Andy Cohen Dishes on Denise’s RHOBH Drama, Dorinda’s “Villain” Persona on RHONY and Nene Storming Off RHOA Reunion, Plus He Talks Filming Delays on RHOD, RHOC, and RHONJ and the RHOSLC’s Premiere

by Lindsay Cronin May 22, 2020 67 comments
ShareTweetWhatsappPinterestRedditTumblrMailFlipboard 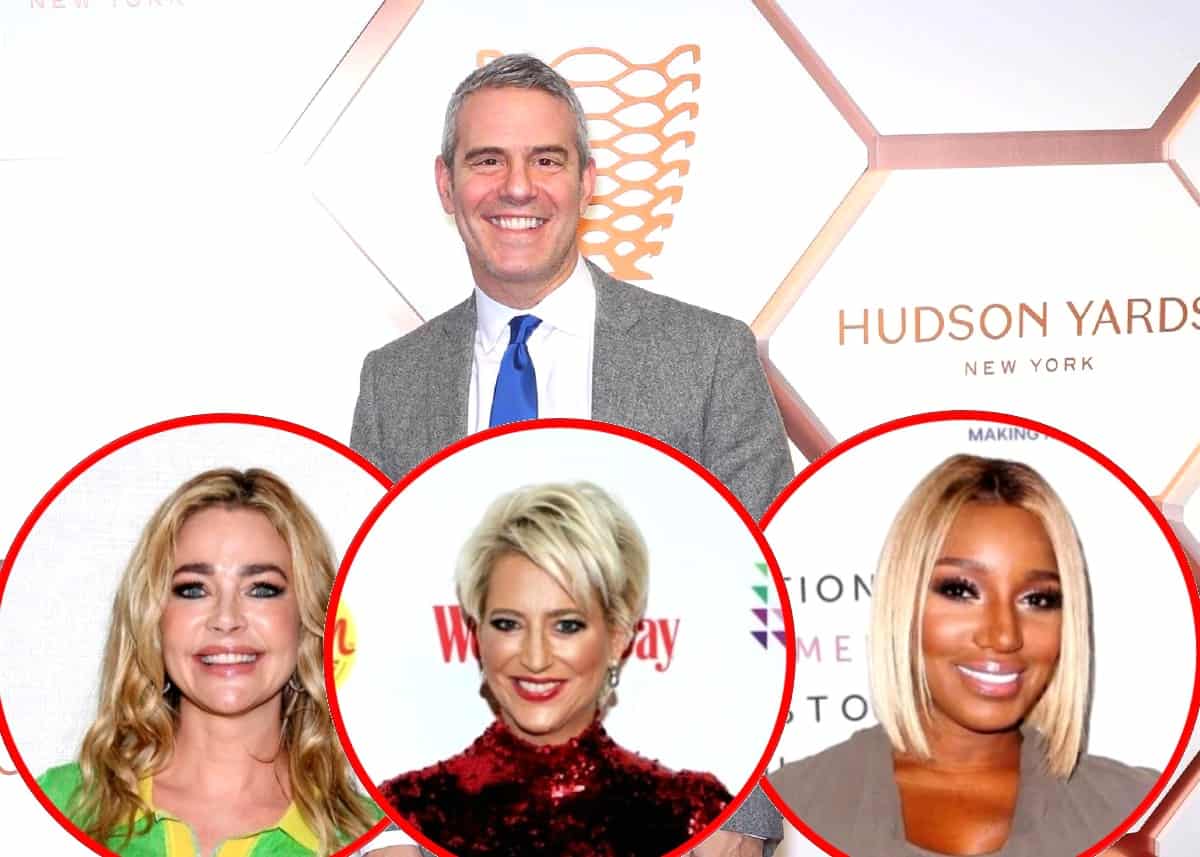 Andy Cohen has revealed exactly when fans will get their first look at Brandi Glanville on The Real Housewives of Beverly Hills season 10.

“[Brandi] makes her first appearance at episode 10,” Andy confirmed to Entertainment Tonight on May 20.

While Andy didn’t reveal details about when the drama surrounding Brandi and Denise Richards would start to air, he noted that everything “plays when it is relevant to play,” including the moment in which Denise yells, “Bravo, Bravo, f**king Bravo.”

As RHOBH fans will recall, the dinner in which Denise yelled the phrase aired last week, but when it comes to that particular moment, Andy revealed it will not be seen until a flashback scene later in the season.

“I know that a lot of [Lisa Vanderpump’s] fans didn’t like it that — they felt like she was kind of the focus of a lot of drama that they didn’t want her to be involved in [last season],” Andy said. “So, I think it’s great that the women were able to move in their own directions and they’re certainly a group of MVPs, and there’s a lot going on this season without Lisa and, you know, it’s great. It’s a whole energized show and people are really loving it and the ratings are up.”

Also getting a lot of attention is the first-ever virtual RHOA reunion. However, while there are rumors suggesting Nene may have not returned after her part-two storm-off, Andy wouldn’t confirm or deny a thing.

“I don’t know if I want to give that away, but the conversation — there are some surprises in part three,” Andy said.

According to Andy, he was surprised by Nene’s early exit because he felt she came into the reunion in a great place with her castmates.

“She had such a great second half of the season. She made amends to everybody. She has a great song out, so she came into the reunion in a really great place, I think, but didn’t enjoy it,” he explained.

Moving on to the Real Housewives of New York City cast, Andy addressed Dorinda Medley‘s new “villain” persona, which has been prompted by her seemingly unprovoked attacks against co-star Tinsley Mortimer.

“I think she was not in a great place this season,” Andy said of Dorinda. “She’s got a lot of anger that doesn’t necessarily… on the show, it looks like she’s just so mad at Tinsley, but when you take a more global view of what’s going on in her life, I think you’ll see that she’s got more going on that she’s upset about that you’re not hearing about.”

As for the rest of the RHONY cast, Andy said he was excited about the addition of Leah McSweeney and shot down reports of a potentially dramatic cast change ahead of season 13, saying it is too early to make any such decision.

“They’ve been shooting some stuff themselves, [and] we’re anxious to start getting them all back together, obviously, but we have to wait and respectfully watch and see when it’s safe enough to do it,” he said of the RHONJ and RHOC casts.

Also during the interview, Andy hinted that the debut season of RHOSLC will likely begin airing on Bravo sooner rather than later.