Dorinda Medley Slams Ramona’s Claim That She Feels Life “Cheated” Her After Husband’s Passing, Says Luann “Didn’t Mean” to Kick Sonja Out of Her Cabaret Show and Blames RHONY Ladies’ Behavior on Drinking 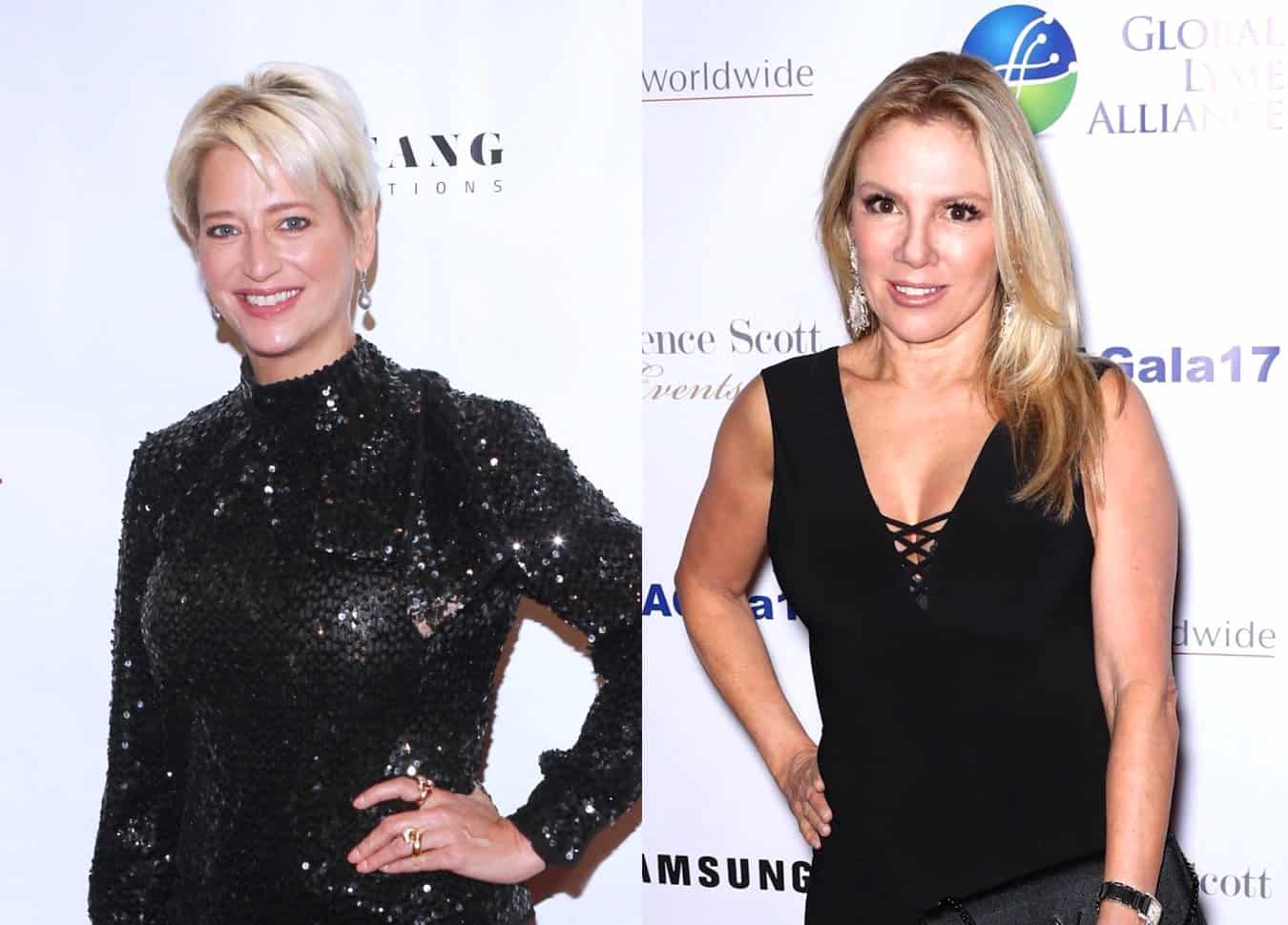 Dorinda Medley is firing back at Ramona Singer‘s shade.

While tuning into the July 9 episode of The Real Housewives of New York City, Dorinda took to her Twitter page to respond to Ramona’s claim that she still hadn’t properly mourned the death of her husband Richard Medley and felt life had “cheated” her.

“Thank you @CountessLuann,” Dorinda responded. “Even though I got cheated ????????❤️ #weloveourhomes.”

Dorinda also updated her YouTube channel while tuning into the show, breaking down the episode in her own “After Show” video.

First, Dorinda addressed her discussion with her housekeeper, Len, about setting boundaries with Ramona, as Ramona often treats the house staff as her personal assistants.

“I love it, because when we go to Ramona’s house, she wants us to clean her dishes, clear her yard, make our beds, do everything — which is fine! I’m a great guest,” Dorinda stated. “But when she comes to my house, she treats it like a hotel! She does nothing.”

The 55-year-old then watched Ramona’s line about Dorinda seemingly feeling “cheated” by life and shook her head, smirking.

“Do you notice the theme here with Ramona? She doesn’t even know what she’s talking about, she just keeps going on about the same thing ’cause she has nothing else to talk about! Everyone’s bored,” she scoffed.

Dorinda watched right before all hell broke loose between Luann and Sonja Morgan, with Luann kicking Sonja out of her cabaret show after Sonja revealed her grievances over allegedly being paid only “$225.”

“That was all about the drink. Lu didn’t mean it. Sonja was feeling vulnerable. They love each other,” Dorinda explained. “Let’s see what happens tomorrow morning, but I know we’re all gonna be fine because Lu loves Sonja, Sonja loves Lu, and sometimes that early afternoon drinking doesn’t turn out well.”