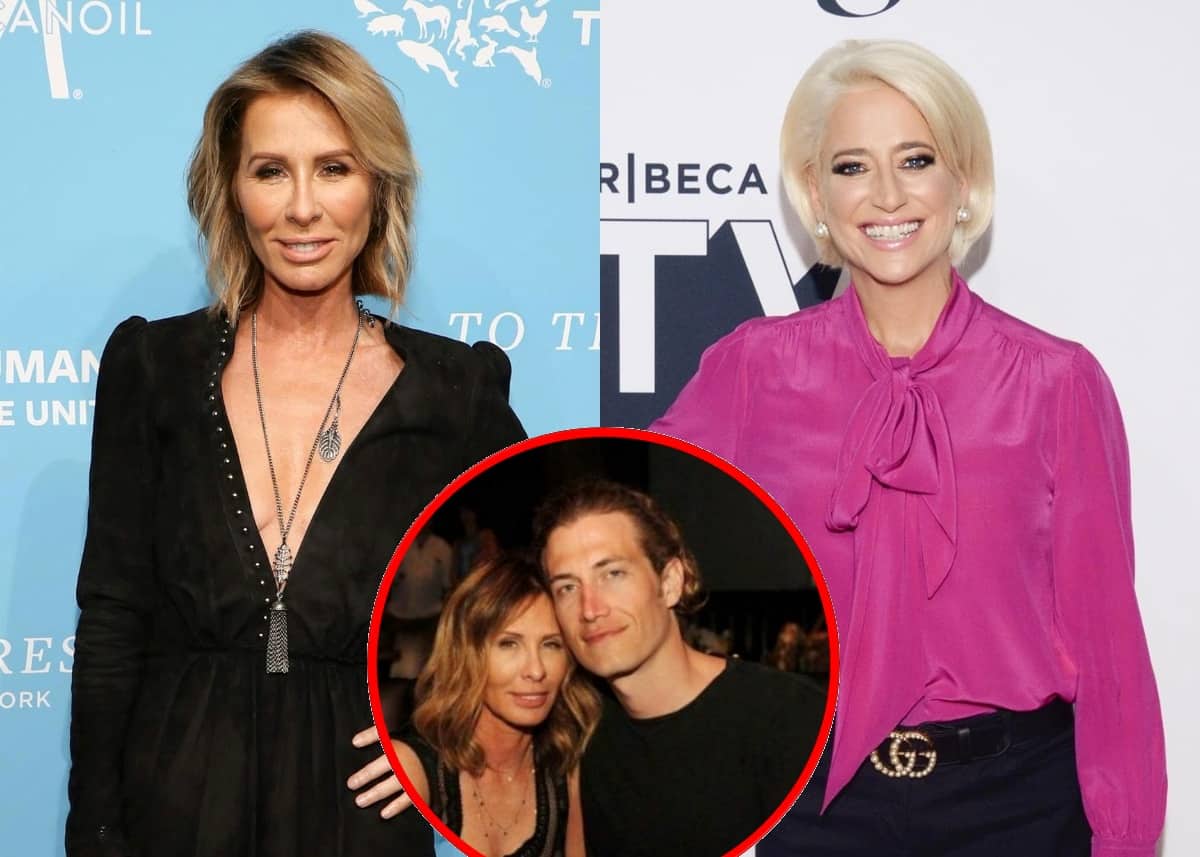 In a series of photos and videos shared to their Instagram pages and Instagram Stories, Carole, Dorinda, and Adam were seen enjoying the outdoors at Dorinda’s home in The Berkshires, the Blue Stone Manor, which experienced a flood prior to the start of production on season 12 last summer.

“Venturing out of NYC for the first time since quarantine never felt so good. Sunshine, country air, and these two fresh water pearls……,” Carole wrote in the caption of a July 6 photo in which she was seen floating on a pool raft beside Dorinda and her daughter.

In addition to her Instagram photo, Carole also shared a series of images on her Instagram Stories, the first of which featured two polaroid photos of herself and Dorinda. 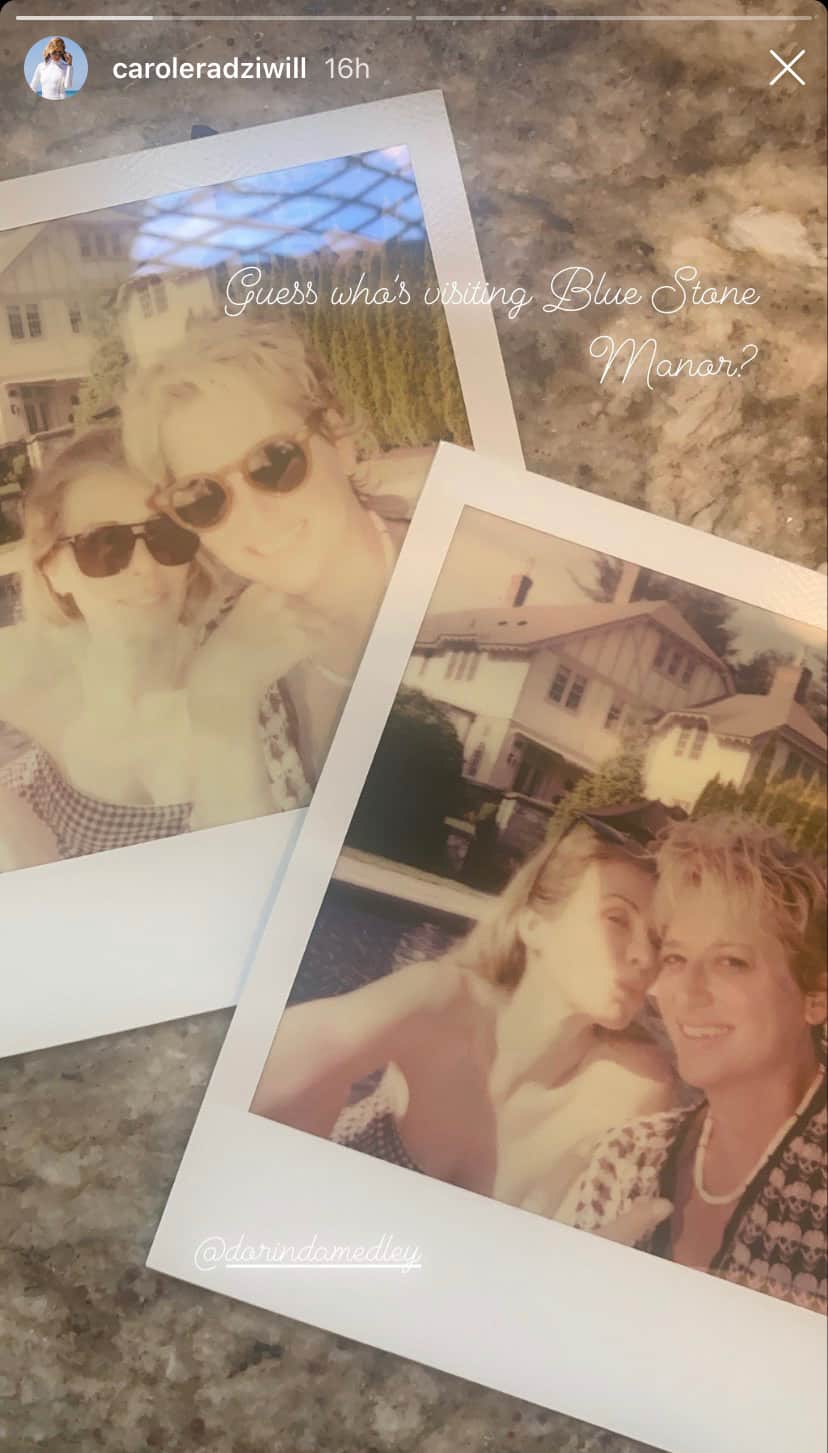 Dorinda also shared a photo of the time they spent together on her Instagram Stories.

“Sunday funday,” she wrote with her post, which included a pic of her and Carole enjoying some watermelon on a stick. 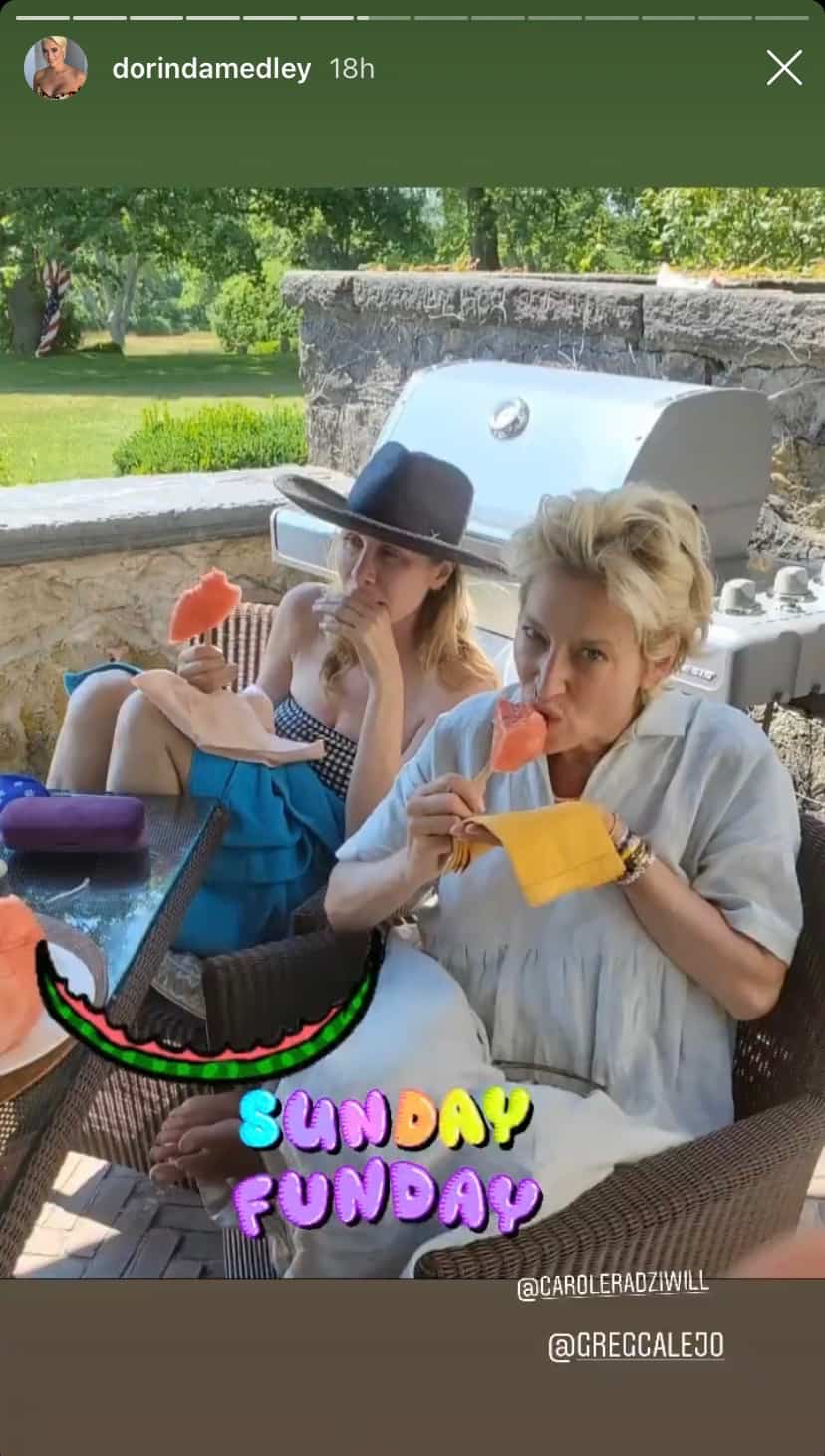 Carole’s former boyfriend, Adam, wasn’t seen in any of Carole’s posts but he did share a photo of Carole sitting by the pool on his own Instagram Stories. 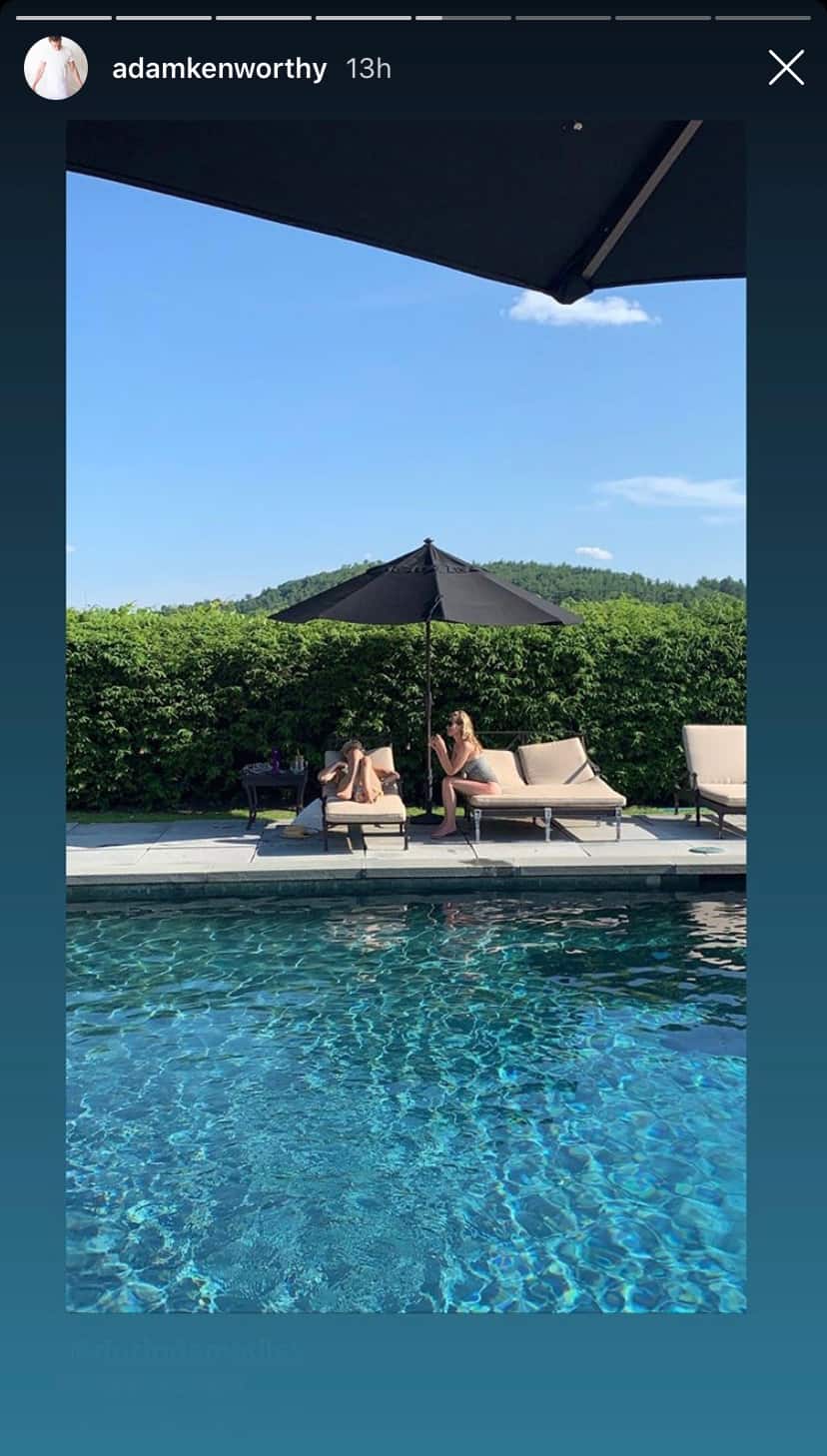 Also during his visit to Dorinda’s home, Adam filmed Carole and Dorinda discussing the nice dinner they were having with him and their friends. 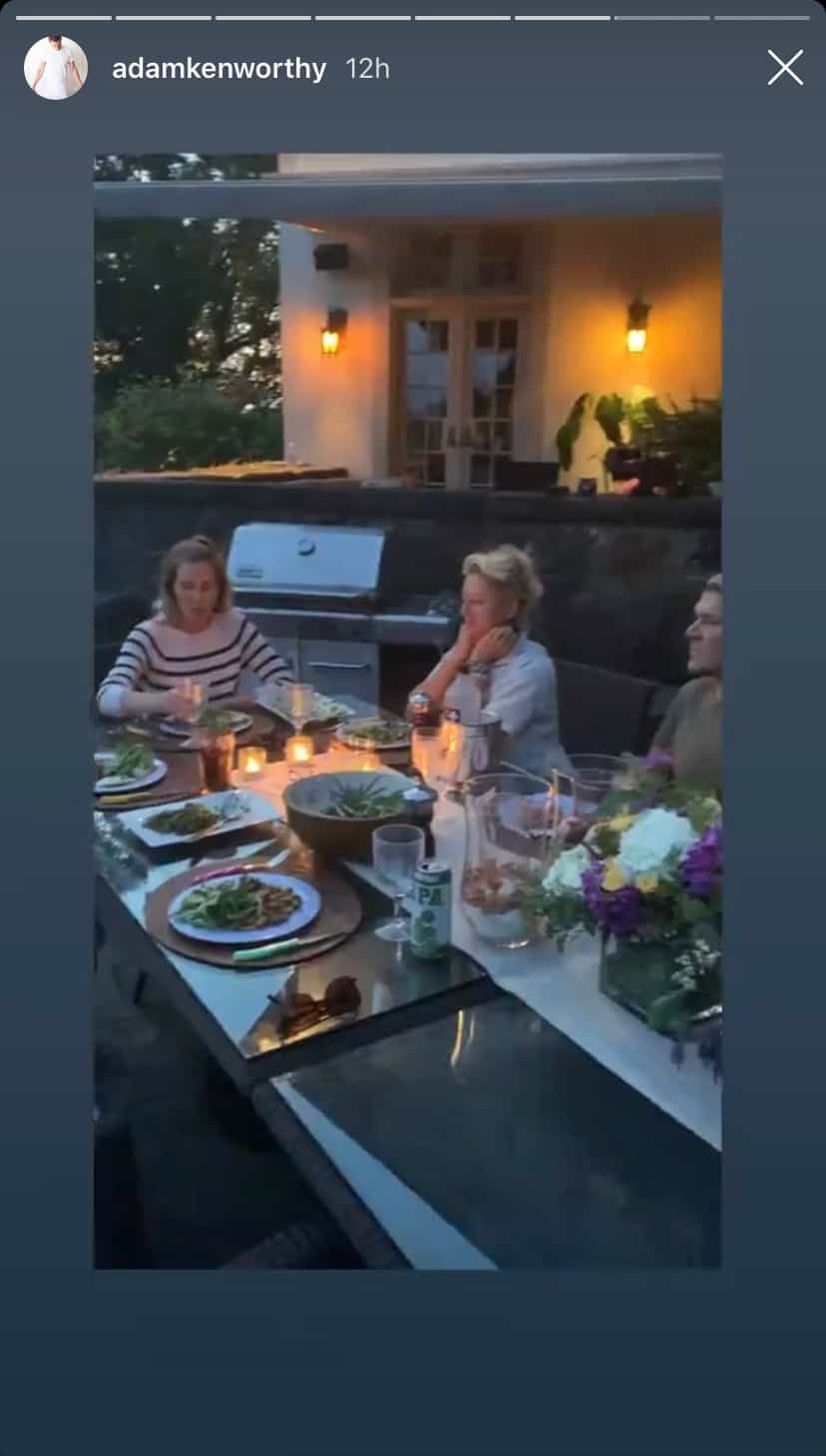 While Carole announced she was leaving the RHONY cast two years ago, she has maintained a relationship with Dorinda in the years since. She recently addressed her friend’s breakup from ex-boyfriend John Mahdessian by applauding her former co-star’s character.

“[She and John] are not together but I don’t think there’s any bad blood between them. They’re managing a friendship,” Carole explained during a March episode of Heather McDonald‘s Juicy Scoop. “[And] that’s very like Dorinda. She’s not going to cut you out of her life after you’ve been in her life for seven years.”