Home Real Housewives of Beverly Hills News Sutton Stracke Slams Teddi For Her Behavior on RHOBH: “Why Is This Necessary?” Plus She Talks Standing Up For Denise Richards Amid Brandi Rumors

Sutton Stracke Slams Teddi For Her Behavior on RHOBH: “Why Is This Necessary?” Plus She Talks Standing Up For Denise Richards Amid Brandi Rumors 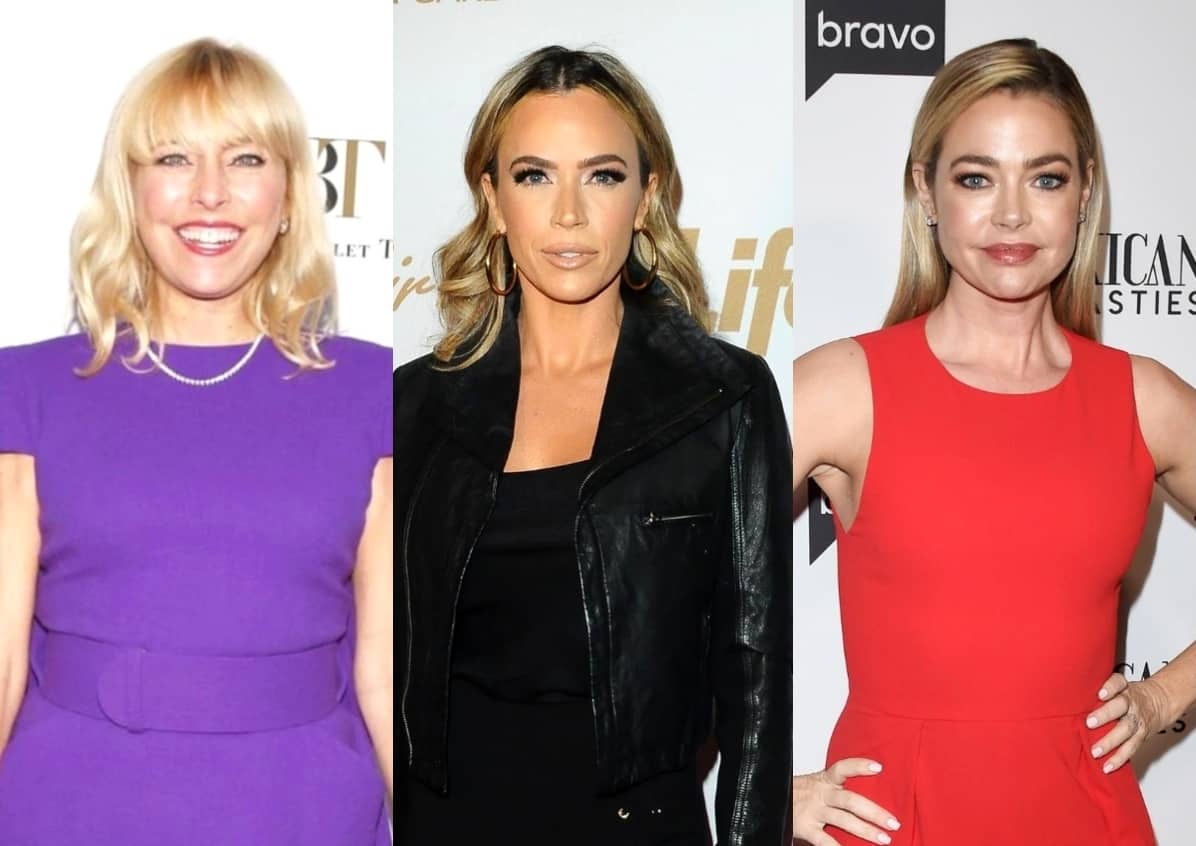 Sutton Stracke is speaking out against those alleged affair rumors involving Brandi Glanville and Denise Richards.

In last week’s bombshell episode of The Real Housewives of Beverly Hills, when Teddi Mellencamp confronted Denise about the rumors, Sutton noted in her confessional how she had heard the hookup rumors before but chose not to say anything.

Now, in a new interview, the newfound reality star is dishing the details of her POV on the rumors. Plus, she discusses why she didn’t condone Teddi’s machinations and why she is still standing behind Denise.

“I had heard [the rumors] a year and some time before that, before I was even asked to be on the show. So when it came up at the dinner table, I was like, ‘Oh, I remember this now.’ Because I had heard that in September 2018,” Sutton told The Inquisitr. “It didn’t pertain to me, so I heard it and went ‘okay.’ And didn’t care. I was worried about myself. So then when I heard it, it sparked that memory and I was like… ‘I have heard this before.'”

Sutton continued by explaining how struck she was by Teddi’s frankness on the Rome trip, noting that she disapproved of her bringing up the “sensitive topic.”

“I was just like, why is this necessary? I can understand if you’ve heard that someone has talked about you behind your back, bringing that up. That I get. But she didn’t just do it for herself. She also said, ‘And you said this about her, and you said this about her,'” Sutton recalled. “I don’t think that bringing up the alleged affair was necessary. I really don’t. That’s a very sensitive topic, and I think she could have waited.”

After standing up for Denise during the dinner-from-hell conversation, Sutton clarified that Denise didn’t thank her for her defense … although she’s not too pressed about the situation.

“No, well, I mean, she didn’t thank me and she certainly … I don’t think she needs anyone coming to her defense,” Sutton stated. “I think that Denise can defend herself. Denise and I had gotten a little bit closer going into Rome and, even that evening, we all went out for a room and she called me and was really upset. I thought ‘She’s gonna leave Rome.’ And I told her, ‘Just please don’t leave. Call your husband like right now and get your house in order.’ That was my advice to her.”

Sutton also knew when it was time to take a step back, reflecting on the moment Denise stormed off from the cast dinner and announced her departure from the trip.

“When she said she was going to call a lawyer. I was like, ‘Oh gosh.’ I try to stay out of serious personal business with people unless I am directly involved. Yeah. That’s a different situation and I just kind of go, ‘Oh, wow. Oh, okay,’” she explained.