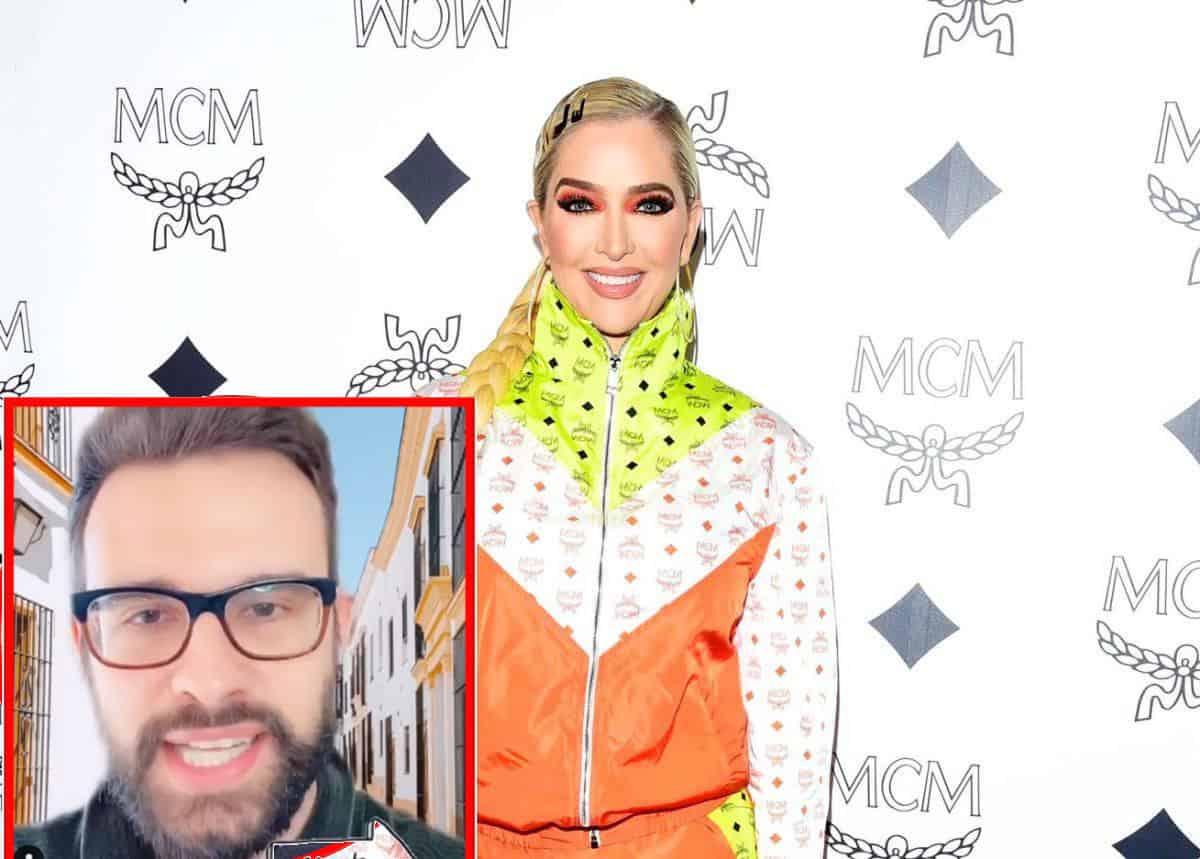 Erika Jayne‘s publicist recently fired off an email to TikTok star Amir Yass, who accused the Real Housewives of Beverly Hills cast member of being a “nightmare” to work with last month and suggested she may have gotten him fired.

Weeks after Amir shared a series of controversial videos on his TikTok account, he surfaced on Instagram, where he defended the comments he made against Erika after reading the email he was sent to his fans and followers.

“I have handled PR for Erika Jayne for 10+ years and you spreading lies about her in your other videos is not very professional,” the email began.

“I was actually at the very interview you were talking about at her office and I remember it well. You sat down at the table and did not move [from] there, and you were no where near the area where the interview took place. Diana is a friend of mine as well and Erika did not get you fired,” the message continued. 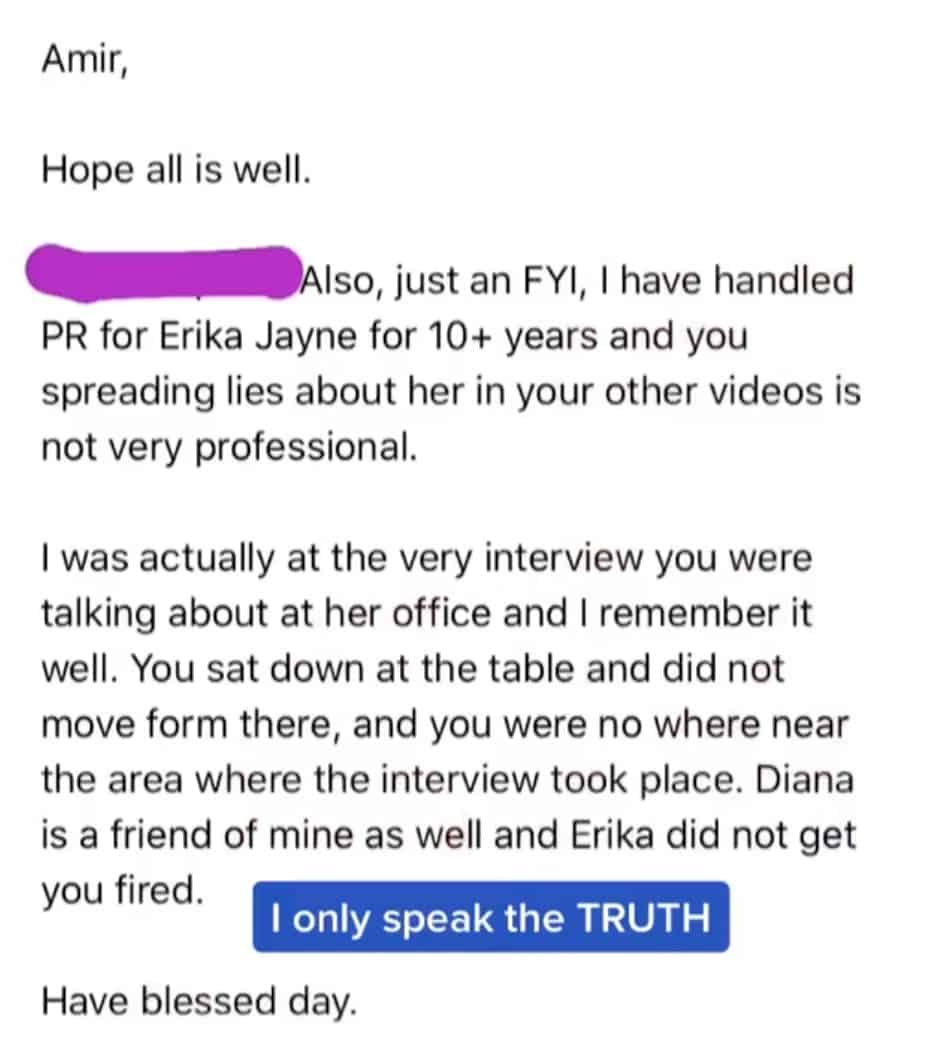 In his video, Amir offered a response.

“Um, they’re not lies. Just because you don’t like them, don’t mean they’re lies. Just want to make that very clear!” he confirmed.

As for the publicist’s suggestion that Amir was nowhere near where the interview was held, Amir insisted he was right next to the interview and claimed the office where it was held was “the size of a tuna can.”

“I could hear it from across the office and I was right next to the wall because I was helping Diana,” Amir explained of his former boss, Diana Madison.

In addition to slamming Erika in his previous posts, Amir lashed out at Lisa Vanderpump, who he also described as a “f**king nightmare,” and he recalled an encounter he had with the supposedly “difficult” Andy Cohen on a plane.

“I’ve never actually worked with [Andy] but I saw him on a flight to New York and he was having a breakdown,” Amir shared. “The flight kept getting delayed and he was like, ‘Do you know who I am? I am late night. I have Watch What Happens Live.’ Why weren’t you flying private, girl, having a break down? I’ve heard that he’s very difficult from other publicists .”