RHOBH Cast Fights Back Against “Mean Girls” Diss by Denise Richards as Erika Says Cast is Simply “Opinionated,” Plus Teddi Questions Why Denise Brought Up Brandi Drama Again in Rome After Asking to Drop Topic 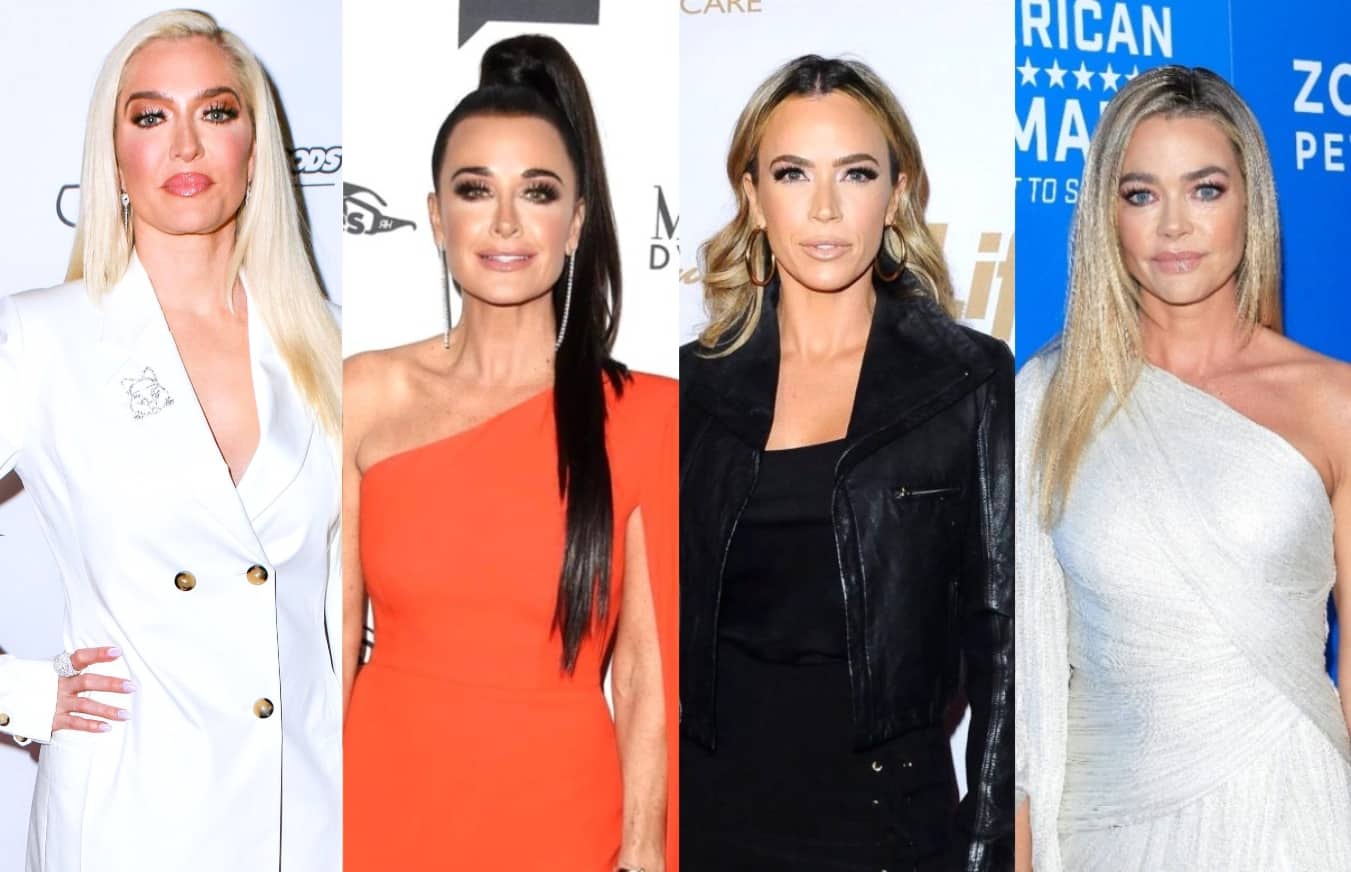 The Real Housewives of Beverly Hills cast is fighting back against Denise Richards‘ claim that they are “mean girls.”

Following Denise’s speech in Rome, during which she accused her co-stars of continuously attacking and refusing to believe her account regarding what did and didn’t happen between her and Brandi Glanville, Sutton Stracke poked fun at Denise’s “table-speaking skills” before slamming her for making a “really bad misconception” about the cast and accusing her of attempting to portray herself as a “victim” as the rest of the women weighed in.

“[I was] completely shocked. It was out of left field for me, completely. I guess she got her table-speaking skills from Aaron because it was like a thesis paper she was reading to us,” Sutton joked on the RHOBH: After Show.

“I just let her go through her speech that she worked on all night,” Kyle Richards agreed. “I was like, ‘Go ahead and read your speech.'”

“I don’t think we’re mean girls. I think that we are opinionated women and I think we are here to tell our side of the story, how we see it,” Erika said. “I think those are words that people like to assign to us.”

“It’s not fair or accurate portrayal. I don’t believe that anybody is a mean girl in our group or is set out with that intention,” Dorit added.

As for Teddi Mellencamp, she told her RHOBH producer that she was taken aback by Denise’s seemingly rehearsed statements against the group.

“You see us all staring at her as she’s saying it like, ‘You are the one who wanted to drop it and not talk about it again but now that you’re prepared, it took you four nights or however many nights, now you want us to perfectly let you give your speech and really, you’re not addressing the issues we’ve ever had.’ So I was just quiet,” she recalled.