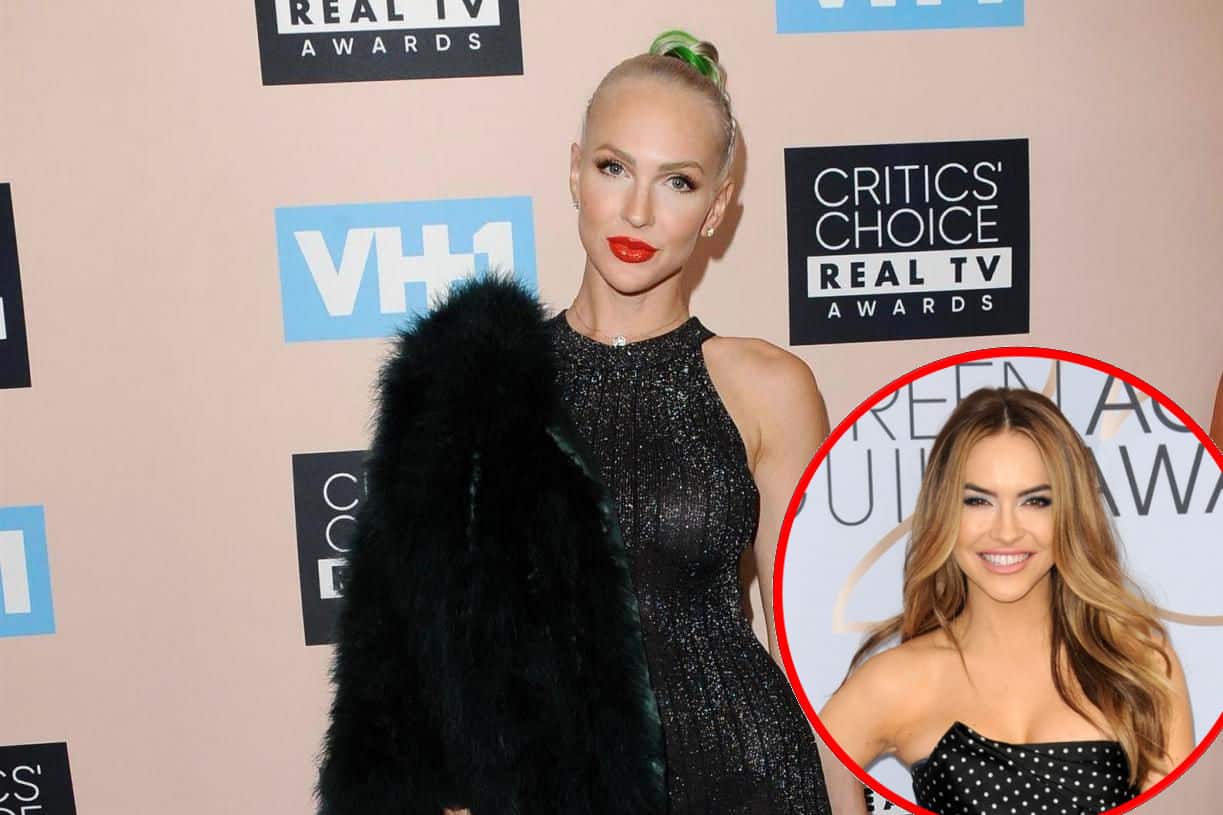 What ever happened to Davina Potratz‘s $75 million listing on Selling Sunset?

During a recent interview on Vanderpump Rules star Scheana Shay‘s podcast, Christine Quinn revealed whether or not the home has sold before explaining why she’s disappointed with her wedding coverage on the Netflix series, revealing who she’s friends with on the show, and discussing her real estate commissions and mental health.

“[Davina] still has the listing,” Christine confirmed on Scheananigans, adding that the COVID-19 pandemic certainly hasn’t helped the owners unload the property.

In addition to the many gorgeous homes featured on Selling Sunset season three, Christine’s wedding to husband Christian Richard was also seen. Unfortunately, it was featured in a much smaller capacity than the two of them expected.

“They had been telling us, ‘Your wedding is going to be an extended finale,’” Christine said of her producers. “I’m really disappointed. I’ve been doing press for days and that’s the first comment they say [is], ‘I’m really disappointed at the lack of time we had at your wedding. That was the most fabulous scene any [reality television show] has ever seen and they didn’t take advantage of that.’ And I feel the same way.”

“I feel extremely disappointed,” she added.

As for her friends on the show, Christine said she’s close to Heather Rae Young, Davina, and Maya Vander.

“[Mary Fitzgerald] and I don’t really talk. However, I did wish her a Happy Birthday. [Chrishell Stause] and I definitely don’t talk. [Amanza Smith] and I are good friends, even though in the show it looks like we hate each other. I talk to her everyday. I would say the only girls that are estranged are like… Chrishell and Mary are kind of in their own world,” Christine revealed.

While Christine and Mary were once close, Christine claims the pressure of realty television led to their friendship’s demise.

“The show is the only reason [Mary and I’s] friendship fell out because with the show, you’re forced to talk about things a million times. It’s not natural,” she explained. “It’s really hard. You replay it and you live it and people talk about it. It’s hard. It’s this weird dynamic that we never had before. They want you to hate each other.”

In addition to the on-screen drama the ladies of the show endure, they’re also selling homes. That said, they may not be making as much as you think. In fact, according to Christine, her split is not nearly as large as other agents who work for different firms.

“[Jason Oppenheim] spends a lot of time on marketing and that’s what he prides himself on. He’s like, ‘Yes, you don’t get a huge commission because I provide all this amazing marketing.’ And it’s true,” Christine admitted. “I totally get that.”

“Basically how it works is commission splits can be anywhere from 60 to 65 to 75 to 80. I’ve seen up to 90 percent. It just depends,” she continued. “And then for us, also off the top, [Jason] takes an additional 10 percent for brokerage fees and marketing. So, it’s different for everyone.”

Then, throwing a bit of shade, Christine joked about Mary’s closeness to Jason, saying, “I think some girls have different splits… Mary.“

Also during her chat with Scheana, Christine opened up about her mental health struggles, revealing that she is happy to see that so many public figures have spoken out in an effort to get rid of the negative stigma.

“Even before the television show, I always had anxiety and depression. It’s something that I always suffered with. If anything, the show definitely amplified it. So when we started filming, I had to get on Lexipro,” she shared. “It’s something that I take on a daily basis and I feel so evened out and so much better.”

“I’m happy that people are talking about it and being like, ‘Yeah, it’s okay to not feel okay all the time.’ I don’t think people should be shamed for it,” she added.