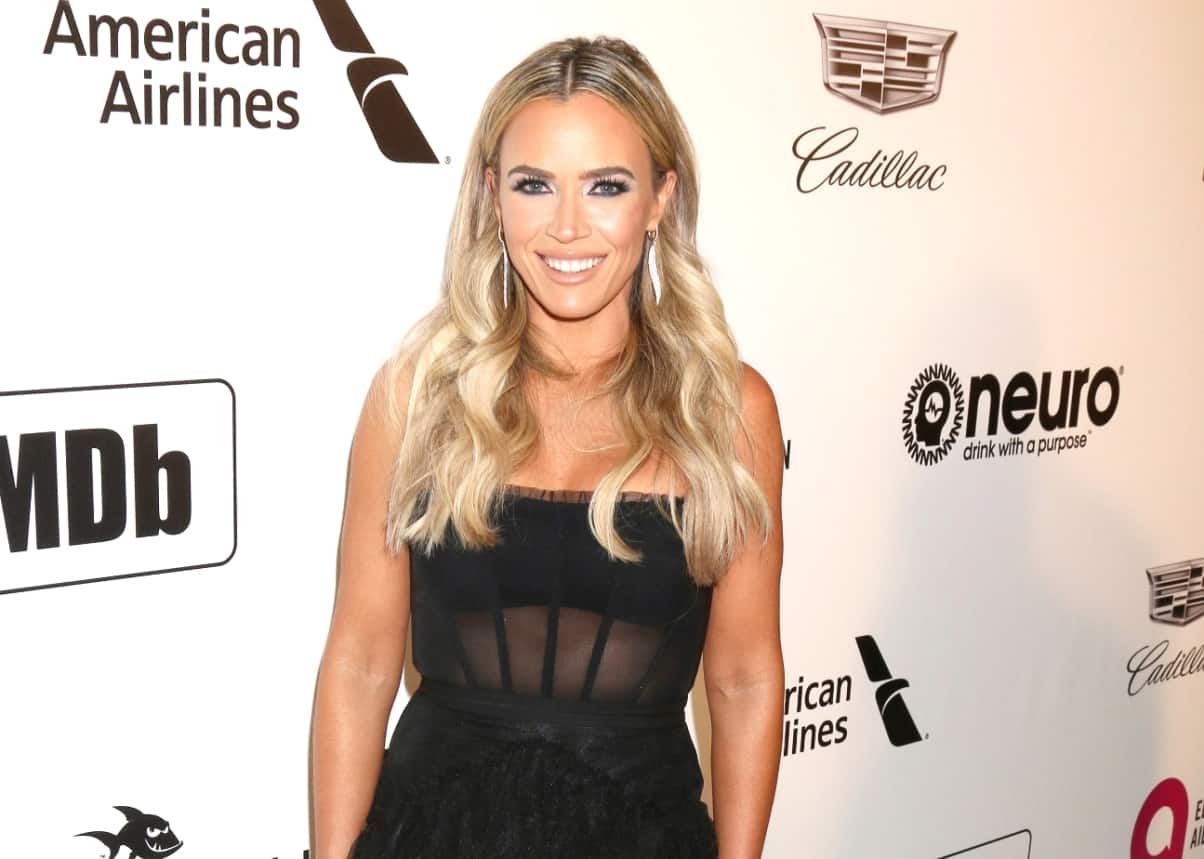 Sorry, haters, Teddi Mellencamp is not leaving The Real Housewives of Beverly Hills.

While Teddi recently began trending on Twitter after a supposed announcement about her exit from the show began circulating, she has since confirmed that the message was nothing more than “fake news.”

“Hope everyone enjoys tonight’s episode of #RHOBH – it’s a bumpy ride!” the fabricated tweet read. “After 3 seasons, I have decided to walk away from the show. I wish the cast, production and Bravo all the best in the future seasons, and I am grateful that I have made some lifelong friends out of this experience.”

While Teddi certainly has made some great friends in the years since she joined RHOBH for season eight, season 10 will not be her last go-around with the series — at least not if it’s up to her.

After catching wind of the fake tweet, Teddi shared a screenshot of the post with her fans and followers on her Instagram Stories and confirmed she had nothing to do with the message.

“I didn’t tweet this but thanks for the extra press,” she stated. 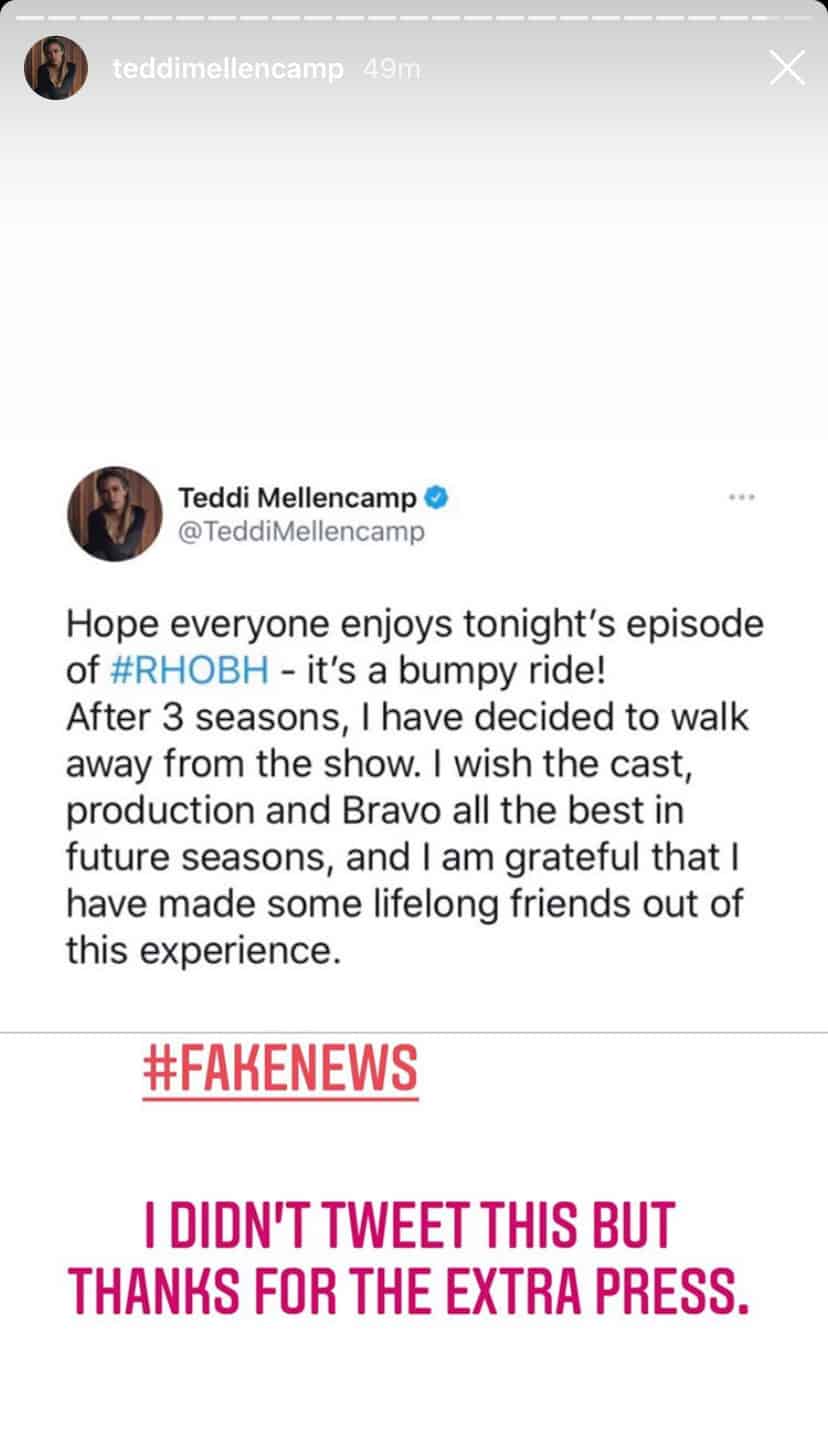 “Whoever made that fake tweet thanks for the extra press,” she wrote, along with a crying-while-laughing emoji.

News of Teddi’s supposed departure from the RHOBH cast comes just days after the mother of three was forced to take a stand against online bullies who were wishing harm on not only her, but also her children, on social media.

“I had so many comments on my last post saying they wish I was dead, wishing harmful things on my children. And that’s really where enough is enough,” Teddi explained. “You guys tune in for drama, then enjoy the drama, but coming after people you do not know and wishing they died has got to stop.”