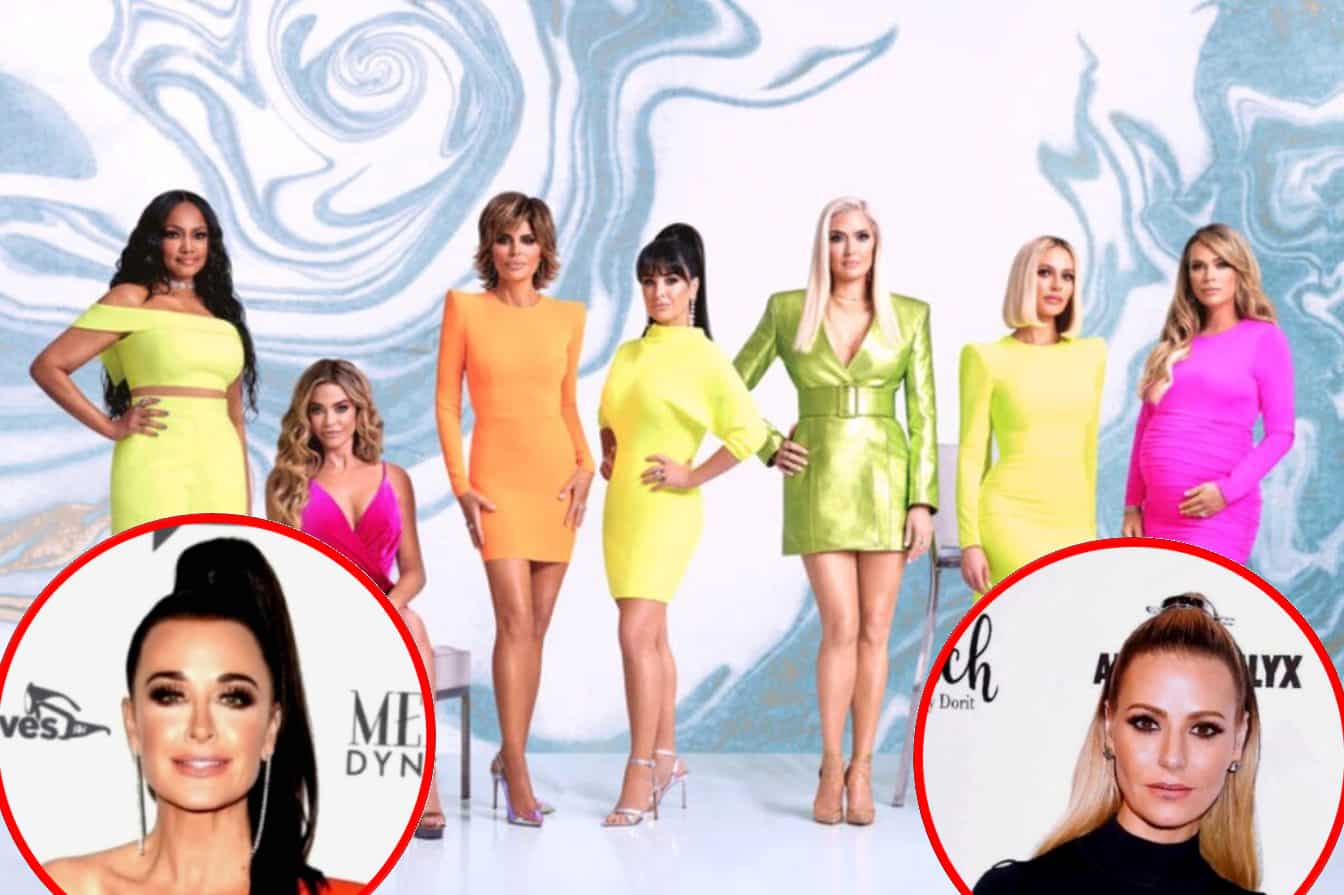 The finale air date for The Real Housewives of Beverly Hills season 10 has just been confirmed.

As Kyle Richards fought back against the backlash she received due to her comments about Dorit Kemsley‘s latest business venture, Buca di Beppo, on Instagram, Bravo revealed on their official Twitter page that the final episode of the season will be airing later this month.

On August 1, after confirming the premiere dates for The Real Housewives of Potomac and Backyard Envy and sharing the air date for their Race in America special, the network told their fans and followers that the season 10 finale of RHOBH will air on Wednesday, August 26. 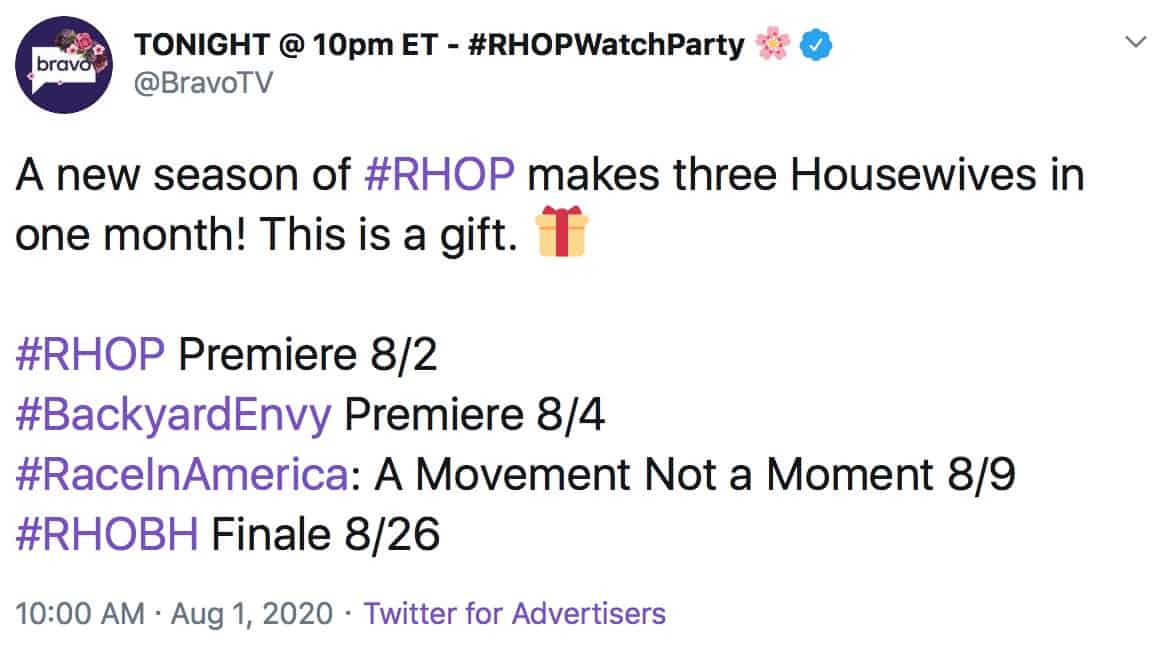 According to an additional report from the Bravo Guru on Instagram, the RHOBH finale will likely be followed by the “Secrets Revealed” episode on September 2 and the three-part reunion special the following week.

Ahead of the finale event, Kyle was forced to defend herself to an Instagram user after she was seen mocking Dorit’s accent and her restaurant in a clip shared by a RHOBH fan page on Instagram.

“I mean, you gotta love Dorit. She’s speaking in Italian even though the waiter’s speaking English and the menu’s in English,” Kyle said in a cast confessional. “I have a feeling Dorit’s gonna have a new accent when we leave Italy. She’s gonna be greeting her customers at Buca di Beppo… ‘Welcome to Buca di Beppo! Have some meatball, rigatoni, pomodoro.'”

After the clip was shared, the fan pointed out that Kyle’s comments weren’t funny, but sad.

“The fact that Kyle thinks this was funny… sad actually. She is know [sic] one’s friend – making fun of, mocking a “friend’s” new business venture screams insecurity,” the person wrote in the comments section of the clip.

In response, Kyle reminded the fan of comments Dorit made about her clothing line earlier this season.

“If you recall Dorit made fun of my business at the beginning of the season,” Kyle stated. “With my clothing line and fashion show. We tease like this. We are asked questions in our interviews and answer them so that people like you can then in turn make fun of us.” 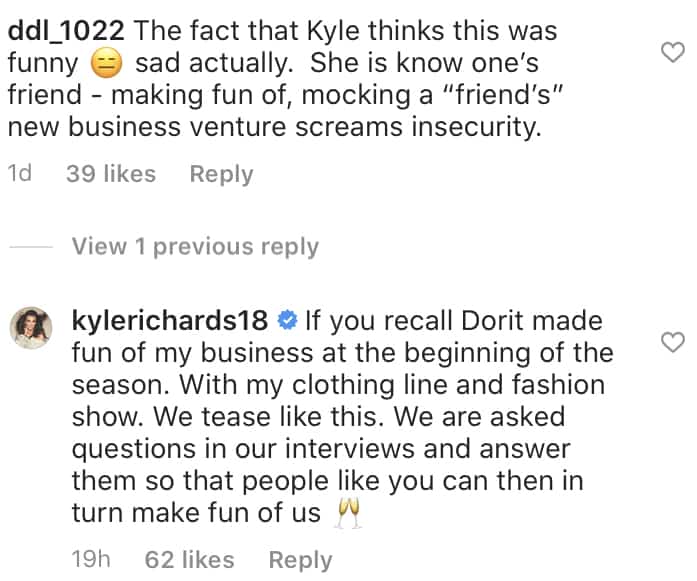