Home Vanderpump Rules Scheana Marie Claims She Got “Wasted” With Jennifer Aniston and Explains How She Ended Up in a “Throuple” With John Mayer and a Cast Member of The Hills, Find Out Who as the Vanderpump Rules Star Credits the Singer For Her Reality Career

Scheana Marie Claims She Got “Wasted” With Jennifer Aniston and Explains How She Ended Up in a “Throuple” With John Mayer and a Cast Member of The Hills, Find Out Who as the Vanderpump Rules Star Credits the Singer For Her Reality Career 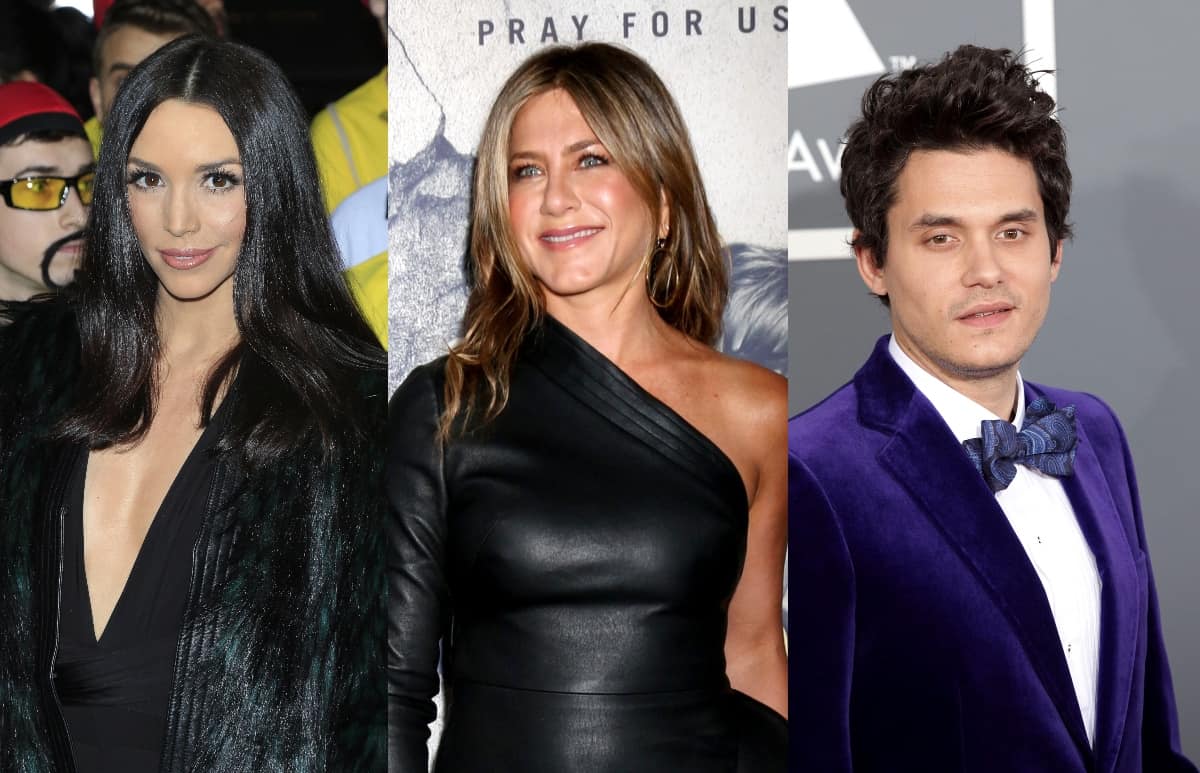 Scheana Shay has quite the history with singer John Mayer.

While chatting with Jessica Hall and Heather Rae Young on their podcast earlier this week, the Vanderpump Rules cast member opened up about her time working at the exclusive Havana Room in Beverly Hills and revealed that she actually would have never landed a gig with Bravo if it weren’t for the time she spent with John.

“I got called in to work a private birthday party for a celebrity. So I get there and freaking John Mayer and Jennifer Aniston walk in. [And] I end up getting wasted with them,” Scheana recalled of a moment years ago on The Flashbacks Podcast on August 19. “I had to walk Jennifer to the bathroom at one point and then they invited me to go back to her place in the Palisades for an after party. But I was too drunk to drive and I couldn’t commit.”

“A week or two later,” she continued. “[John] comes in with all the boys and one of his friends comes up and he was like, ‘John and Jen broke up. He wants your number. Give it to me and I’ll pass it to him.’”

After ultimately sneaking the singer into her apartment, the two of them embarked on a three-way relationship with her roommate, Stacie Hall, who later appeared on The Hills.

“This went on for about six months. We would go to his house. It became the three of us. We had a little throuple going on,” she explained.

“So does that mean [a] sexual throuple?” Heather asked.

“Yeah,” Scheana confirmed, noting that the relationship took place between 2007 and 2008.

“Everyone always had attention [but] I definitely got a little jealous towards the end of it because I knew he liked her more. I was like, ‘Wait, I brought you into this and now you’re getting more attention than I’m getting,’” Scheana admitted. “And then even after him and I stopped talking, they continued talking. Her and I had a year of an awkward friendship/falling out… It was right when she was starting on The Hills. It was a big jealousy thing because she was getting everything I wanted.”

After Scheana’s relationship with John was ultimately ousted by one of her co-workers at the Havana Room, she was axed from her job for “fraternizing” with a member, and she was ultimately forced to look for a new one. A short time later, she was referred to Lisa Vanderpump and Ken Todd.

“So, if it wasn’t for John Mayer, I wouldn’t be on Vanderpump Rules,” Scheana noted.

Also during the interview, Scheana mentioned her relationship with Brock Davies, who she’s been dating since September of last year. She said that because of all they’ve been through in recent months, they feel as if they’ve been dating for far longer.

“We’ve gotten through a lot in the last couple months, between quarantine, a miscarriage, now moving in together. We’ve had some huge things happen and we keep coming out stronger,” she gushed.