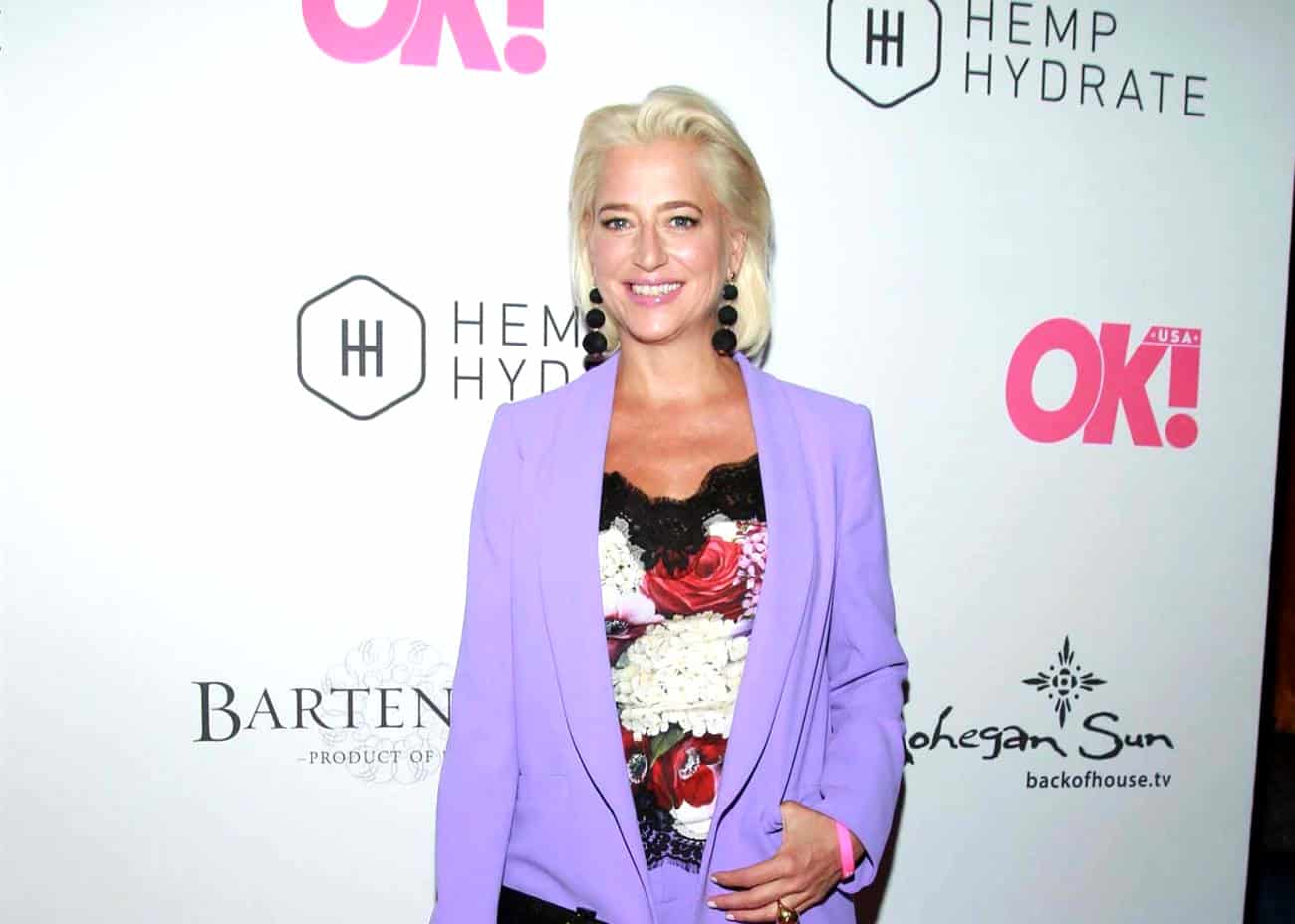 Former Real Housewives of New York City star Dorinda Medley appears to be hoping she will be brought back to the show for its upcoming 13th season.

While Dorinda is said to be ready to put up a fight against Andy Cohen after Bravo allegedly launched a “smear” campaign against her after her exit last week, she shared a positive reaction on Instagram after a fan mentioned that Bravo was reconsidering their decision to let her go.

“Page SIX said Bravo might be reconsidering their decision to let you go, I hope this is true!” the fan wrote.

In response, Dorinda shared a praying hands emoji and a red heart emoji, which seemed to confirm that she is more than open to returning. 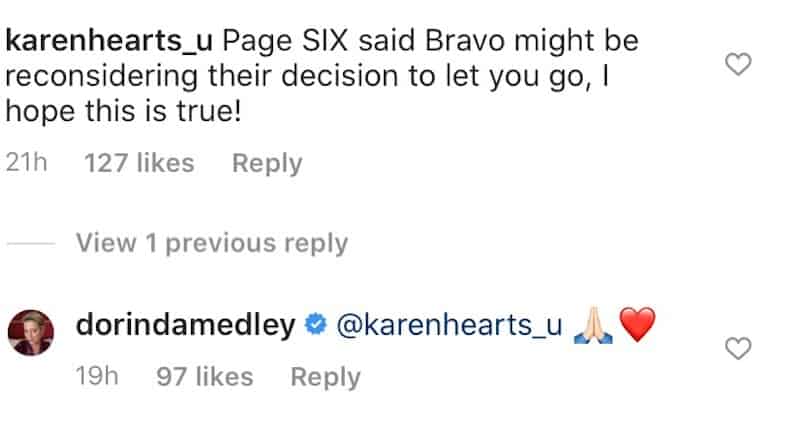 Following news of Dorinda’s exit from RHONY last week, an insider claimed she is ready to put up a fight against Andy after he and Bravo allegedly leaked “nasty” stories about her.

“Dorinda was shocked to see Bravo trying to smear her as a ‘nasty drunk’ after she was fired from The Real Housewives of New York. As if getting fired wasn’t painful enough, now she is seeing nasty leaks to the press that are all lies,” an insider revealed to OK! Magazine on August 26. “[Dorinda] isn’t going to take this lying down [and] will put up a fight.”

RELATED:  Sonja Morgan Reveals Dorinda Medley Was "Very Defensive" at RHONY Reunion Taping, Slams Ramona for Being on a "High Horse" and Explains Why Leah’s Behavior at Ramona's Birthday Was "Worse" Than Hers

“If Andy wants to play dirty, then so will she,” the source continued. “Dorinda has been a main cast member since season 7 and knows everything. She knows how Andy and the producers manipulate the ladies to get them to drink and fight, she knows all about how they are encouraged to attack each other and just how fake the entire show is.”

According to the insider, Dorinda has appeared on WWHL on a number of occasions and is “happy to reveal what happens behind-the-scenes.”

“Let’s not forget that this a show where guest Kathy Griffin claims she was offered cocaine,” the insider added. “He should think twice before he throws the first stone.”

RHOBH Star Brandi Glanville Dishes on ‘Mortifying’ Dinner With Ramona Singer, Slams RHONY Star For B...
Dorinda Medley Was Reportedly Fired Over Her 'Drinking' as RHONY Sources Share How She Could Have Sa...
RHONY Season Finale Recap: Dorinda Goes Off on Leah About Tinsley at Sonja's Party as Luann Debuts H...
In this article:Dorinda Medley, Andy Cohen, RHONY, Real Housewives of New York City