Home Vanderpump Rules Scheana Shay Slams ‘Selling Sunset’s Chrishell Stause as “Fake” and Explains Why She Won’t Mend Their Friendship, Plus the Vanderpump Rules Star Reveals What a “Throuple” Actually is After John Mayer Romance and Talks Boyfriend Brock Davies

Scheana Shay Slams ‘Selling Sunset’s Chrishell Stause as “Fake” and Explains Why She Won’t Mend Their Friendship, Plus the Vanderpump Rules Star Reveals What a “Throuple” Actually is After John Mayer Romance and Talks Boyfriend Brock Davies 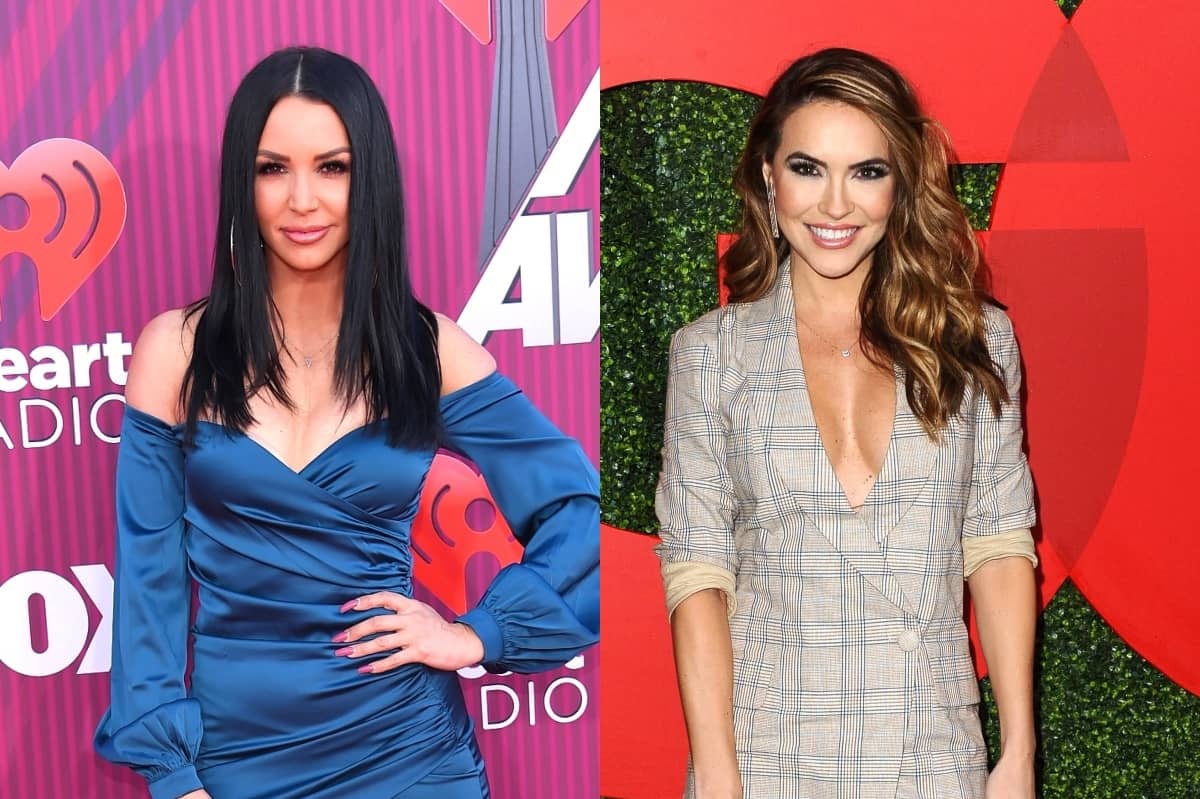 After going public with claims of a “throuple” with The Hills‘ Stacie Hall and John Mayer during an episode of the Flashbacks podcast weeks ago, the Vanderpump Rules star dissed former friend Chrishell, of Selling Sunset, set the record straight about her relationship with Stacie and John, and opened up about her romance with boyfriend Brock Davies.

“I don’t care to [make amends with Chrishell],” Scheana explained during an appearance on Access Hollywood on September 3. “[Our mutual friend] Jamie is one of my best friends and after hearing the way that Chrishell treated her… I was already off the friendship years ago.”

Scheana recently welcomed Jamie to her podcast, Scheananigans, where the two of them opened up about Jamie’s falling out with Chrishell before accusing Chrishell of dumping Scheana after learning the Pump Rules star had exchanged a series of private, but very innocent, direct messages with her now-estranged husband, Justin Hartley.

“After the podcast episode was recorded, I was like, ‘I feel like I’m being fake if I continue to follow this person who I clearly have no interest in having a friendship with.’ So I unfollowed her and then I saw she also unfollowed me,” Scheana revealed, adding, “I have no room for fake people in my life.”

As for her “throuple” reveal regarding John and Stacie, Scheana admitted to having second thoughts about sharing the news.

“After that episode came out, I’m like, ‘Maybe I shouldn’t have said it that way because it sounded like a bunch of threesomes,’” she explained. “And that’s not what a throuple is. We both hooked up with him during the same time period, not necessarily the same time.”

When Scheana was asked if John got in contact with her after the episode aired, Scheana said she hasn’t had any communication with him for quite some time.

“I haven’t talked to him in like a decade. But his songs do come on all the time when Brock and I are driving… and we change the station,” she laughed. “[But] I’m sure the news made its way to him.”

Following the firings of her Pump Rules co-stars, Stassi Schroeder and Kristen Doute, who were accused of racism, Scheana said that when it comes to her podcast, she has a team who makes sure no offensive statements are included.

“I don’t ever want to offend anyone and sometimes I could be making a joke that could hurt someone’s feelings and that’s never my intention. So, I have a great team,” Scheana explained.

Moving on to her relationship with Brock, Scheana said things between them have been “amazing.”

“Our one-year anniversary is coming up in a few weeks and it’s just crazy how much we’ve been through,” she noted. “Between the places we’ve traveled, moving in [together], the pandemic, a miscarriage, and moving in again in [San Diego]… We’ve been through so much and every challenge and every hurdle just makes us that much stronger.”

“I’m just so excited for whatever this next chapter of our life is,” she continued. “But starting it in San Diego is so exciting. It’s a place that anyone who’s known me for a long time knows I’ve always said, ‘I see myself ending up in San Diego.’ I get to come home every night and unwind and be on the water and have peace and happiness and quiet and I love that.”