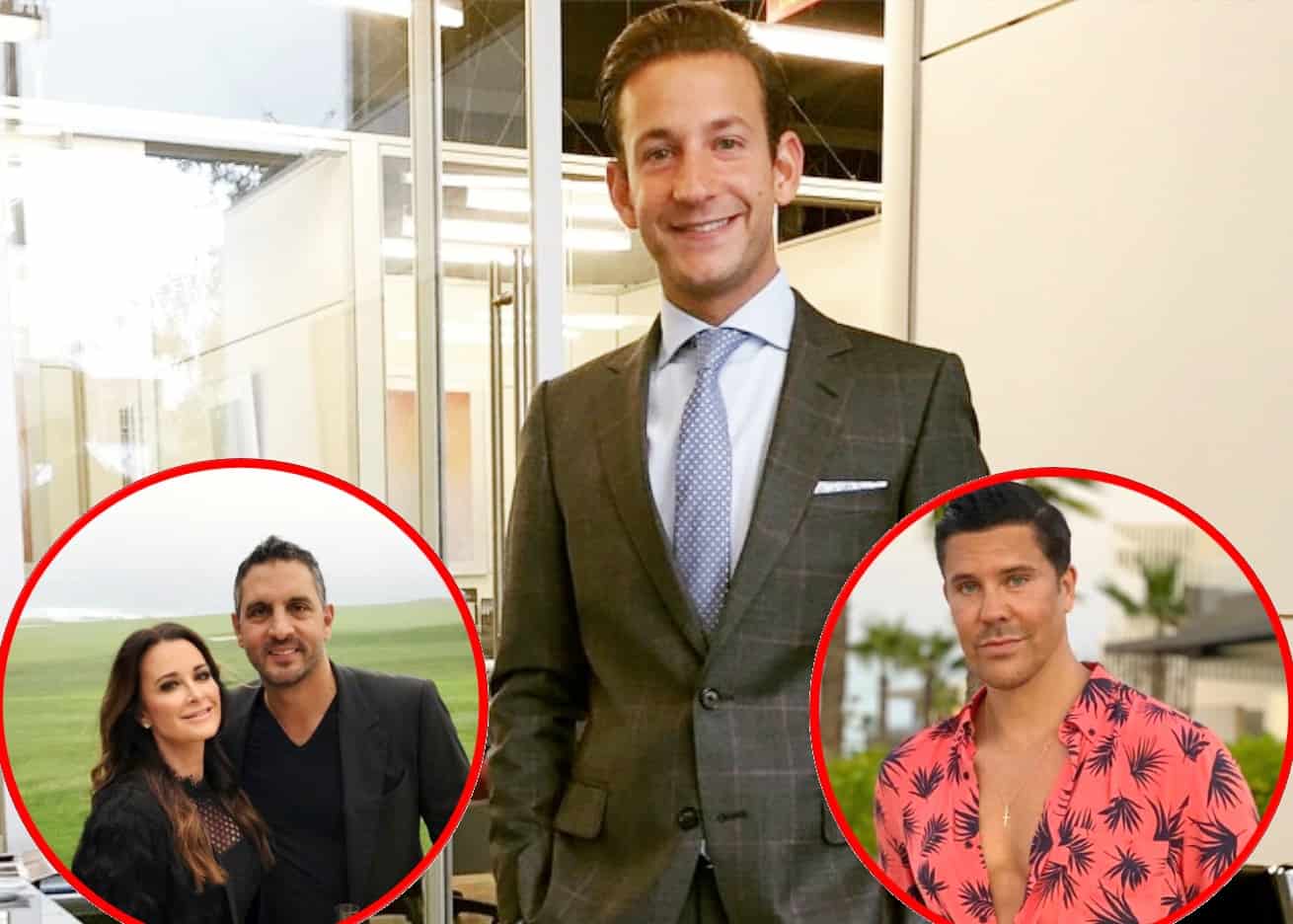 James Harris may have butted heads with Fredrik Eklund on Million Dollar Listing: Los Angeles, but where do they stand today?

During a recent interview with Reality Blurb, James shared how he really feels about his fellow realtor before opening up about his relationships with Real Housewives of Beverly Hills stars Kyle Richards and Mauricio Umansky, reacting to the controversy surrounding Selling Sunset, and much more.

Although James and Fredrik embarked on a bit of a turf war with Fredrik after he came to town from New York City and attempted to get in on one of his business deals, they have since “squashed” their beef.

“I do love Fredrik and I think there’s more than enough business to go around this town and I’m delighted that he’s in L.A., if I’m honest. And he’s actually a good friend,” James explained. “He’s a delight to deal with. We were actually at a private gym and he’s become a dear friend. I’m really fond of him.”

James is also quite fond of Mauricio, who he’s been working for at The Agency for a “long, long time.”

“I absolutely adore him and his wife. Kyle and I are dear friends. I love Mo and Kyle. I think they are great people. Mauricio’s built an amazing company, an amazing brand, and same with Kyle. I love them both,” he gushed. “We go on vacations together [and] I’m huge fans of both of them.”

While the majority of the Million Dollar Listing cast hasn’t changed since James joined the show years ago, the group was dealt with the sudden exit of Madison Hildebrand, who left the series in 2018. Luckily, for James, there was no love lost.

Following Madison’s exit, Tracy Tutor joined the cast and quickly established herself as a force to be reckoned with amongst the men.

“I love diversity. I love a male-female interaction. I love how [Tracy] is on the show. She’s a bad*ss. I respect that. And she’s the same off-camera,” James shared.

As for the possibility of adding more women to the show, James said he doesn’t get caught up in casting ideas because he simply doesn’t know enough about what to look for in regard to new additions. So, for now, James is enjoying the cast as is and says he can’t get enough of fan favorite Josh Flagg.

“Josh Flagg… you can’t script that guy. He’s an absolute f**king maniac and I love him… and you can quote me on that!” he laughed.

Speaking out about the comments Tracy made about the Selling Sunset cast on a July episode of of Watch What Happens Live, which included a suggestion that the ladies of the show don’t actually work in real estate that was recently echoed by Chrissy Teigen, James said that while he respects “everyone’s hustle,” he’s never done any business with the cast, nor has he crossed paths with them.

“Do I do business with these people? No, I don’t. Have we crossed paths? Definitely not,” he stated.

In addition being extremely busy with his career in real estate, James has taken on a new title: podcast host.

“It’s something I’ve wanted to do for a very long time,” he shared. “What intrigues me so much is people’s journeys. Successful entrepreneurs, actors, actresses, singers, anyone really with an interesting story. My whole thing is, I want to know where they were, where they started, and how they got to where they are today, and what the turning point was for them in their life where everything changed.”

In the coming weeks, James will welcome a number of celebrities to his show, Positively Chaotic, including Kelly Rowland from Destiny’s Child, who will be featured in the premiere episode on August 25, actor Gregg Sulkin, The Notebook and Blow director Nick Cassavetes, Full House actress Jodie Sweetin, and Late, Late Show producer Ben Winston.

Kyle will also be featured on the show.