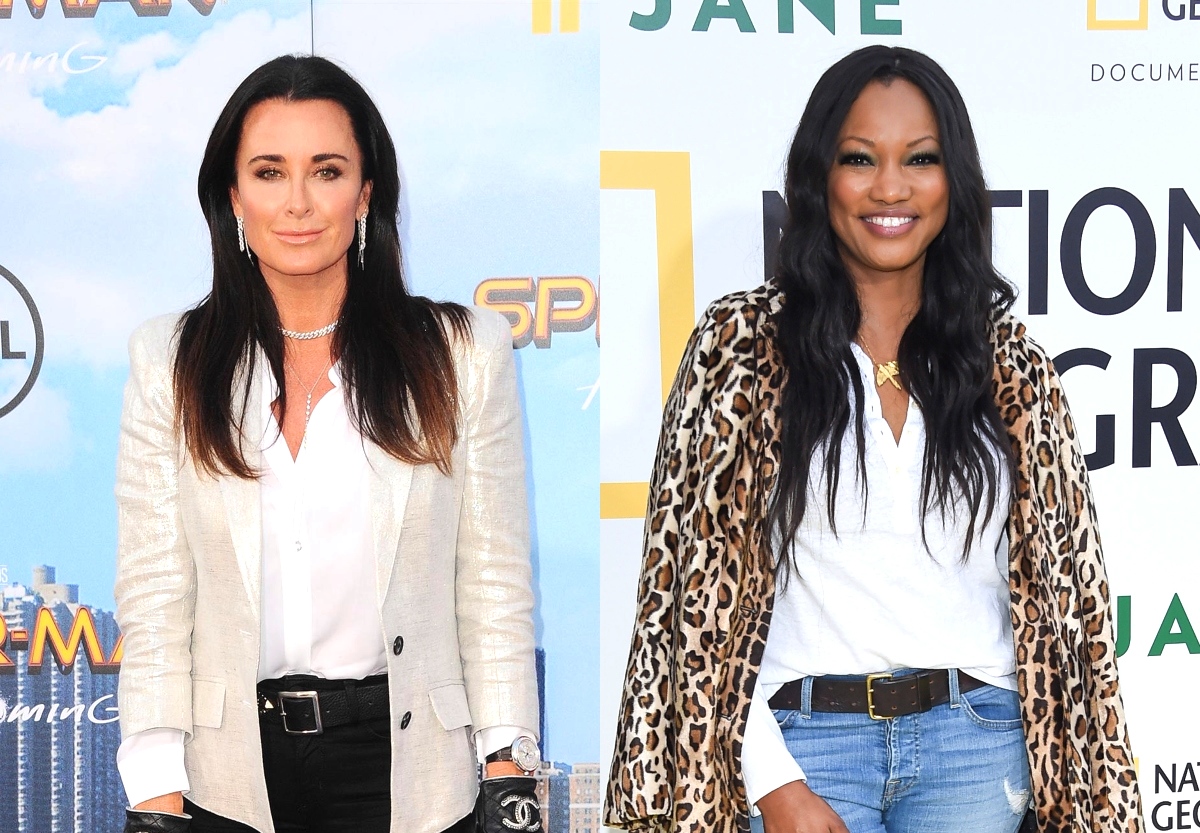 Kyle Richards seems to believe that Garcelle Beauvais targeted her on the Real Housewives of Beverly Hills because she was in need of a season 10 storyline.

After Kyle was seen confronting Garcelle about her missing charity bid to the Los Angeles Children’s Hospital on the reunion, a fan page on Twitter asked their followers what they believed Garcelle’s “issue actually is” with Kyle. A short time later, Kyle reacted to a couple of people who suggested the newbie created their feud for her own benefit.

“Made up [bullsh*t] by Garcelle they all talk/yell over each other all are guilty,” one person wrote of Kyle and Garcelle’s dispute.

According to the RHOBH viewer, Garcelle took issue with Kyle and threw “unnecessary shade” at her to make herself relevant on the show.

“Garcelle needed someone to have [an] issue with to have a [storyline]. If Garcelle is going to throw unnecessary shade at Kyle in public at her function sorry it’s going to get thrown back. Team Kyle on this one,” the fan stated.

In response, Kyle seemingly agreed with the viewer’s suspicions, telling the person, “Thank you for seeing it clearly.” 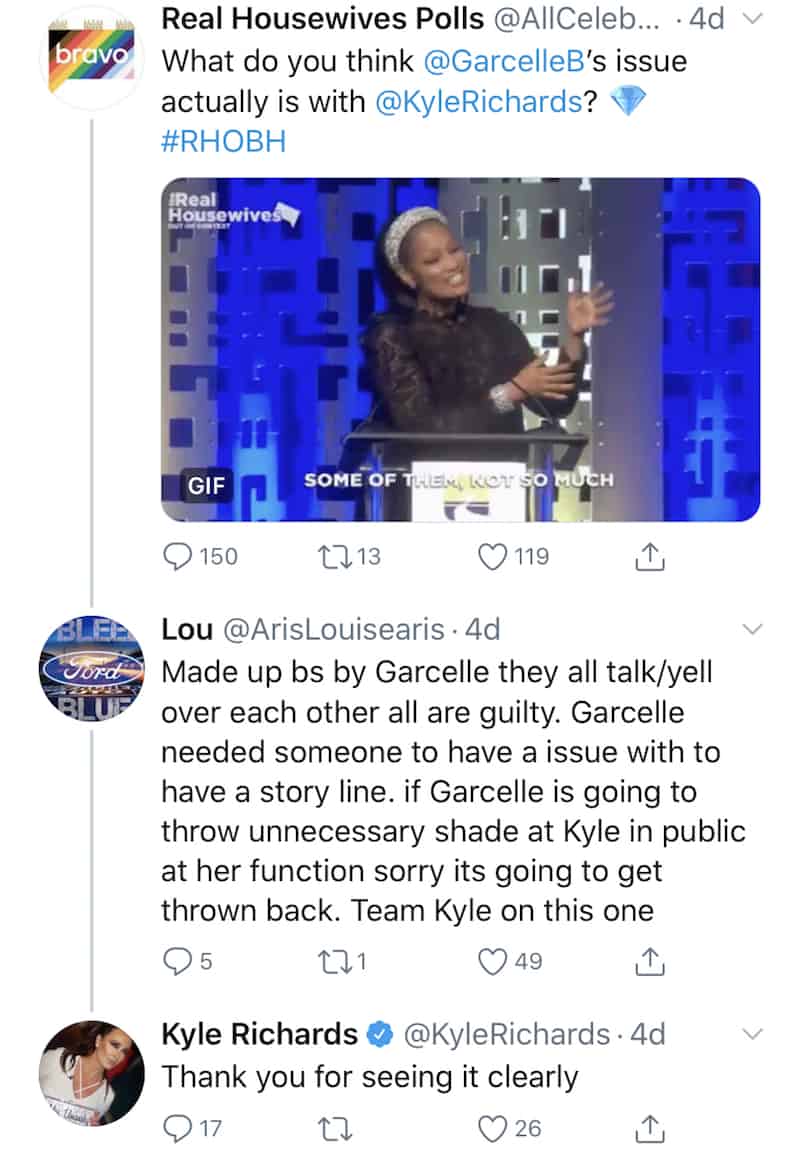 In addition to reacting to claims of Garcelle using her for a storyline, Kyle also offered a response to an RHOBH viewer who said Garcelle never gave her friendship with Kyle a fair chance.

“Garcelle had already made up her mind to not like Kyle before even getting to know her,” the fan alleged. “The newbies always come in gunning for someone to take down.”

The fan then suggested that Garcelle’s “take down” was “producer-driven,” noting that similar situations have been seen on other Real Housewives shows.

“It’s happened on each of the [three] Housewives franchises I’ve watched,” the person claimed. 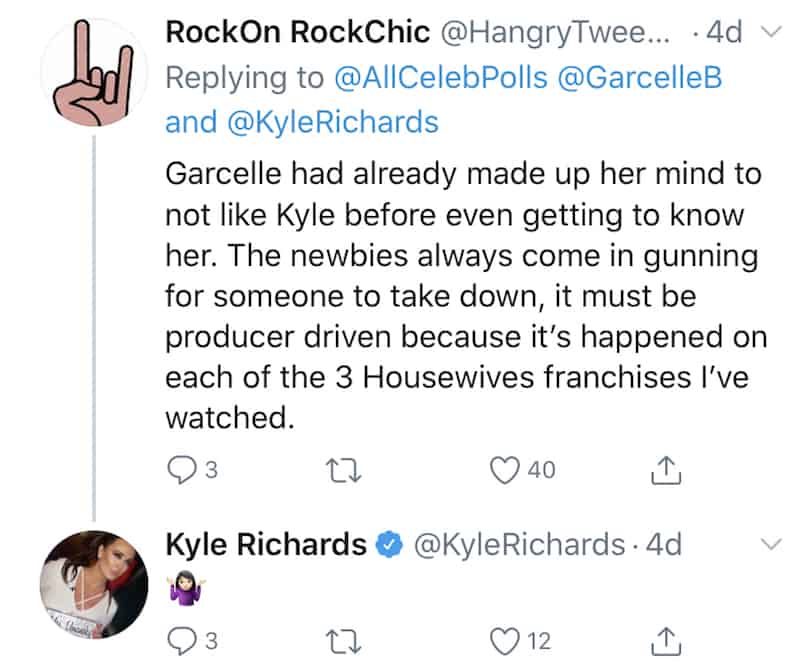 Kyle’s comments about Garcelle come just months after she agreed with another fan on Twitter who accused Garcelle of attempting to create a fake feud between them.

“Why is Garcelle trying to create a feud with Kyle?” the fan asked. “I like them both but don’t understand, she says Kyle glazed over her yet Kyle invited her over to her home to talk?”