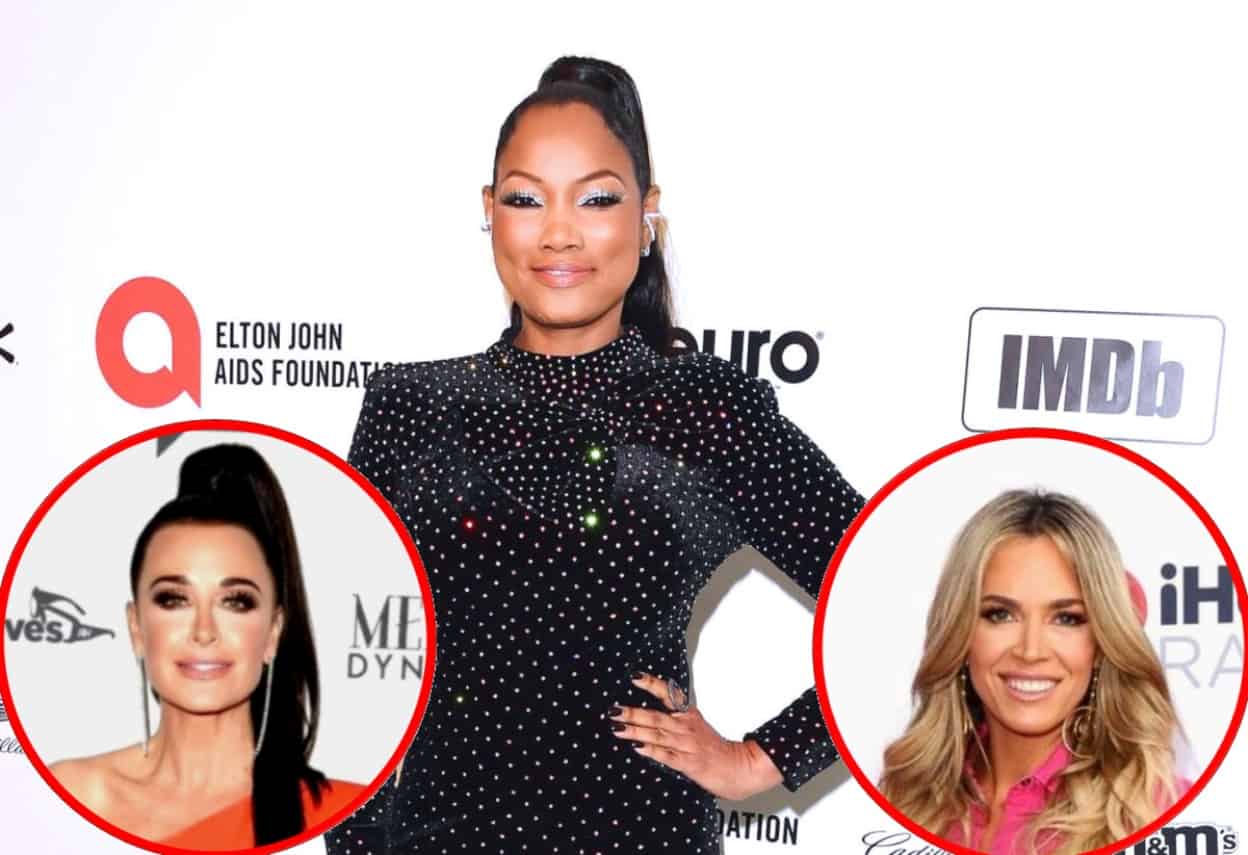 Garcelle Beauvais is opening up about her issues with Kyle Richards.

During a recent video interview, the newest full-time cast member of The Real Housewives of Beverly Hills said she caught Kyle talking about her behind her back to Teddi Mellencamp before revealing what she believes is the hardest part of reality television and reacting to the “cancel culture” of certain networks.

“What I was seeing at first with [the cast] across the board at first was that I would say things to them and I wasn’t sure if they were afraid of Twitter… me being the first black woman, they didn’t really want to go after me. I would say things and it never landed with anybody,” Garcelle explained on Chicks in the Office after being asked where her issues with Kyle began.

According to Garcelle, she attempted to get to know Kyle by asking her how she felt about certain things and questioning her about the comment she made about their castmates being “fake a** b***hes.” However, rather than let her know what she was thinking, Kyle allegedly spoke about her behind her back on numerous occasions.

“I would hear [Kyle] saying my name. She would go off with Teddi and I would hear them say, ‘Garcelle.’ So that’s how it started and then she ran with it,” Garcelle continued of Kyle. “That’s why I called her out and now it’s a runaway train I can’t catch.”

While Garcelle hasn’t spoken to Kyle since they began feuding publicly months ago due to dueling appearances on Watch What Happens Live, she’s looking forward to catching up with her at the reunion.

Garcelle went on to say that seeing RHOBH viewers taking sides is “the hardest part” of appearing on the show.

“I’m a big girl. But the Twitter world and taking sides can be really hurtful at times,” she admitted. “Sometimes I’ll even stay away from Twitter for a couple of days just because I don’t want to deal with it.”

As for the cancel culture the state of the world is currently in, Garcelle said that while she understands why certain people may have been fired for offensive behavior, including Vanderpump Rules‘ Stassi Schroeder and Kristen Doute, she doesn’t believe anyone should be let go for just one thing, especially if it happened several years ago.

“I get it, people get upset at other people for things. But we can’t cancel people because of one thing. We’re human. We make mistakes and we say stupid things,” she reasoned.