Kyle Richards Responds to ‘Goodbye Kyle’ Diss by Garcelle Beauvais, Says She’s Been “Nothing But Kind” to RHOBH Costar and Suggests She’s Trying to Create a Fake Feud 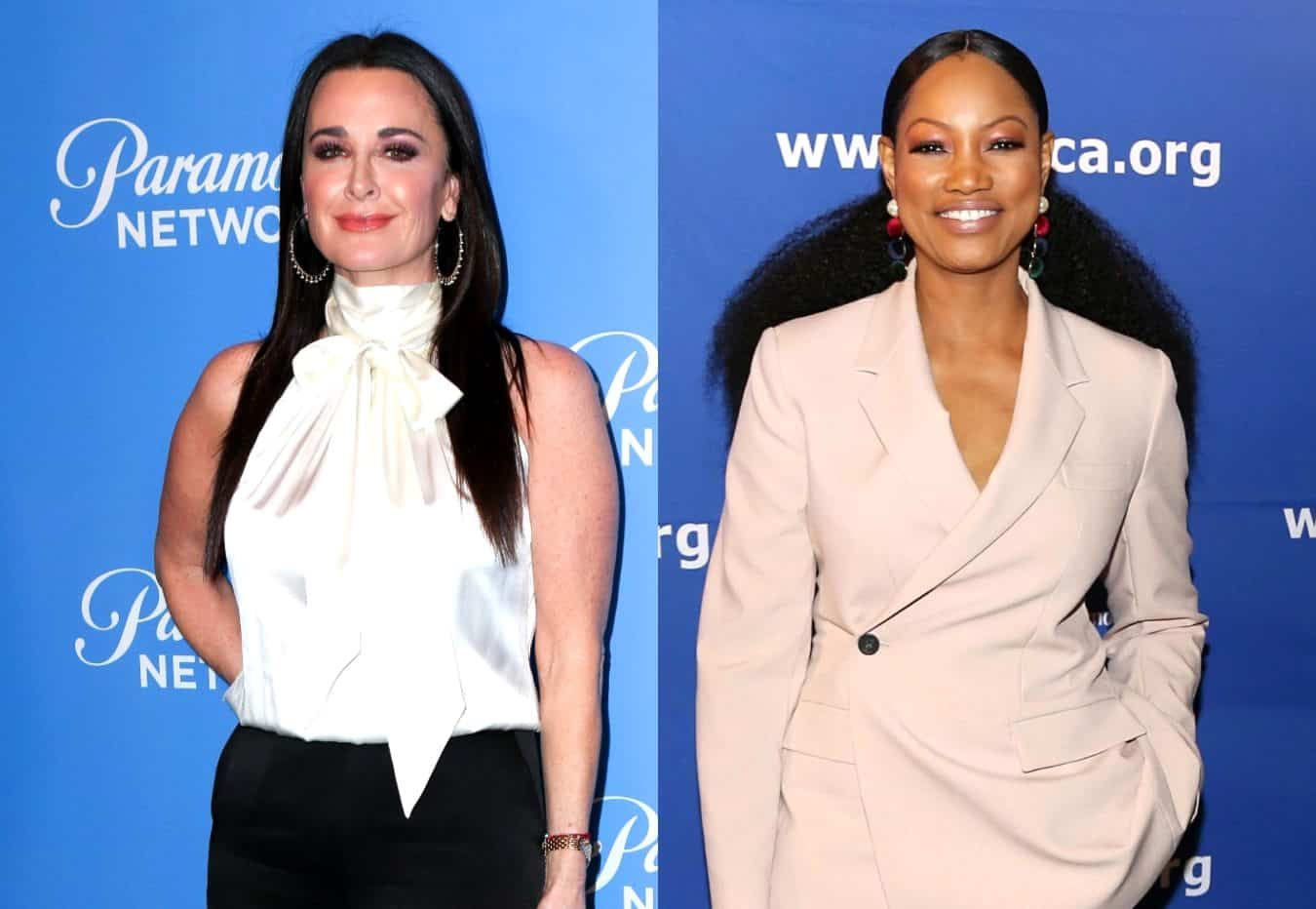 Kyle Richards is speaking out against comments made by Garcelle Beauvais during Wednesday night’s episode of The Real Housewives of Beverly Hills, insisting she’s been “nothing but kind” to her co-star before implying that Garcelle is trying to create a fake feud.

Last night, Garcelle gave a nod to the end of Kyle’s friendship with Lisa Vanderpump while looking back at Erika Jayne‘s astrology party during a special broadcast of the previous episode, which included Garcelle’s commentary along with Dorit Kemsley.

During the show, Garcelle and Dorit watched as Kyle defended her friendship with Teddi Mellencamp before Garcelle accused the cast of being self-absorbed. Garcelle also shaded Kyle by saying, “Goodbye, Kyle,” after watching her rehash Dorit’s issues with her joint therapy session with Teddi.

A short time later, Kyle clapped back at Garcelle with a couple of posts on Twitter. 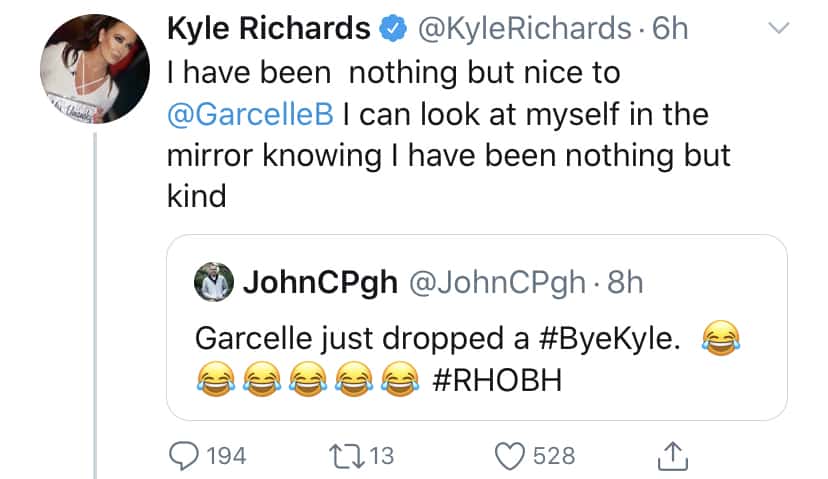 As RHOBH fans well know, Kyle and Lisa’s friendship came to an abrupt end after Lisa’s husband, Ken Todd, threw her out of their Beverly Hills home for confronting Lisa with claims regarding a potentially leaked story about Dorit while yelling, “Goodbye, Kyle!”

Also during the show, a clip of the past episode featured Garcelle admitting to Lisa Rinna that she feels that Kyle doesn’t see her.

“Why is Garcelle trying to create a feud with Kyle?” a fan wrote in response to the on-screen drama. “I like them both but don’t understand, she says Kyle glazed over her yet Kyle invited her over to her home to talk?”

The Real Housewives of Beverly Hills season 10 is currently on hiatus but scheduled to return to Bravo on July 8. During the hiatus, the Bravo network is airing some of the previous episodes with new commentary from the cast members.