Kristen Doute Admits to Struggling With Firing From Pump Rules and Reacts to Faith Stowers Saying She and Stassi Shouldn’t Be “Shunned,” Shares How She’s Promoting Racial Equality 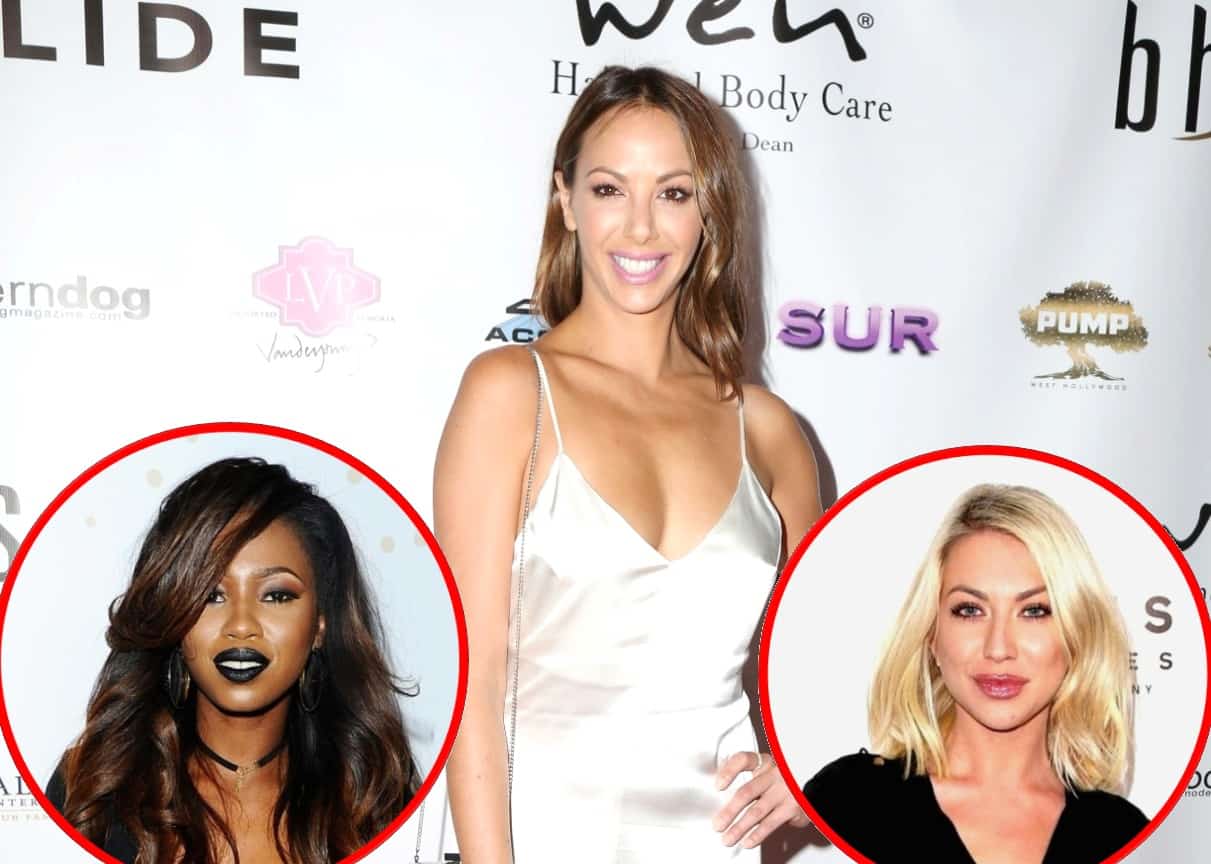 Kristen Doute is speaking out after being fired from Vanderpump Rules in June.

Months after Bravo cut ties with the T-shirt designer, Kristen addressed her exit from the show before reacting to a statement Faith Stowers made in regard to her and Stassi Schroeder being “shunned” for their allegedly racist behavior and admitting to struggling with the network’s decision.

“As far as me being let go, that was Bravo’s choice to make,” Kristen said on KTLA 5 on September 11. “They felt it was in their best interest.”

While Kristen understands why Bravo chose to move forward with Pump Rules without her and Stassi after Faith accused the two of them of attempting to have her thrown behind bars for crimes she didn’t commit, she wishes the two of them were able to stay on the show and raise awareness about racism.

“I think it would have been nice to bring this conversation into the show but at the end of the day, that was their choice and I’ve had to accept it and move on,” Kristen explained.

After Kristen and Stassi were fired, Faith offered a statement in which she suggested that the two of them should not be “shunned” for what they did to her because it wouldn’t help them grow. Instead, Faith said Kristen and Stassi should “listen and learn” from their mistakes and added that she hoped to see them do good things in the future.

In response to Faith’s comments, Kristen said she was appreciative before confirming that she apologized to her former Pump Rules co-star both publicly and privately.

“It wasn’t accepted and that’s also fine. These are just lessons that I’ve been learning along the way. Whether or not I think something is fair, there are consequences for actions,” Kristen noted. “At this point, I’m still learning. I want to do better. I want to be better. I’m even more involved in racial equality and justice than I was before and I plan to keep moving forward in that way.”

Immediately after learning she was fired, Kristen went through hard times. Luckily, in the months since, she has learned to focus on the future.

“It was really difficult in the beginning to sort of accept the fate but after that, I have to move forward and I have to live my life and I want to just be a better person and prove to people that what they were seeing isn’t who I am,” she revealed.

Since being accused of racism, Kristen has been doing what she can to raise awareness for racial equality.

“Through James Mae, my company, we’re donating. I’ve donated personally and we’ve been working with Watts Empowerment Center. I’ve learned a lot throughout this process that trying to work on things locally will help change things globally. We’re also working with Black Fashion World and helping out black women entrepreneurs,” she explained.

No word yet on when Vanderpump Rules will return to Bravo for a ninth season.