RHOC's Braunwyn Talks "Coming to Terms" With Sexuality, Living Apart From Husband Sean "to Work on Ourselves' 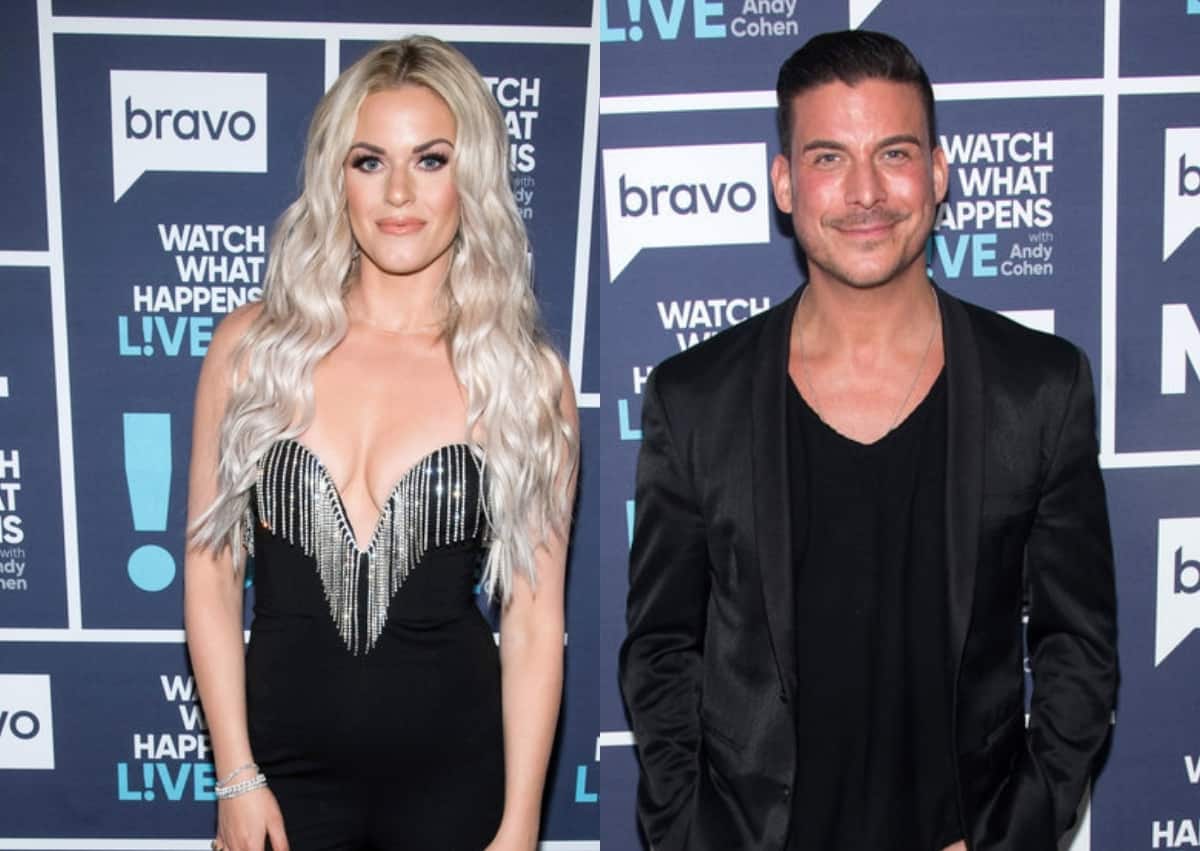 Dayna Kathan is no fan of Jax Taylor. In fact, she no longer cares about him at all.

While appearing on Katie Maloney‘s podcast on September 18, the Vanderpump Rules cast member revealed that she is blocked by Jax before accusing him of ruining the show, admitting she was fired from her job due to her drunken appearance on season seven, and reacting to the separate groups of season eight.

“[Jax] still has me blocked,” Dayna confirmed on Dear Media’s You’re Gonna Love Me. “He’s been nothing but an a**hole. I’m just over it.”

According to Dayna, she’s stayed mum in the past about her hangups with Jax because she was told to do so.

“Everyone around me advised me not to say anything when he was blowing up on Twitter, but [Charli Burnett] is not alone in feeling that way,” Dayna explained.

Earlier this year, Charli slammed Jax as “immature” and “toxic” before accusing him of “generalizing women’s roles and income sources” amid an equality movement on Twitter. Meanwhile, as Dayna alleged, Jax “passive-aggressively tweeted” about her several times.

“I love [Brittany Cartwright] so much and she’s been very welcoming to me and we have a great relationship, but even the copious times I’ve been at their home, he’s made a point to try not to make eye contact with me or engage me. And so I’m just like, you know, f**k you,” Dayna continued.

While Dayna felt she and Jax got along well during filming on Pump Rules season eight last summer, she was surprised to see him take a stand against her after production wrapped, especially considering the amount of time she had spent at his and Brittany’s home.

“When it started airing and he blocked me and a Twitter rampage started, Brittany called me and was like, ‘I’m sorry, that’s just how he is.’ But I was like, ‘Where is this coming from?’” Dayna recalled. “He didn’t give off that energy that we had a problem. And then it just came out so passive-aggressively. And I’m like, ‘If you [a] problem with me, you see me all the time. Go ahead and look me in the eyes and tell me you don’t f*cking like me.’”

RELATED:  Lala Kent On Why She Might Not Return to Vanderpump Rules, Confirms Pregnancy Pact With Costars and Opens Up About Recent Hospitalization

After pointing out that Jax is in his 40s and should know better, Dayna accused him of ruining part of season eight.

“He cannibalized part of the show this season. The last three episodes were really good and even if it wasn’t so married together, it was clear there’s still differences. You guys have made the show, you’ve had the show. It’s yours, but we’re there,” she explained.

While Pump Rules has yet to be officially renewed for a ninth season, Dayna, who turned 30 in July, is ready for her next chapter.

“I am super excited about this next chapter and being positive about it because it’s happening. That’s really your only option,” she shared. “If you want to feel sh*tty about getting older, you can, but I highly recommend just leaning in. I do [feel] more confident and settled into who I am as a person.”

As fans of the show will recall, Dayna joined the cast in a full-time role during season eight but actually made her first appearance on the show during season seven. As fans may recall, she was seen with Peter Madrigal, Jax, Tom Schwartz, Tom Sandoval, and others, at the Mondrian hotel, where they were enjoying a guys night out.

“I actually woke up the next day with the worst anxiety of my life because I had a corporate job and was f**king hammered,” she admitted. “I [was] in full-blown anxiety thinking someone from my work is going to see it and I’m going to get fired, which, spoiler alert, ended up happening.”

Also during her chat with Katie, Dayna said that while the show appeared to feature two different storylines, one of which followed the OGs and the other that followed the newbies, she didn’t feel the separation while in production.

“I didn’t feel that separation. And then I watched the show back and I was like, ‘Why does this seem [like] it is two different shows?’ I understood longtime viewers frustrations,” she explained.