Home Real Housewives of Beverly Hills News RHOBH’s Kyle Richards Reacts to Teddi Mellencamp’s Exit and Says She’s Thankful to the Show for Bringing Them Together, Plus Teddi Gets Emotional and Receives a Pricey Housewarming Gift From Co-Star

RHOBH’s Kyle Richards Reacts to Teddi Mellencamp’s Exit and Says She’s Thankful to the Show for Bringing Them Together, Plus Teddi Gets Emotional and Receives a Pricey Housewarming Gift From Co-Star 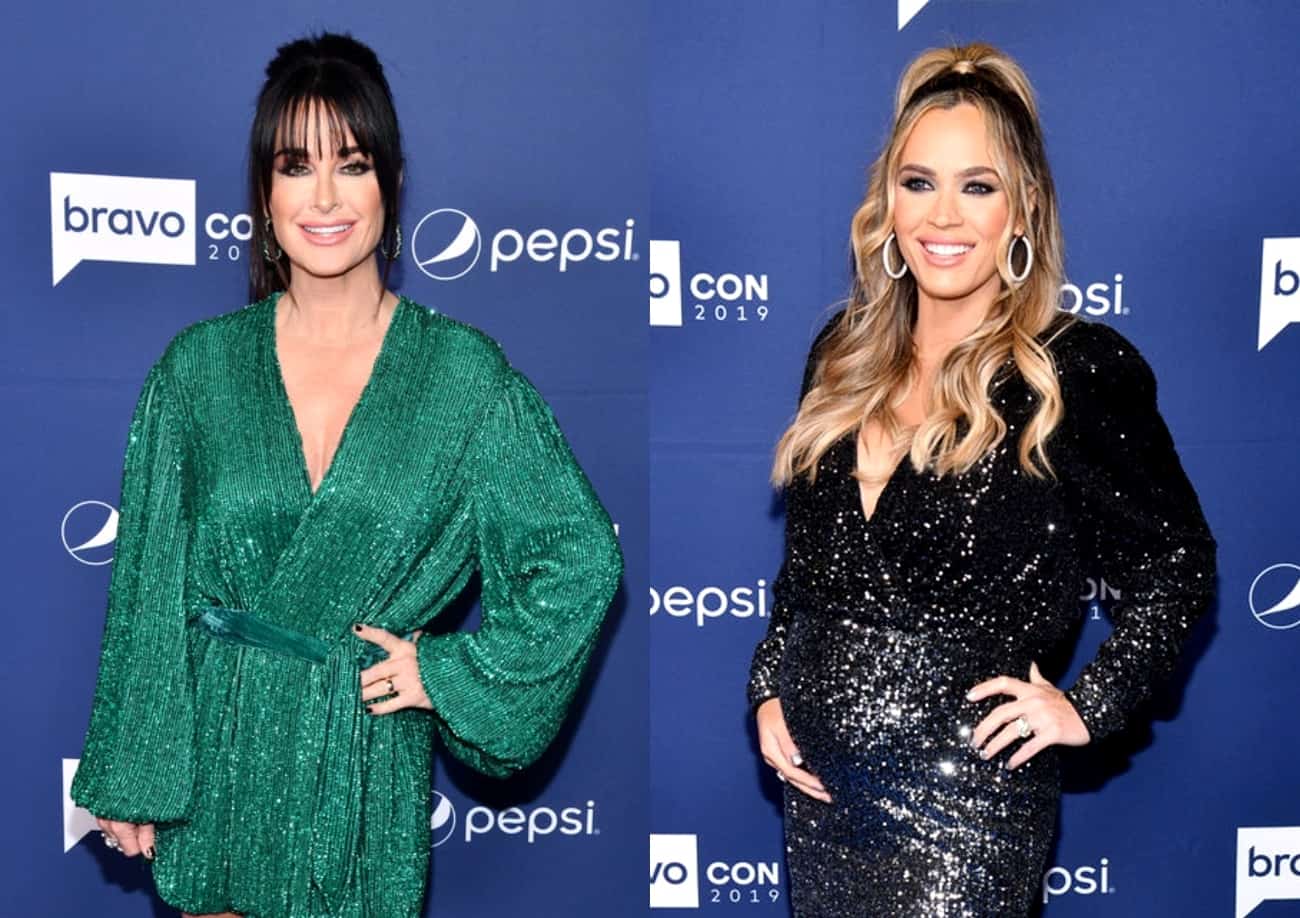 After Teddi confirmed that Bravo would not be renewing her contract for season 11, Kyle shared a heartfelt message to her former co-star after first sending Teddi and her family, including husband Edwin Arroyave and their kids, a very pricey heartwarming gift for their new home in Encino, California.

“To my friend [Teddi Mellencamp] who I love [and] adore ..I am so grateful for [RHOBH] for bringing you into my life,” Kyle began in her September 22 post. “You are an amazing mom, wife, sister, daughter, [and] friend. You work so hard, always giving it your all. You are so smart, kind, thoughtful, funny, [and] real.”

“I look forward to witnessing what the universe has in store for you next. I know it’s going to be amazing. You deserve it all. Cheers,” she added.

It read, “For pete’s sake, I was about to fall asleep and then got this tag and had a little tear. I love you friend and can’t wait for many more years of laughter and trouble together.”

Also on Instagram, Kyle congratulated Teddi on her and Edwin’s new home.

“We love you!” she told the family.

In a video shared on Teddi’s Instagram Stories, she showed off a lily and Hermes’ Avalon throw blanket, which retails for $1,550, as she thanked Kyle and her family, including husband Mauricio Umansky and her daughters, including Farrah, Alexia, Sophia, and Portia, for the thoughtful gifts. 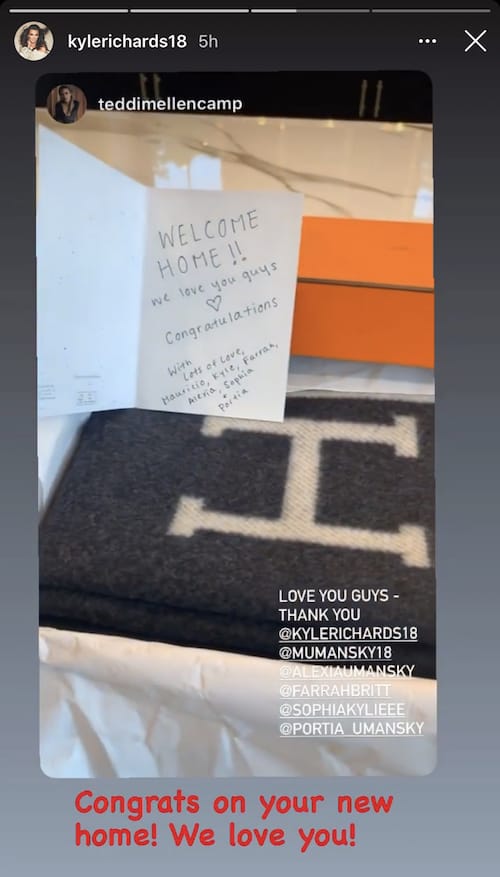 The Real Housewives of Orange County season 10 concludes tonight, September 23, at 9 p.m. on Bravo with the “Secrets Revealed” episode.