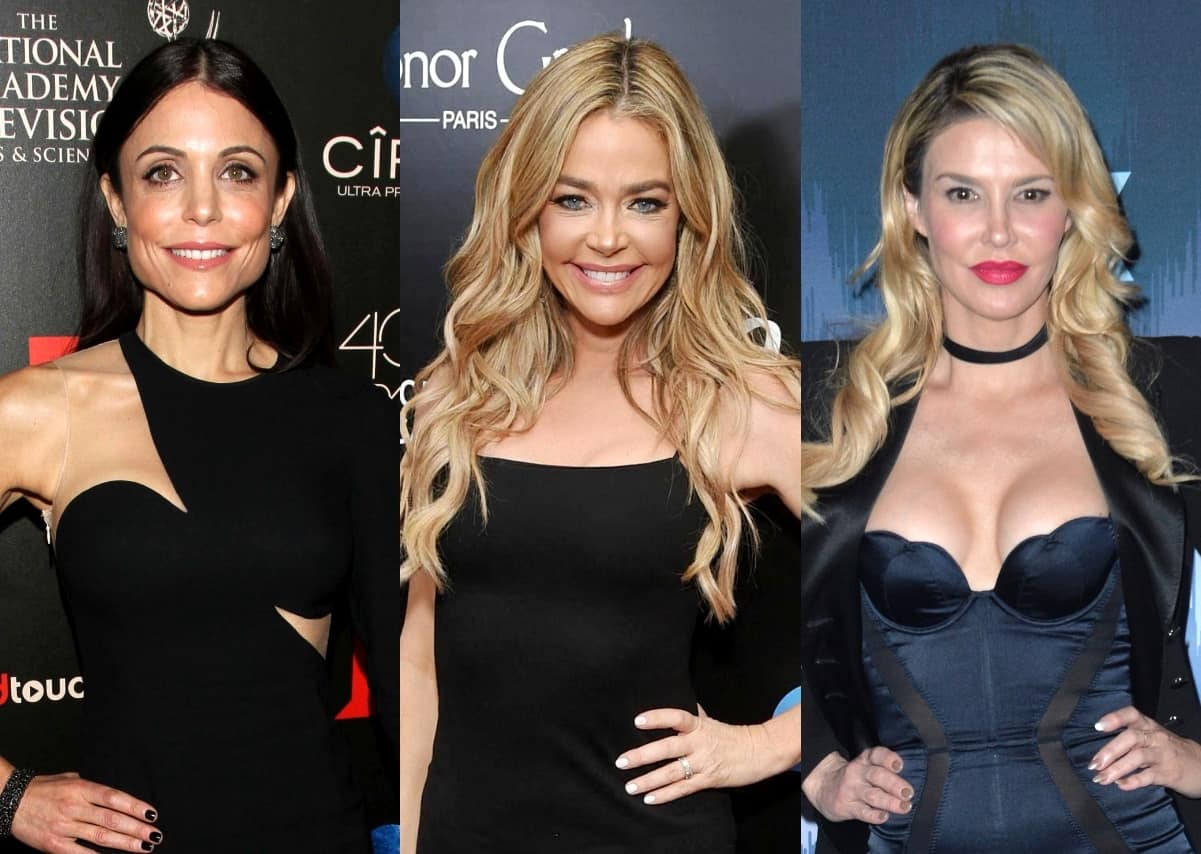 Bethenny Frankel clarified the “garbage” comment she made in reference to Brandi Glanville and Denise Richards‘ affair drama on The Real Housewives of Beverly Hills during the September 24 episode of Watch What Happens Live.

After sharing her response to Brandi and Denise’s antics on Twitter, along with a quote from former Real Housewives of New Jersey star Caroline Manzo that said, “If you hang out with trash you start to smell like garbage,” Bethenny told Andy Cohen what she meant by her tweet.

“I wasn’t saying that anyone or anything is trash but in that environment, you’re going to get shredded if you’ve got something hidden,” Bethenny explained. “So if you don’t want to be part of that, get the f*ck out and [Denise] did.”

“It’s like, you’re there, you’re getting ripped apart like a carcass. That’s what I meant,” she continued.

As fans may have seen, Bethenny commented on Brandi’s claims of an affair with Denise, and Denise’s denial about it, earlier this month after being asked what she thought by a fan.

“I haven’t seen but I’ve heard. I know & like [Denise Richards]. She should live her life but she is on a reality show where someone’s always winning [and] someone’s losing. In the words of the wise prophet [Caroline Manzo], ‘If you hang out with trash you start to smell like garbage.'”

I haven’t seen but I’ve heard. I know & like @DENISE_RICHARDS She should live her life BUT she is on a reality show where someone’s always winning & someone’s losing. In the words of the wise prophet @CarolineManzo “if you hang out with trash you start to smell like garbage” https://t.co/Q2QPUHVook

As soon as Bethenny shared this tweet, many of her fans and followers assumed she was calling Brandi “garbage.” However, as she’s since revealed, that was not the case at all.

After watching the WWHL episode, Bethenny reacted to Bethenny’s clarification on Twitter.

“Just wanted to say thank you to [Bethenny] for clarifying to my favorite shady lady [Andy Cohen] that she wasn’t specifically calling me or anyone garbage,” Brandi tweeted.

In addition to her WWHL clarification, Bethenny also set the record straight on Twitter, telling her online audience that her tweet was not a diss aimed at the RHOBH star and that she actually found Brandi to be “fun and sweet” on the one occasion that they spent time with one another.

“I literally haven’t seen this show this year. Like you I have been in pandemic land raising my daughter. I have just read about it and I’m happy Denise will find her privacy again,” she added.

Denise confirmed her exit from RHOBH earlier this month.