Scheana Shay is “Done” With Lala Kent After Feeling “Used” By Vanderpump Rules Costar and Believes She Was Never a “True Friend,” Is There Hope for a Reconciliation? 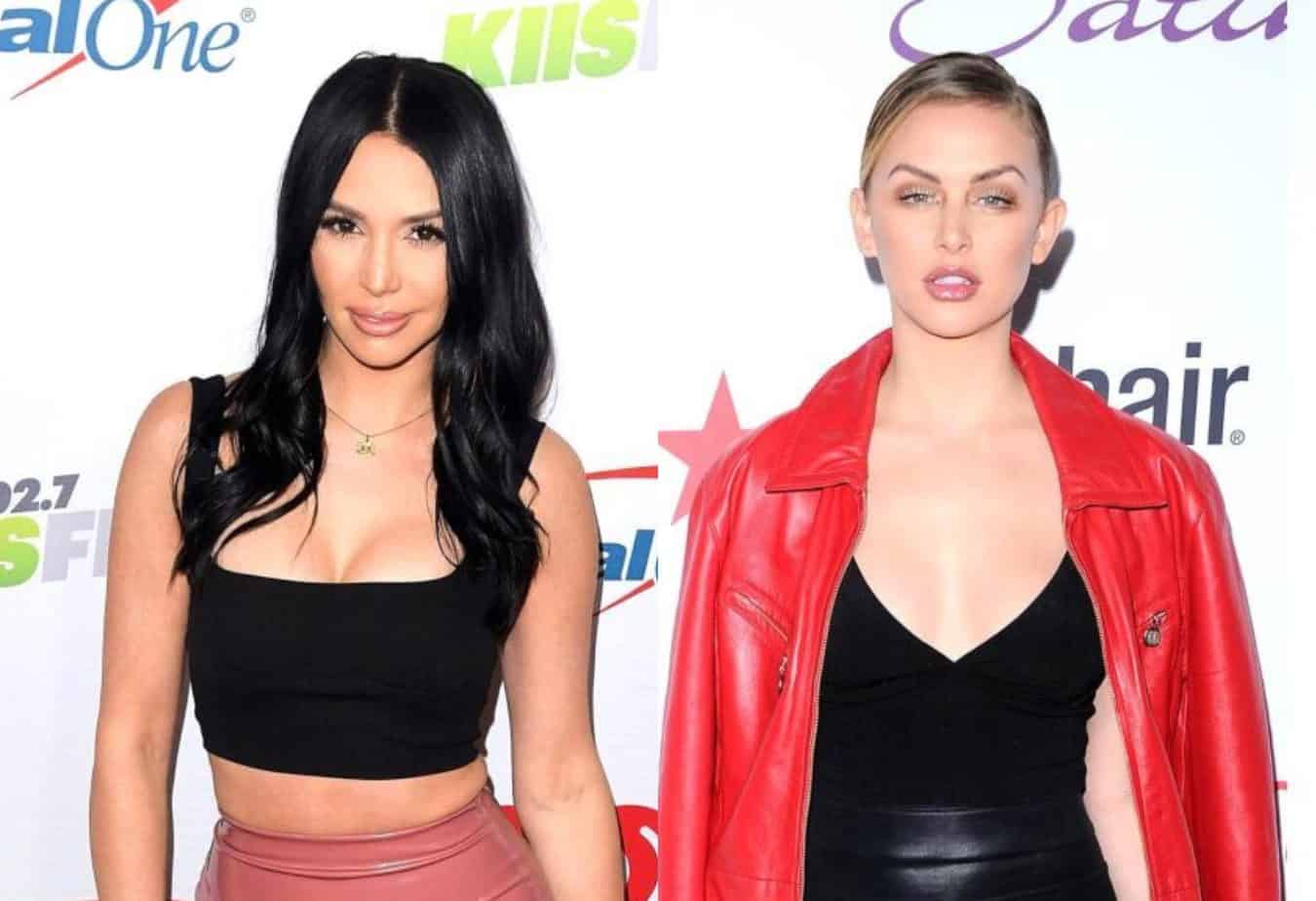 Scheana Shay is done with her friendship with Lala Kent for good.

According to a new report, Scheana has had enough of being used by her Vanderpump Rules co-star and has decided to end their relationship for good just days after publicly accusing Lala of failing to check on her as she broke down over the June miscarriage of her first child.

“Scheana is done with their friendship,” a Bravo insider revealed to Hollywood Life on October 1.

During an episode of Scheananigans last month, Scheana said that Lala, who she crossed paths with over the weekend at Jax Taylor and Brittany Cartwright‘s gender reveal, chose to prioritize the celebrities in her life by going to dinner with Megan Fox and Machine Gun Kelly, even after she cried to her on the phone after being left alone following her miscarriage.

“Lala is all for herself,” the source continued. “It’s all about Lala, her world, and her life. Scheana feels Lala used her in the beginning of the show when nobody liked [Lala] or welcomed her into their circle of friends. Scheana stood by Lala when no one else did, and she feels Lala has forgotten that and hasn’t been a true friend to her.”

As the insider explained, Lala “doesn’t make an effort with Scheana at all” now that she’s friends with the other ladies of Pump Rules, including Katie Maloney and Brittany.

While Lala defended herself against Scheana’s claims on Instagram, insisting that she didn’t know Scheana wanted her to come check on her, the source went on to say that Lala has “shown time and time again” that she isn’t willing to be there for Scheana.

Also on Instagram, Lala slammed Scheana’s relationships for being “train wrecks” before spotlighting the missteps of Scheana’s boyfriend, Brock Davies, who left Scheana alone to go golfing after her miscarriage.

“In her mind that’s how it happened. She would rather focus on me ‘not being there for her’ than the fact her man said he was working, turned his phone off and went golfing that day. Weird how that was just glazed over,” Lala wrote.

Things are “awkward for everyone, and no one knows what to do,” the insider said of the Pump Rules cast.

“It’s sad, because they used to be so close and now they are not friends at all,” they added. “They both feel very strongly they’re in the right. They’re both such strong personalities, so it’s like what can anyone do? I can’t see them making up anytime soon.”