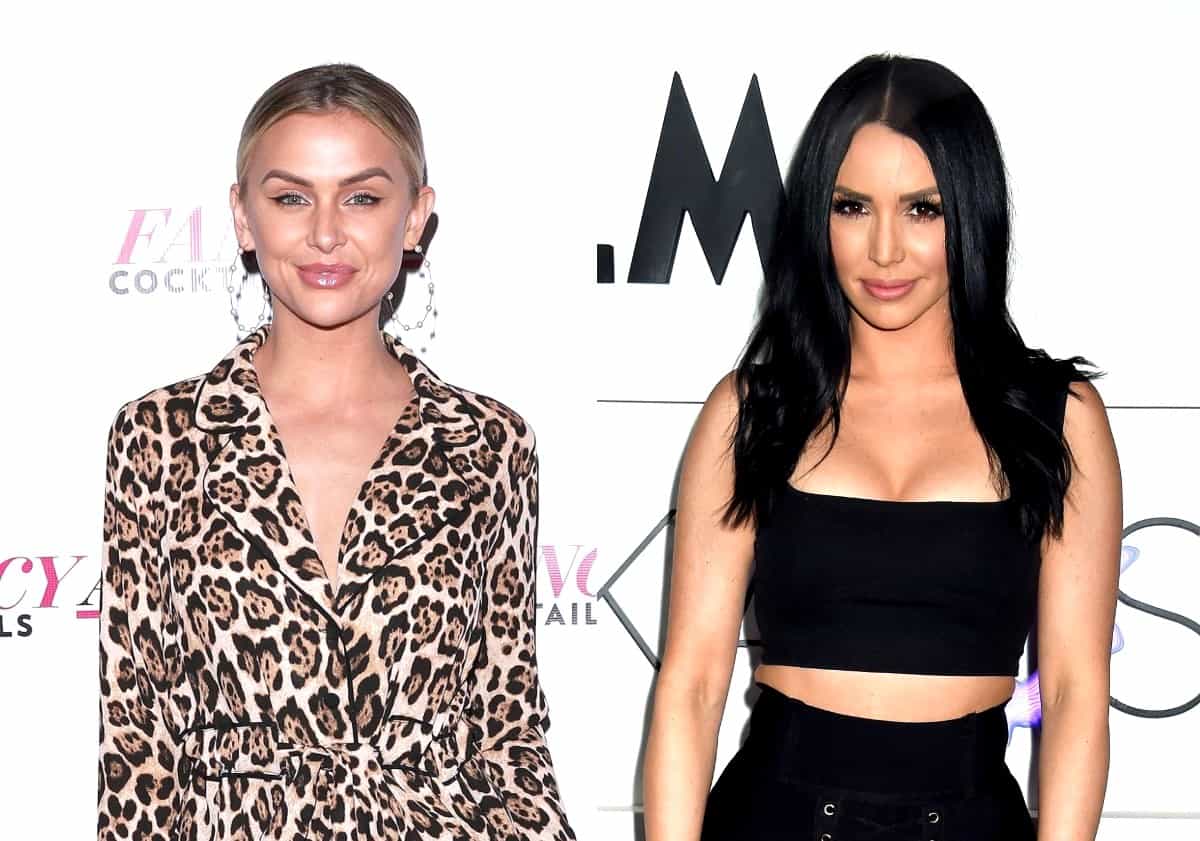 Lala Kent is firing back at Scheana Shay for her bad friend allegations.

After hearing that her Vanderpump Rules co-star had accused her of failing to check on her after her June miscarriage, Lala took to her Instagram Stories, where she shot down Scheana’s claims before targeting the behavior of Scheana’s boyfriend, Brock Davies, and poking fun at Scheana’s relationship failures.

“In her mind that’s how it happened,” Lala wrote of Scheana’s feelings. “She would rather focus on me ‘not being there for her’ than the fact [Brock] said he was working, turned his phone off, and went golfing that day. Weird how that was just glazed over.”

Scheana did mention that she had been left alone at her Palm Springs vacation home after her miscarriage, but she suggested she and Brock simply dealt with the loss differently.

“This is why her relationships are always a train wreck that make epic TV,” Lala continued.

As for Scheana’s suggestion that Lala failed to be there for her because she had plans with Megan Fox and Machine Gun Kelly, Lala told her fans and followers that Scheana is no different when it comes to celebrities.

“She claims I chose celebrity over her. Girl, weren’t you just capitalizing off banging [John Mayer] 100 years ago?” she asked, giving a nod to Scheana’s recent comments regarding her past interaction with the singer.

According to Lala, Scheana has a habit of “making everything about her” and having expectations for her friends.

“We usually always fail [to meet her expectations] and she is left disappointed. This is why she has a new best friend everyday. We can’t keep up,” Lala explained.

Lala also said that Scheana never actually told her to come over. In fact, Scheana allegedly told Lala she simply wanted to go to bed.

“When she told me she was really upset at Brock and just wanted to go to bed, I didn’t know that meant, ‘Come over right now,'” Lala recalled, adding that she couldn’t believe she was spending so much time on her drama with Scheana when the two of them “aren’t even filming” and she’s “not getting paid.” 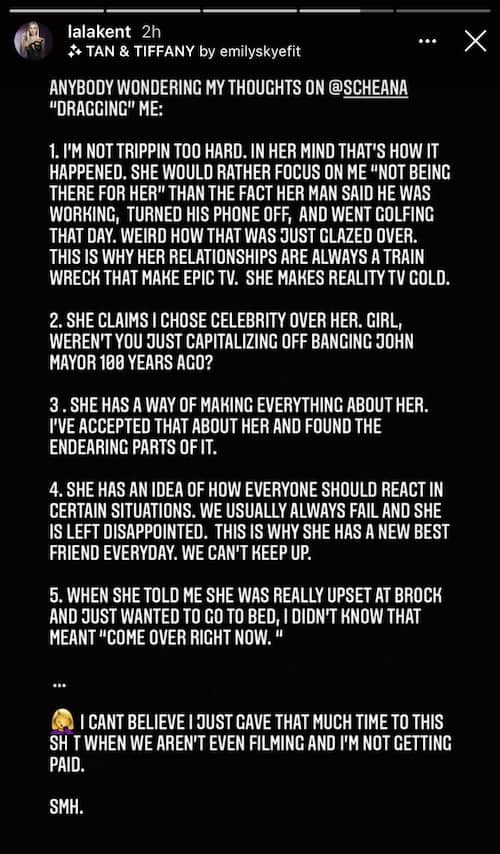 During last week’s episode of Scheana’s podcast, Scheananigans, Scheana confirmed she was not invited to Lala and Randall Emmett‘s gender reveal party earlier this month before accusing Lala of failing to be there for her during one of her lowest moments.

No word yet on if and when Vanderpump Rules will begin filming a ninth season.