Home Vanderpump Rules Scheana Shay Talks Being Left Out of Lala Kent’s Gender Reveal and Their Latest Falling Out, Accuses Lala of Failing to Be There for Her After Miscarriage, Plus the Pump Rules Star Addresses Engagement Rumors

Scheana Shay Talks Being Left Out of Lala Kent’s Gender Reveal and Their Latest Falling Out, Accuses Lala of Failing to Be There for Her After Miscarriage, Plus the Pump Rules Star Addresses Engagement Rumors 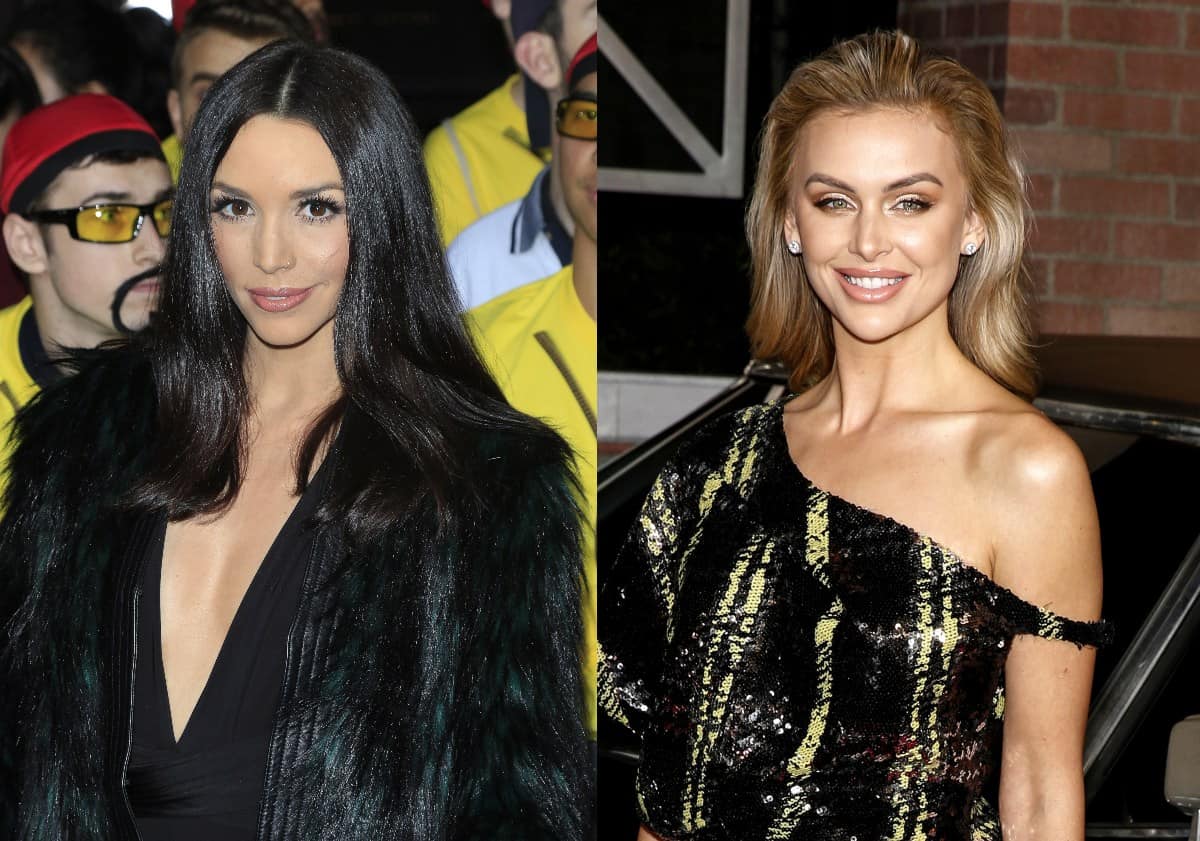 Scheana Shay revealed why she wasn’t present when Lala Kent and Randall Emmett celebrated their gender reveal during the latest episode of her podcast.

Days after Lala and Randall learned they are expecting a baby girl while surrounded by a number of their Vanderpump Rules co-stars and friends, including Jax Taylor, Brittany Cartwright, Stassi Schroeder, Beau Clark, Kristen Doute, Katie Maloney, and Tom Schwartz, Scheana explained her absence before revealing why she and Lala are no longer close and discussing her future with boyfriend Brock Davies.

“We weren’t invited [to Lala’s gender reveal],” Scheana told listeners of herself and Brock during the September 25 episode of Scheananigans. “I think it states pretty clear where our friendship stands. Over the last few months, we haven’t really talked, honestly.”

After confirming Ariana Madix was also left off the guest list, Scheana said her friendship with Lala took a turn for the worse after she failed to be there for her after her miscarriage in June.

While Brock offered his support to Scheana on Instagram shortly after she confirmed her devastating news, Scheana said he initially dealt with the tragedy in a way she didn’t expect: by going golfing with friends.

“Brock decides to go golfing and I’m in a full panic attack. I don’t know anyone in Palm Springs and my mom was like, ‘Why don’t you call Lala?’ And I was like, ‘You know what? Actually, yeah. This could be a turning point in our friendship. She’ll be here for me at my lowest of low and we’ll get back on track,'” Scheana explained.

Although Scheana and Lala went through some dark times during Pump Rules season eight as Scheana struggled with depression, Lala apologized for poking fun at her and her love life at the reunion. And, at the time, Scheana believed her apology was “very genuine.” However, after getting ahold of Lala after her miscarriage, Scheana is rethinking how authentic Lala’s “I’m sorry” really was.

Lala wouldn’t go and check on Scheana after she lost her child but she did invite her to dinner. That said, Scheana was understandably unwilling to leave her home, drive, and be in public after the heartbreaking ordeal.

“I needed her and she wasn’t there because she had dinner with celebrities [Megan Fox and Machine Gun Kelly]. It just showed her priorities,” Scheana noted. “It wouldn’t have been that hard to stop by for five minutes and check on me.”

Speaking of the possibility of getting pregnant again, Scheana said that she and Brock are not currently trying to start a family and noted that the Pump Rules baby boom, which includes Stassi and Brittany, hasn’t put any additional pressure on them.

“I’m not like, ‘Everyone’s pregnant. I need to get pregnant.’ We’ll see where we’re at [in 2021],” Scheana stated. “[I want] a healthy baby. I felt like the last pregnancy was a boy. A little mini-me would be so awesome, too. I think eventually we’ll have one of each and if that means frozen eggs, then we go that route.”

“We can try again. Maybe next year,” Brock agreed. “I want a boy. I got my boy [Eli] and another boy would be good. But again, I’ll take another girl as well.”

As for the rumors of an engagement, which were prompted by a suspicious ring on Scheana’s left hand, she confirmed the two of them are not engaged.