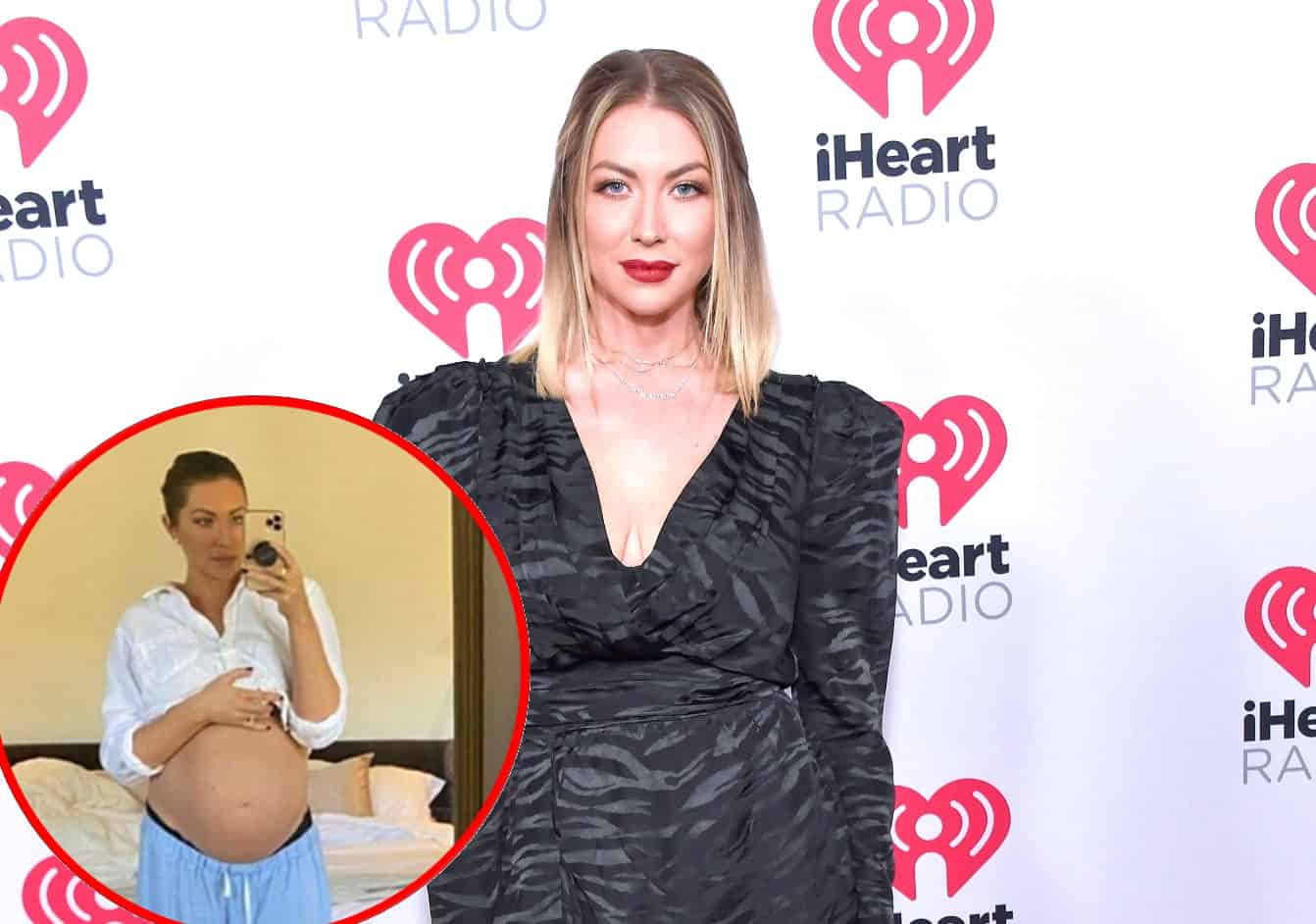 Stassi Schroeder shared some heartbreaking news about her unborn daughter on her Instagram Stories on Thursday, October 1.

Months after she and fiancé Beau Clark confirmed they are expecting their first child together, the former Vanderpump Rules star took to her Instagram Stories, where she revealed her daughter has a hole in her heart and explained what she was told by doctors after enduring a week of hell as they awaited the child’s prognosis.

“My other favorite part of her nursery,” Stassi began in the caption of her post, which featured a photo of a heart in a gold frame.

According to Stassi, she learned about her baby’s heart just after purchasing the piece.

“After I bought this, we discovered she has a hole in her heart and it was the worst week of our lives waiting to find out just how serious it was,” Stassi shared.

Luckily, after going through several understandably challenging days, Stassi and Beau learned their daughter’s condition should take care of itself.

“After a week of actual hell on earth, the doctors said it’s incredibly small [and] should heal on its own. This piece of art means so much more now,” Stassi added. 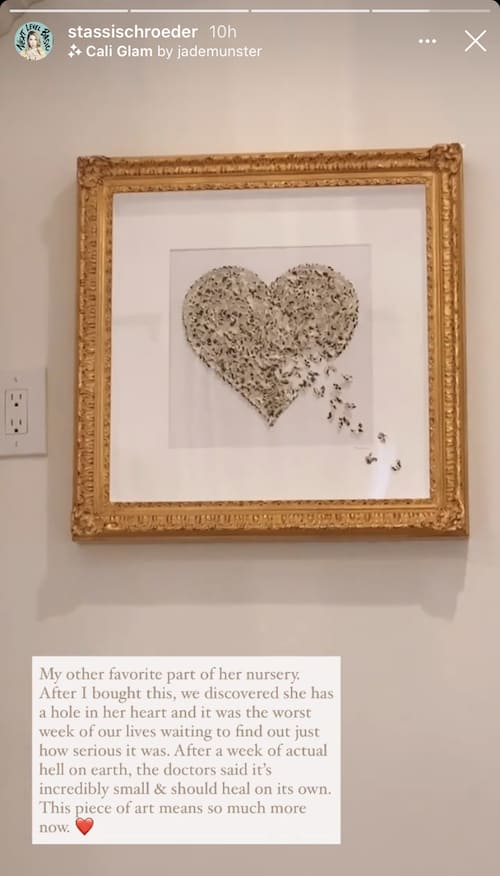 Stassi and Beau first revealed her pregnancy in an Instagram post in June. Then, just a short time later, they confirmed their child’s gender with a series of additional photos taken at their gender reveal celebration in Los Angeles.

“Stassi and Beau will be welcoming their first child the first week in January and are grateful and eager to begin the next chapter of their lives as parents,” the statement read.

Stassi was fired from Pump Rules in June, and shortly thereafter, it was noted that Beau would also be stepping away from the series.

“Beau won’t do Vanderpump Rules without Stassi,” an insider told the magazine at the time. “He’s fully standing by her publicly and privately too.”

“Since Beau is also in entertainment, Stassi is hopeful that he can help with getting her future jobs,” the source added. “She is hoping to come out stronger and better as a result of this experience.”