Home Real Housewives of Beverly Hills News RHOBH’s Brandi Glanville Reveals Leann Rimes’ Response After Asking Her to Appear on Her Podcast, Calls the Two of Them a “Modern Family,” Plus She Alleges This Former President “Cupped” a Feel During a Past Encounter

RHOBH’s Brandi Glanville Reveals Leann Rimes’ Response After Asking Her to Appear on Her Podcast, Calls the Two of Them a “Modern Family,” Plus She Alleges This Former President “Cupped” a Feel During a Past Encounter 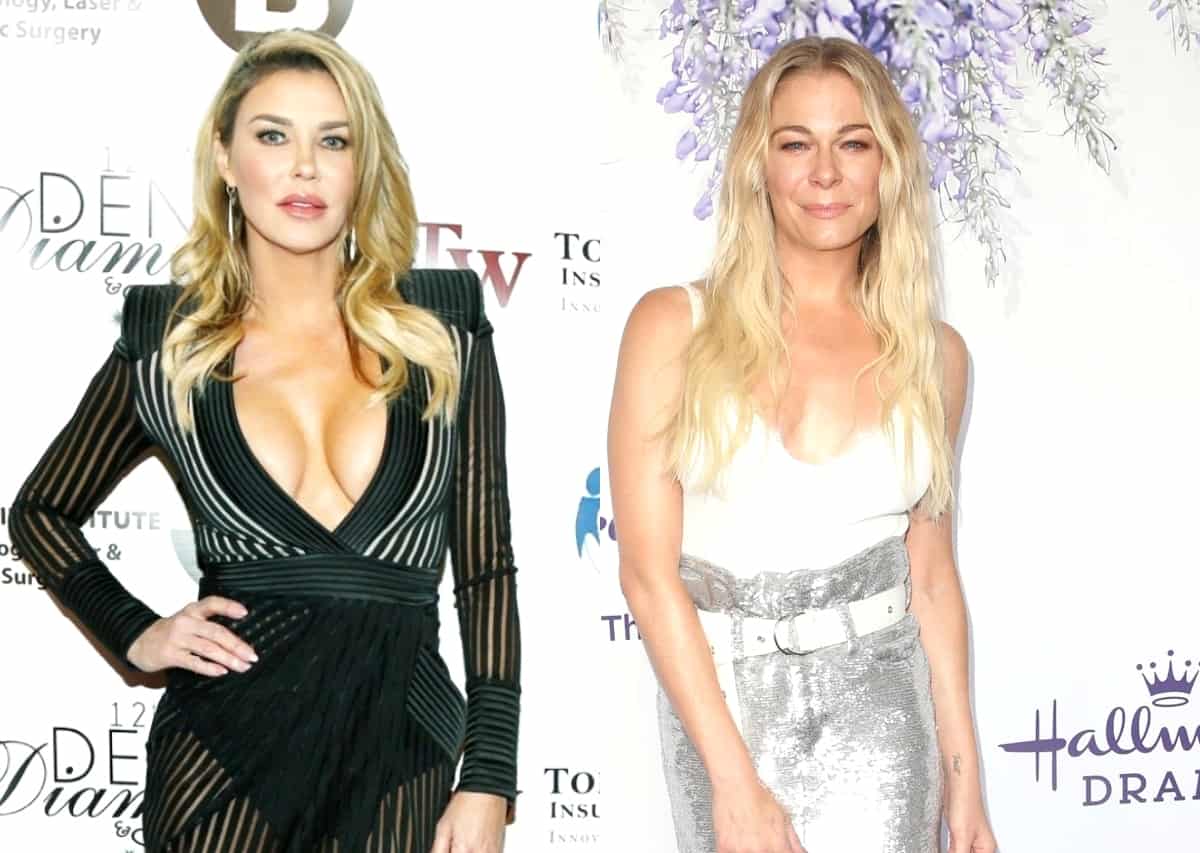 Brandi Glanville and Leann Rimes have come a long way. However, they aren’t exactly best friends.

During a recent episode of her podcast, the Real Housewives of Beverly Hills cast member admitted to asking her ex-husband Eddie Cibrian‘s current wife to join her on her show before looking back on an odd encounter she had years ago with former President Bill Clinton.

“I asked Leann Rimes if she would do the podcast and she said she was going to go ahead and pass,” Brandi revealed on an episode of Unfiltered.

While Brandi and Leann are certainly in a better place than they were years ago after Leann’s affair with her then-husband Eddie was first uncovered, Brandi still struggles to co-parent with the couple and earlier this year, after the quarantine began, she went public with claims against them.

At the time, Brandi suggested she should be allowed to stay at Leann and Eddie’s home so she could see more of her kids.

“It’s very crazy that I’ve been alone for this entire week and I can’t be with my children because it happens not to be my week in our divorce settlement I think that this is a time with special circumstances and I should be able to be with them,” she wrote in a tweet.

Months later, Brandi said Leann turned down the chance at an appearance on her podcast in a polite manner.

“She was nice about it. But she’s like, ‘I’m going to take a pass at this time,’” Brandi recalled, adding that everyone has “sh*t they can’t talk about.”

Although Leann won’t be joining her on Unfiltered, Brandi seemed to confirm that their life as a family is going well.

“It’s annoying. [But] we have kids. We really are a modern family,” she said.

As for her encounter with the former president, Brandi said Bill “kind of cupped my boob underneath” during a charity event with her then-husband, Eddie, years ago.

“I liked it. I was very happy with it,” Brandi admitted.