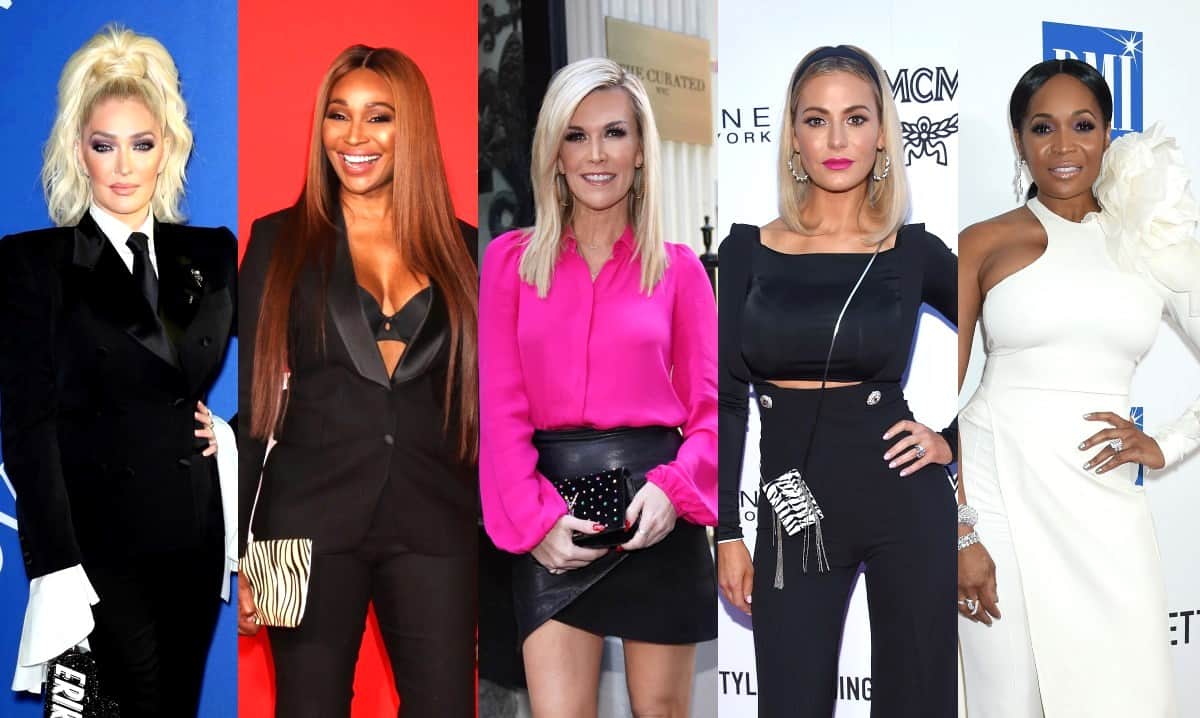 There are many reasons why we tune in to the Real Housewives franchises. Dramatic fights, over-the-top mansions, hottest househusbands, quippy one-liners, and much more.

But one of the main reasons Bravo friends love their housewives is definitely due to glam, or how some of the wives flaunt their most significantly stylish looks.

That’s why we’ve collected some of the most fashion-forward, unique ladies across all franchises, counting down with the Top 11 Best Dressed. Bravo Bravo Bravo, breaking the fourth wall, who’s the chicest housewife of them all? Be sure to take our poll below!

This Real Housewives of New Jersey star may have the most bangin’ bod of all the franchises, and she loves to put her fabulously fit figure “On Display” in various bikinis and sexy one-pieces. But in addition to her Jersey Shore style, Melissa’s wardrobe is filled with “Envy-able” goodies, from sequined catsuits to flowing prints, to structured dresses that perfectly fits her frame. 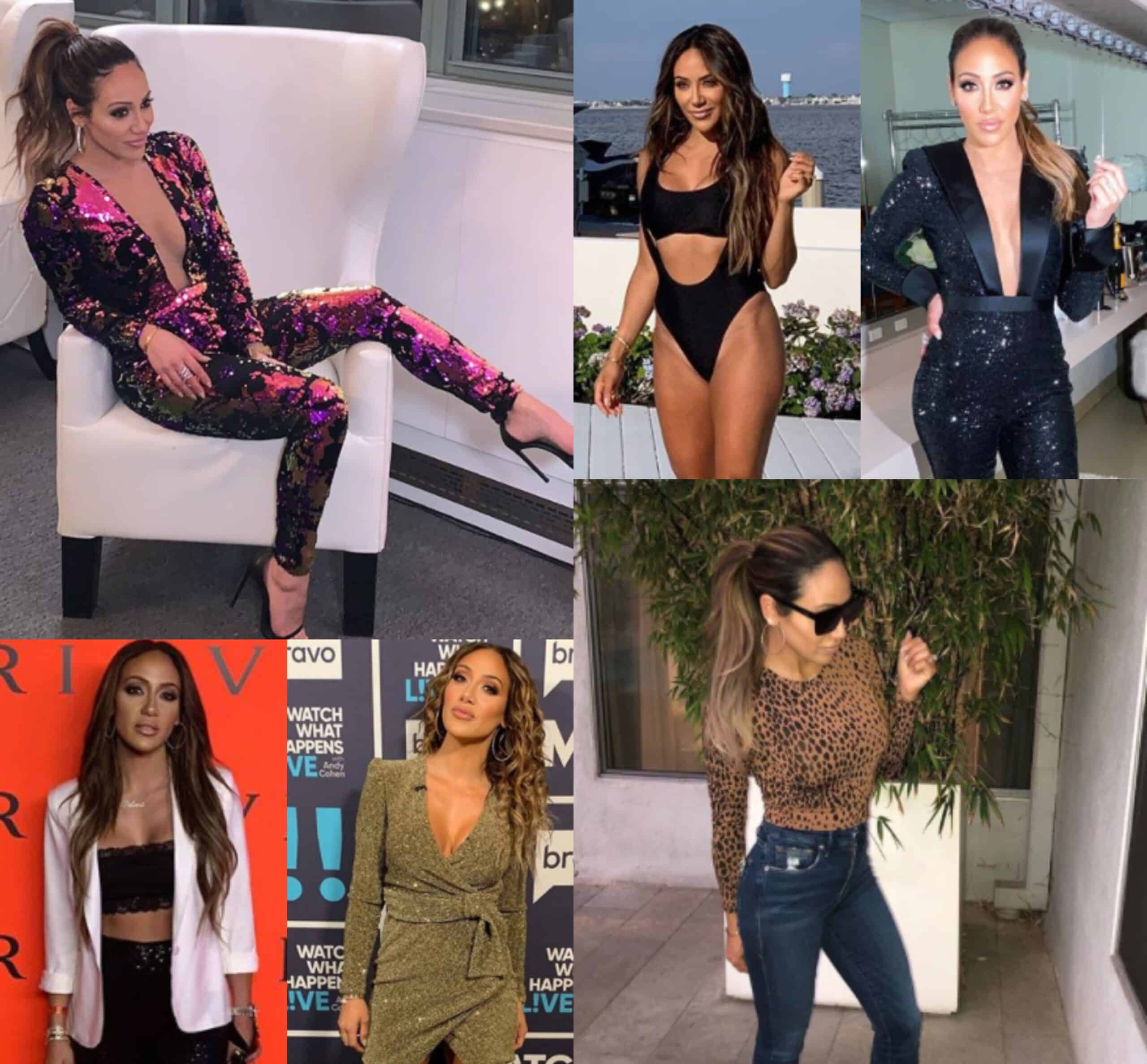 This Real Housewives of Atlanta star can do it all, from sleek sophistication to sexy chic to princess pageant star. Kenya knows how to not only find the most physically attractive pieces to accentuate her flawless figure, but does so with poise and impeccable taste, unafraid of bold pops of color and unique statement pieces. 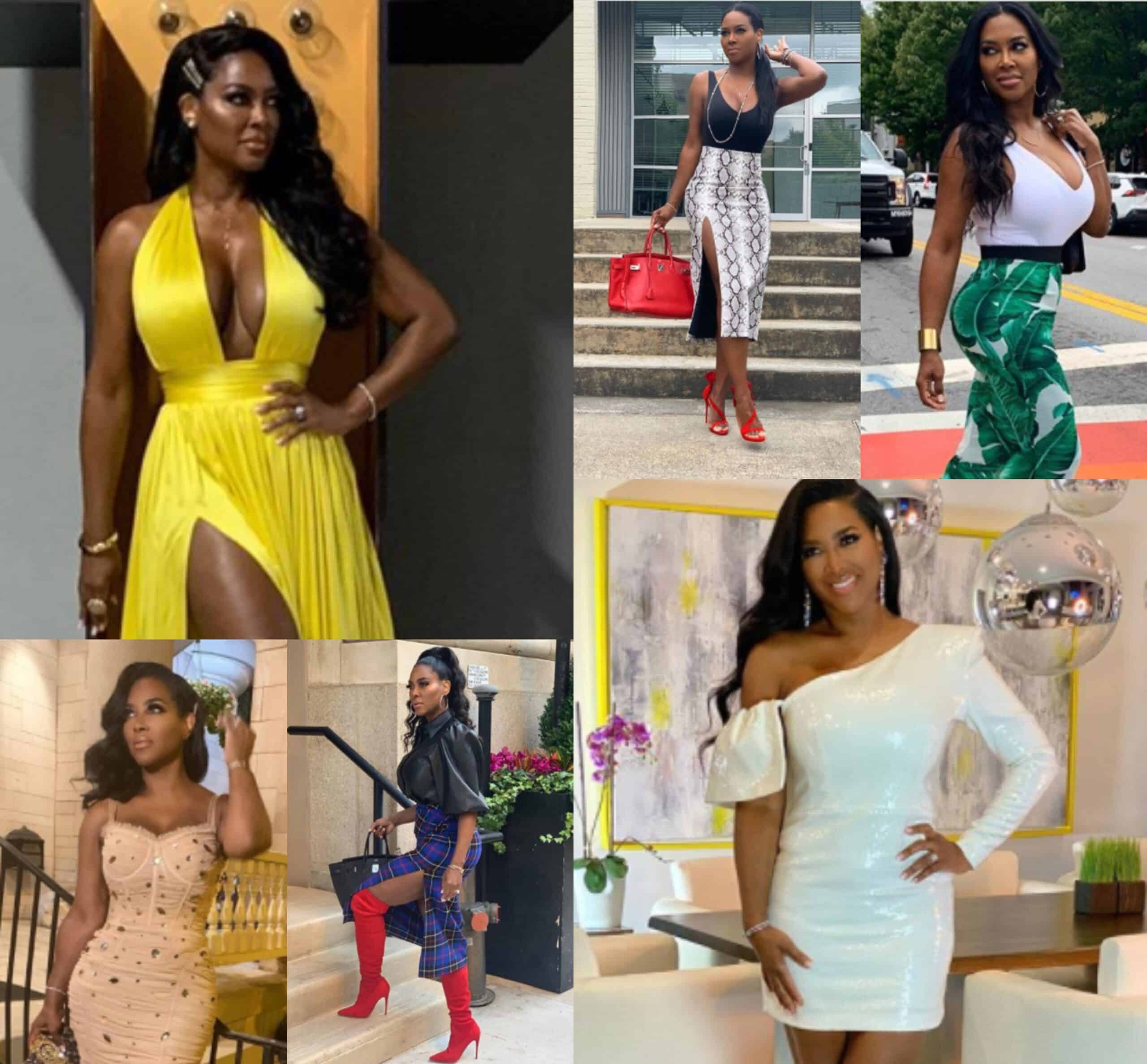 This Real Housewives of New York City rookie was a surefire hit with fans this season, as she made her debut as the hip, downtown housewife, emanating plenty of New York style. The designer helms the ship at her Married to the Mob streetwear company, and that eclectic, cool vibe definitely infuses her various looks. Sometimes she takes risks, and sometimes she just hits, with a knockout style perfectly fit for the Big Apple. 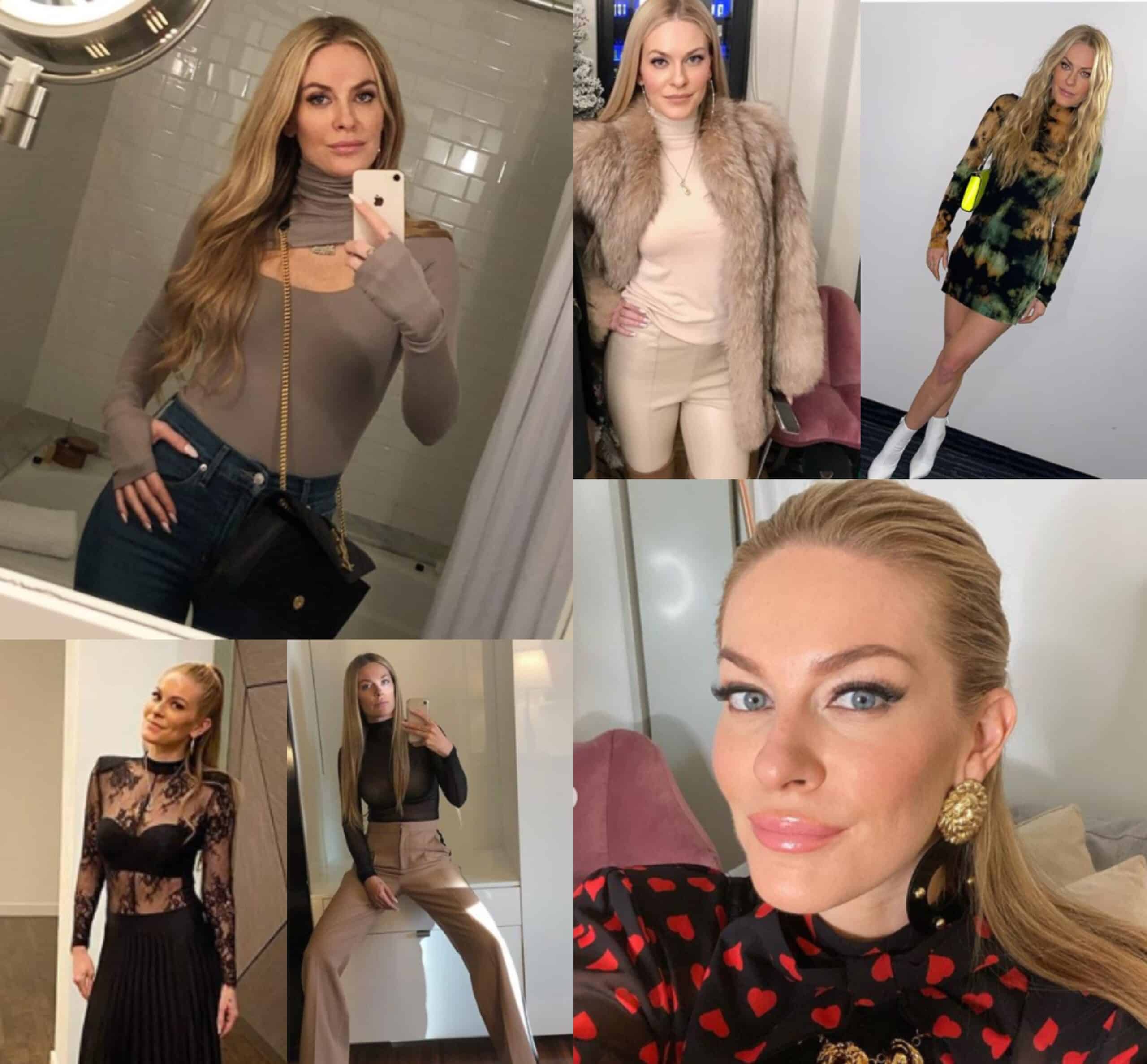 This put-together star from The Real Housewives of Potomac has a keen sense of it all, from taking fashion risks that play out perfectly to creating specific styles that each have a distinct narrative. We at Reality Blurb believe Monique truly dazzled this season with her various confessional looks, which she explained in a behind-the-scenes clip were created per the decades of the latter half of the 20th century in mind. From old Hollywood glam to ’70s Black Panther chic, Monique proved herself as a fashion force to be reckoned with. 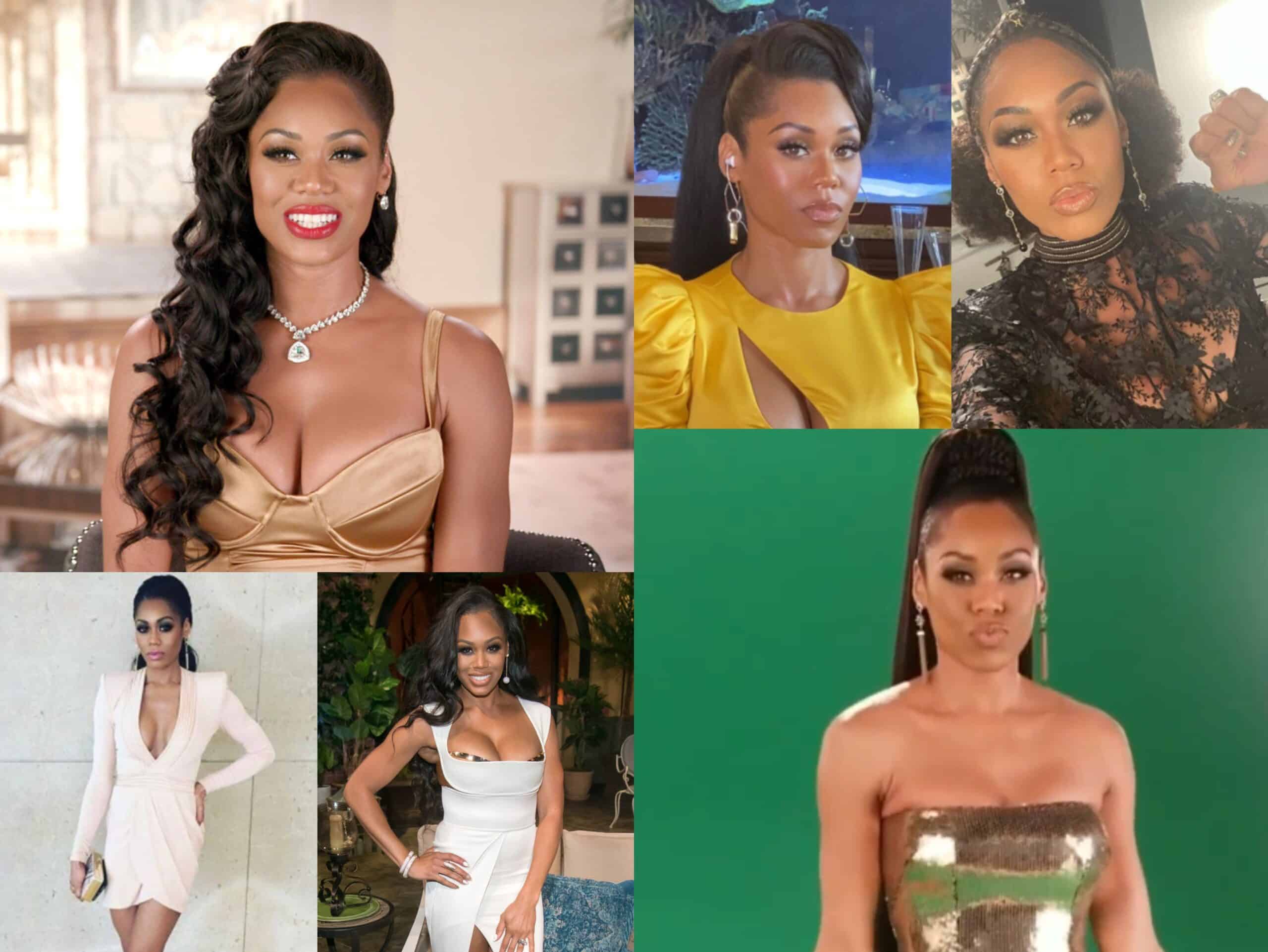 When this reality newbie joined The Real Housewives of Beverly Hills, fans were delighted to have another all-out glam star in the mix with Garcelle. The RHOBH rookie wasn’t afraid to step it up when first meeting the ladies, donning tulle skirts, hot pink and other bold colors, and plenty of hair work. 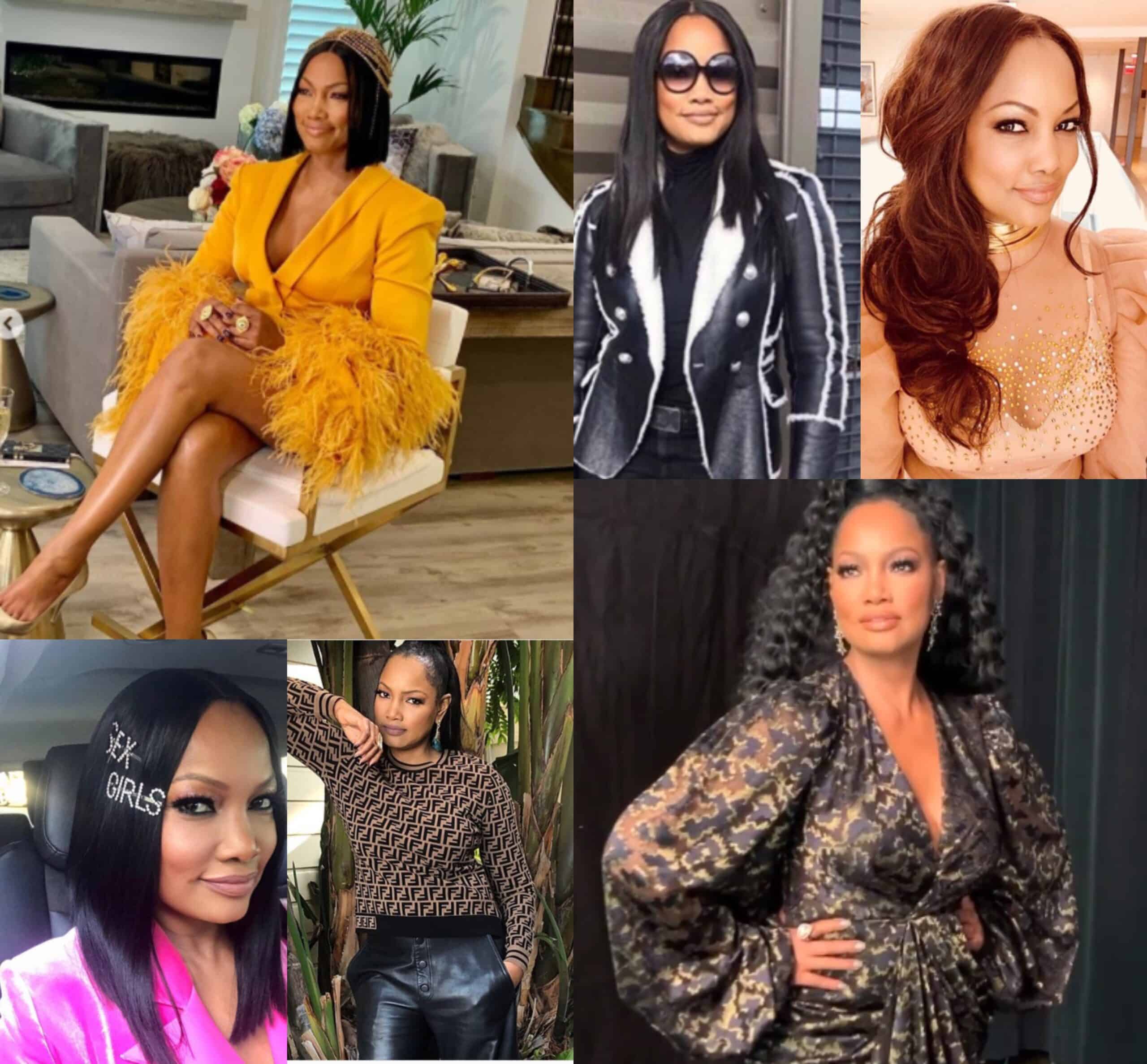 This Real Housewives of Dallas star is known for her perpetually pink styles, unapologetically flaunting her Barbie-esque looks in various posts to her Instagram feed. Although Kameron may seem like a prim and proper princess, she’s also not afraid to be bold, with colorful pieces and statement styles that definitely make the best of her epic closet. 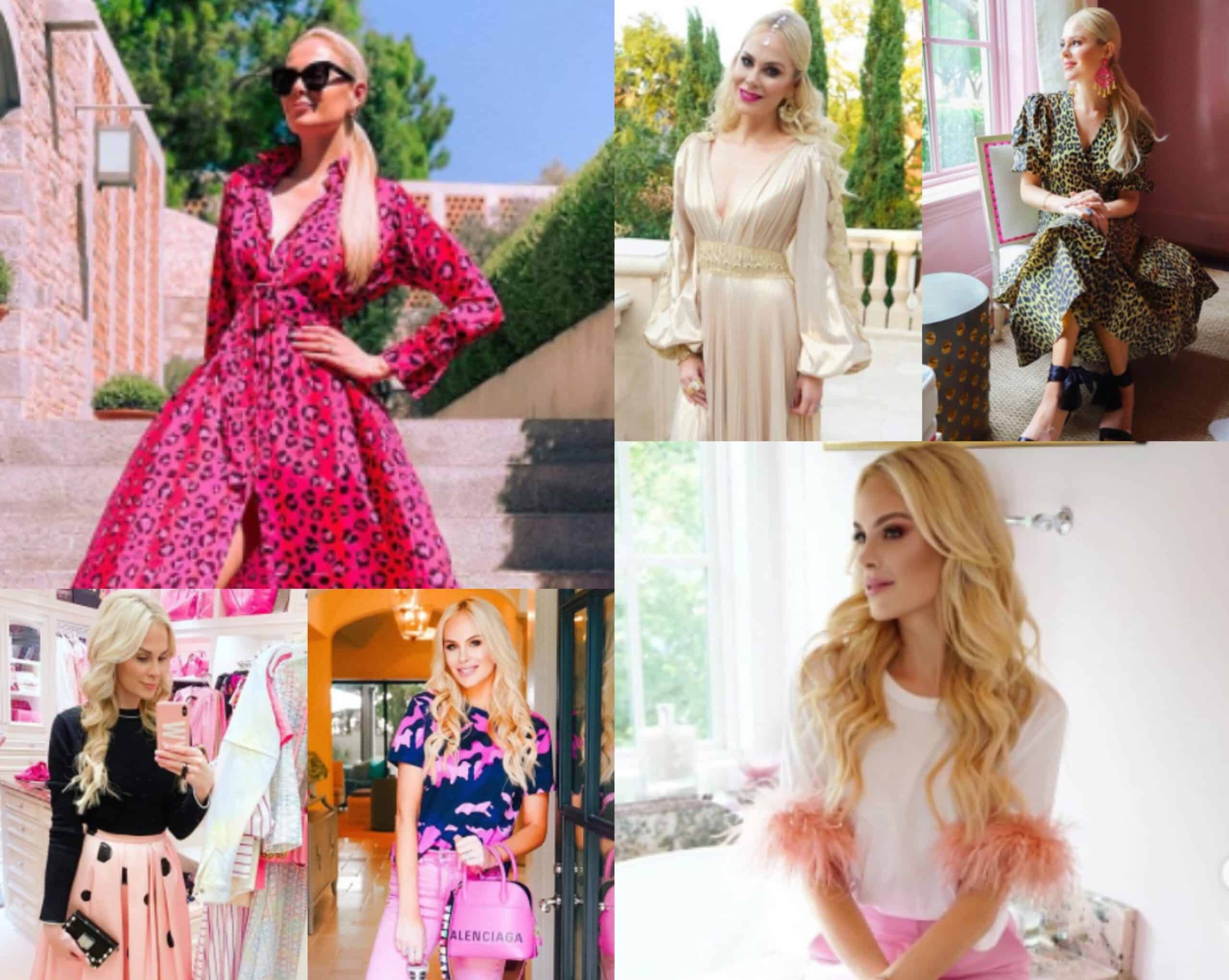 The best aspect of Cynthia’s style? That may be her various wigs and hairstyles, which have aptly complemented her chic looks, definitely giving Real Housewives of Atlanta viewers something to feast their eyes on. The former model certainly has a knack for what best suits her, from Hollywood glamour to beach goddess to her downtown ATL, street style.

Including this “XX$PENSIVE” singer on a “best dressed” list is an obvious one, as Erika’s debut on the Bravo scene with The Real Housewives of Beverly Hills definitely upped the game for Housewives across all franchises. Erika’s love of camp, glamour, and high-end fashion is on display in her various looks, from echoing Italian film stars of the ’60s to donning head-to-toe designer to experimenting with unique hairstyles. The reality (and Broadway) star always knows how to step it up. 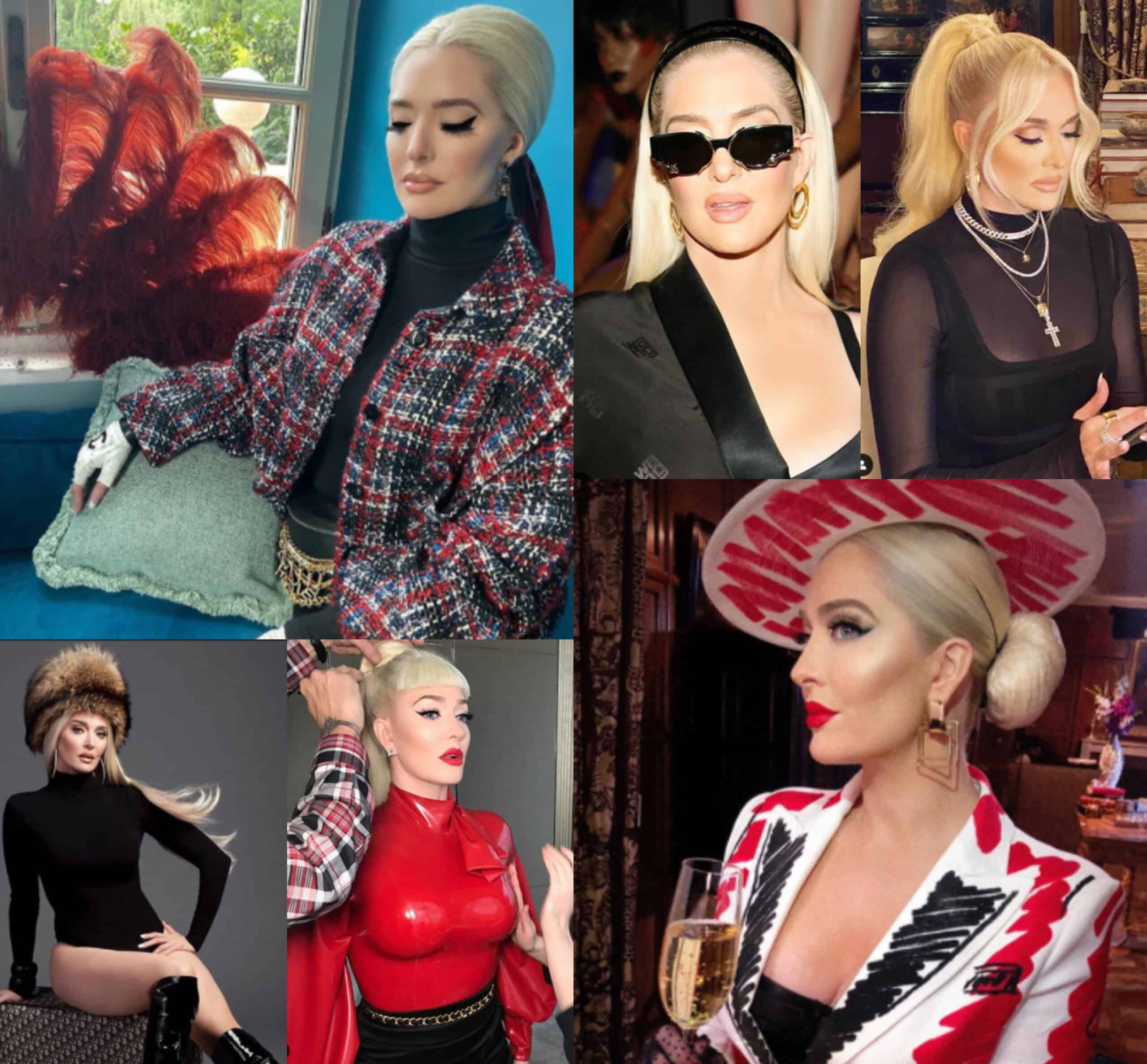 This southern belle and former New York housewife may not be as ostentatious as her fellow Bravolebs, but she knows how to put together a look and appear effortless while doing so. Whether she’s rocking a fabulous, princess-style reunion dress, or looking city-chic and sophisticated, Tinsley has a knack for choosing the best aesthetics for her body and individual style – definitely fashion fairytale-forward. 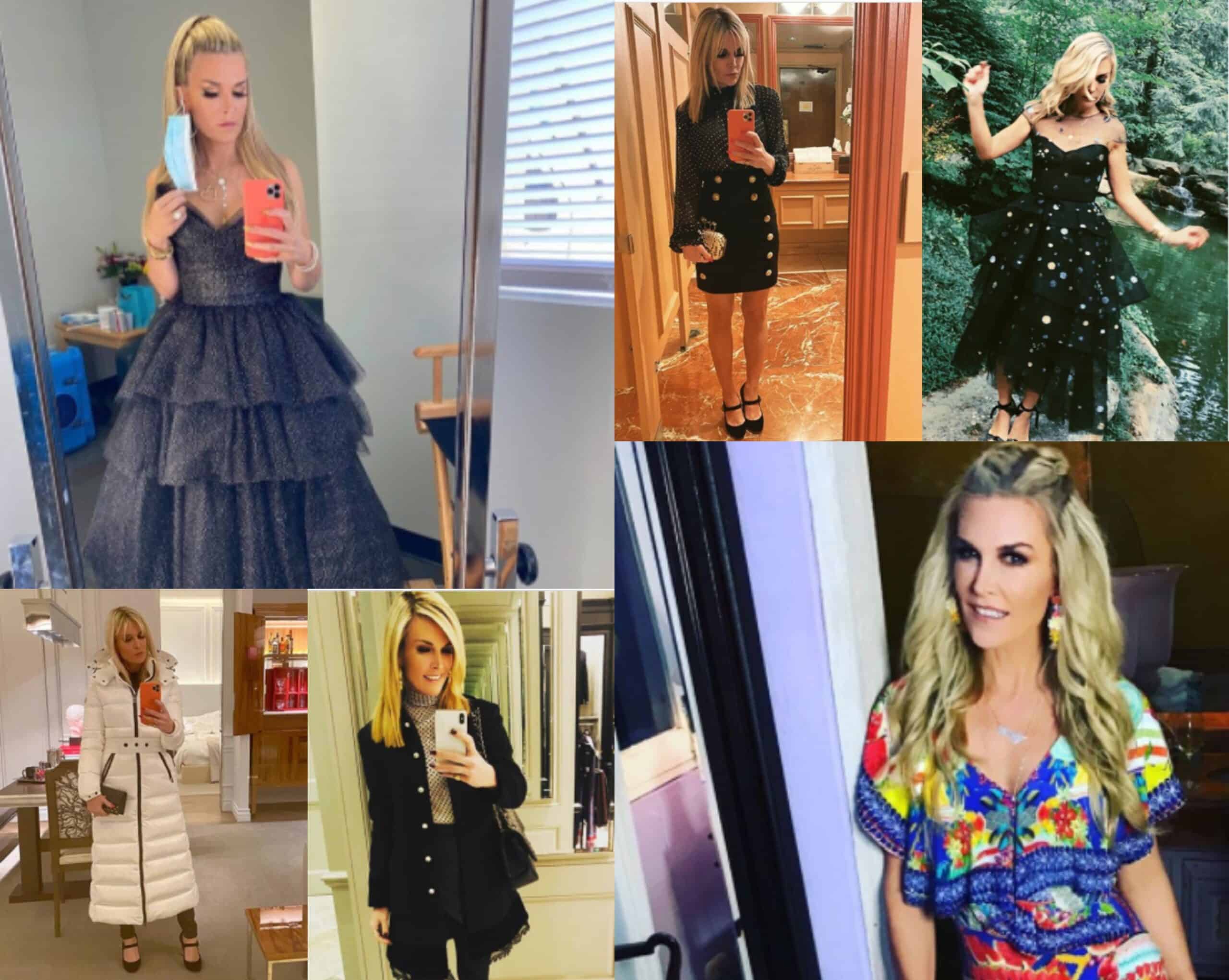 Perhaps Marlo is not an official housewife (we’re still wondering why), but her appearances on the Atlanta franchise have been nothing short of fabulous. Marlo, like other Bravolebs on our list, has a taste for high fashion and an all-out style. We also appreciate the 44-year-old’s ability to put together truly unique outfits, whether she’s dressing [somewhat] casual, rocking a hot one-piece, or suiting up for a sophisticated, yet stylish night out with the girls. Marlo doesn’t just sport designer styles for the purpose of flaunting a label (although that is one of her specialties), she knows how to create a specific narrative with each piece, exhibiting genuine creativity with each look. 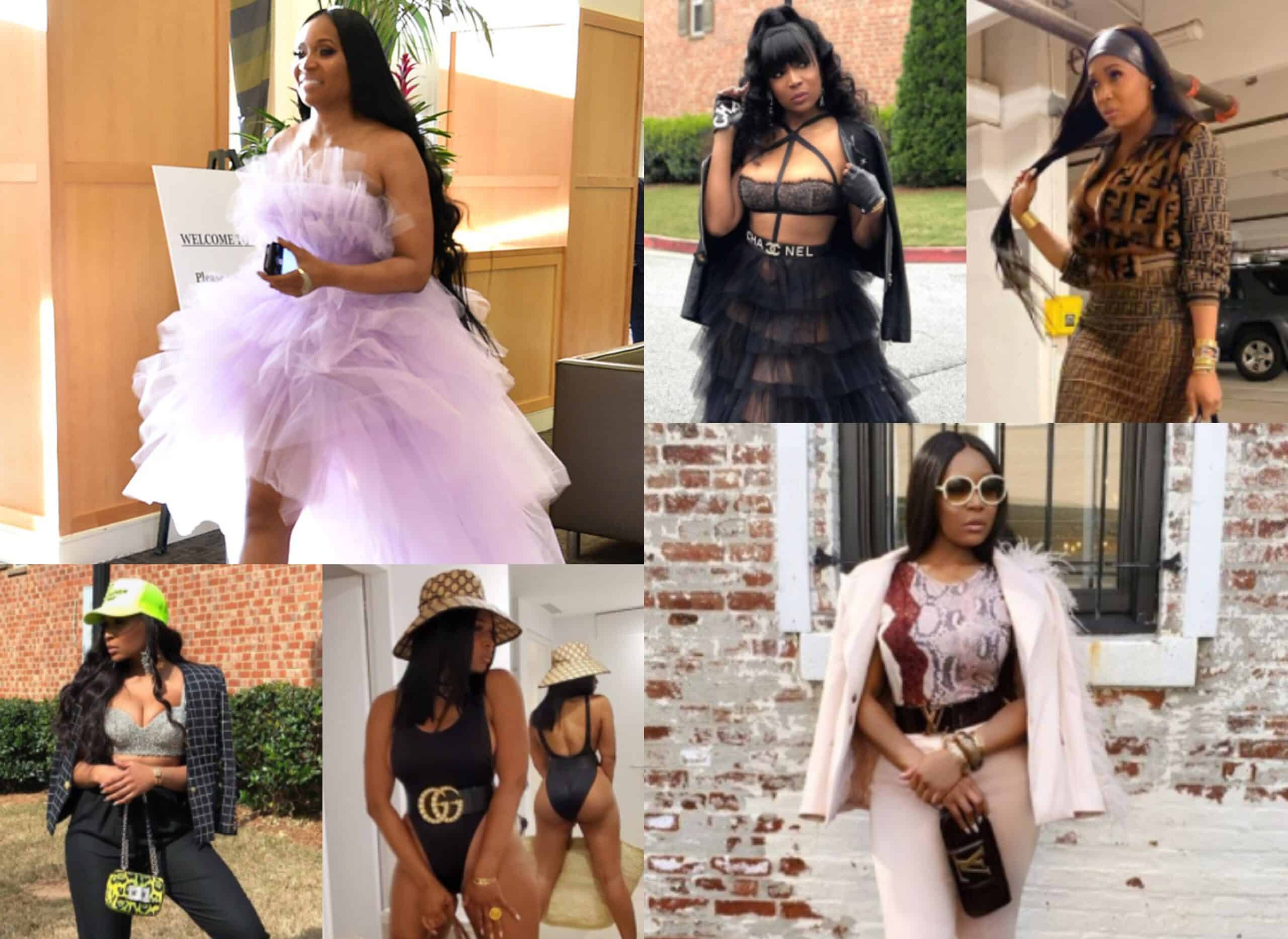 Over-the-top Housewives glam may have been stepped up by Erika Jayne, but it was truly catapulted to the next level with Dorit, the Beverly Hills housewife who joined for season 7. Dorit may have started off the series looking like a somewhat typical 90210 housewife, with blond hair and short, pretty dresses, but she ultimately turned into an ultimate style star, with enviable looks seemingly chiseled to perfection. Sure, Dorit’s “control issues” might play into how the minute details are constructed, but hey, if the Louboutin fits.

What sets the Beverly Beach designer apart is not only the risks she chooses to take (like extra-long ponytail braids or sky-high platforms or billions of barrettes), but the specificity in her choices, each telling its own original narrative. She has an impeccable knack for taking risks and hitting the bullseye — an exceptionally difficult task. Dorit’s fiery personality and even fierier creative sensibility make her a no-brainer for the number one slot. 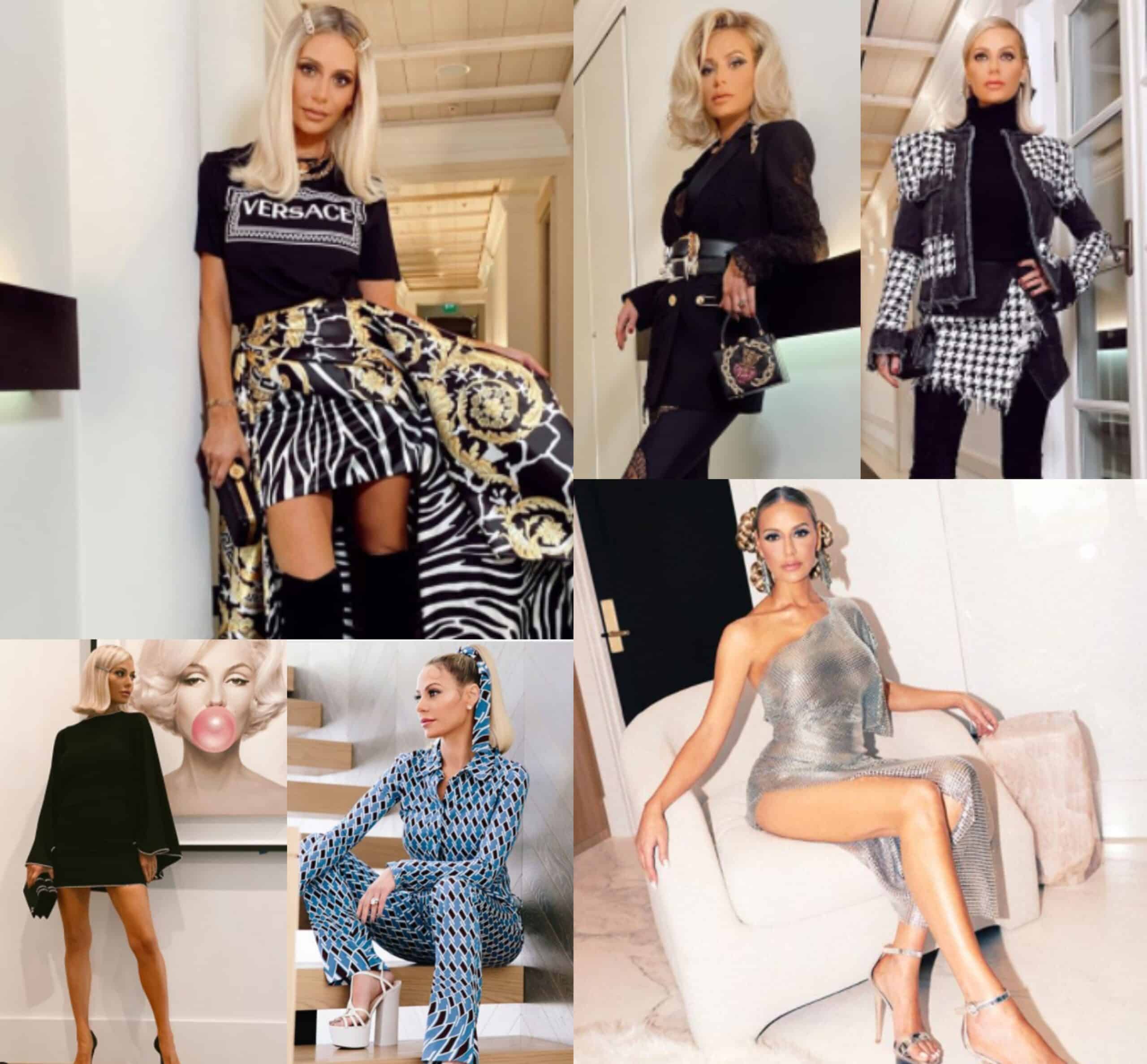 TELL US – WHO IS YOUR PICK FOR THE MOST FASHIONABLE REAL HOUSEWIFE?

RHOSLC’s Meredith Marks Addresses Rumors of a Mystery Man in NYC and Confirms Friendship With Jen Shah “Will Never Be the Same,” Plus She C...

RHOA’s Kenya Moore Fires Back at Kandi Burruss and Don Juan For Insinuating She Didn’t Give to Kandi’s Charity, Says She Gave “More Than $5000,&#... 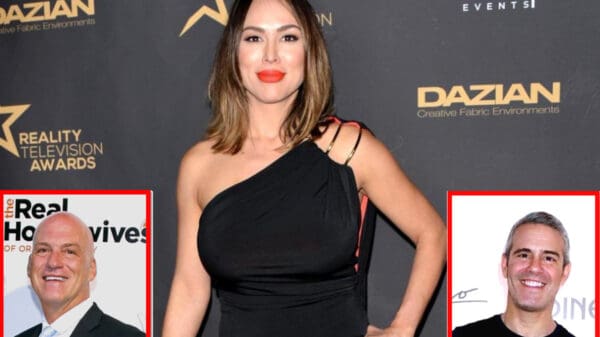 RHOC’s Kelly Dodd Offers Update on Co-Parenting With Ex Michael Following Recent Custody Feud, Says Andy Cohen Was “Really Hard” on Her at the Reunion And Talks Drama With Meghan ... 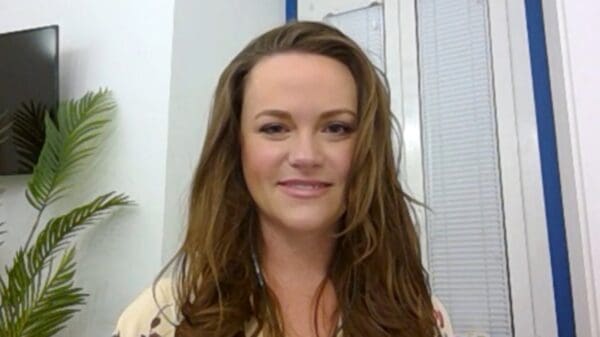