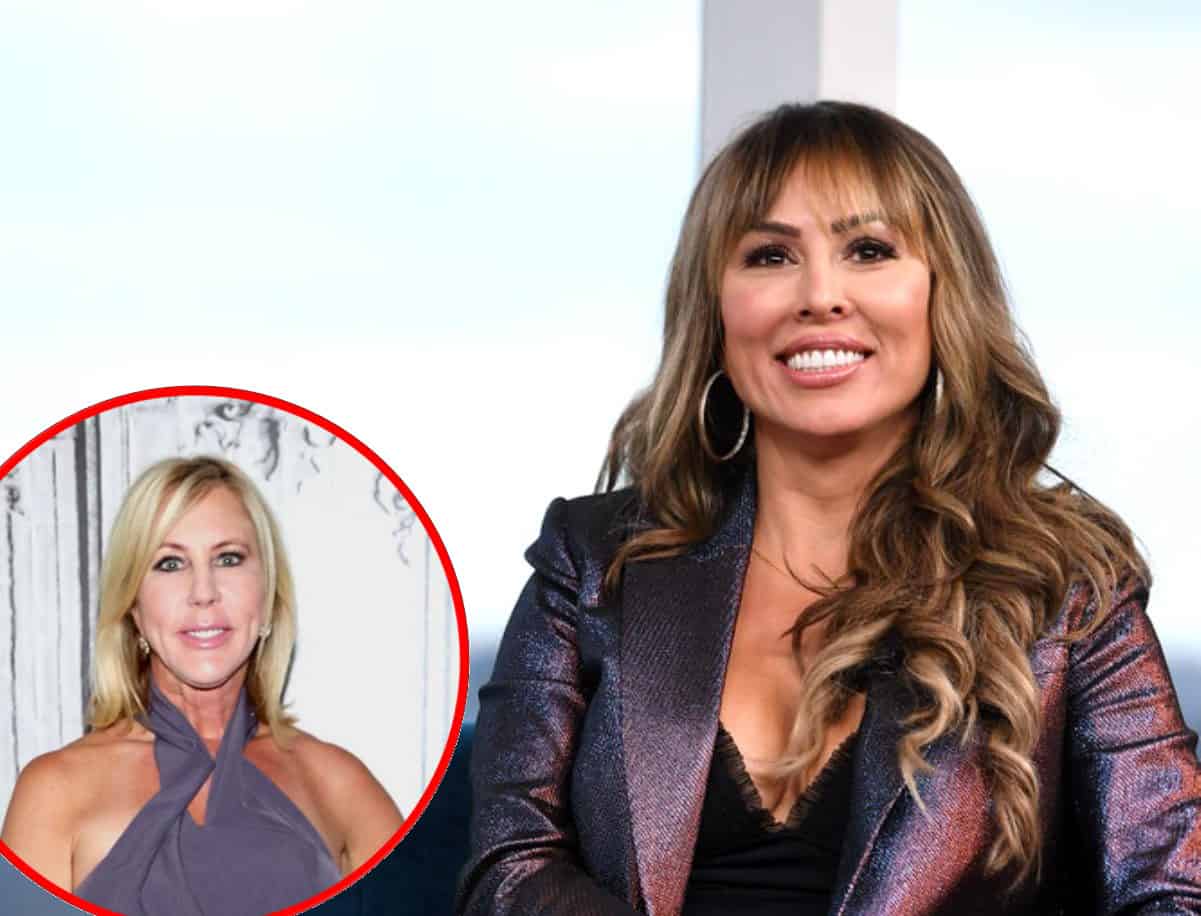 Kelly Dodd wasn’t happy to see that her brother, Eric Meza, responded to a comment Vicki Gunvalson had made about a meme poking fun at the current Real Housewives of Orange County cast.

After seeing that Eric had commented on a post comparing the new ladies of RHOC to a “yard sale” while suggesting Vicki and other former stars of the show, including Tamra Judge, Gretchen Rossi, and Heather Dubrow, were “Chanel,” Kelly called out her sibling.

“Gotta laugh at this,” Vicki had written on Twitter in the caption of the offensive photo.

After seeing Vicki’s response, Eric responded with an “LMAO” message and a series of laughing emoji.

A short time later, Kelly clapped back at her brother for his comment.

“Why would you follow that ? You are my brother,” she told him.

After Eric defended himself, explaining to Kelly that he was only laughing about the other “yard sale” cast members of RHOC, including Emily Simpson, Gina Kirschenheiter, and Elizabeth Vargas, Kelly responded to another person who encouraged her not to worry about the dig.

“This post is just stupid. One photo is after a glam squad dressed them, did their hair and make-up, then took the fake a** photo and touched it up. The other one is of a genuine pic of girlfriends having fun, prob taken with someone’s iPhone, not even a filter. Don’t even entertain this shit Kelly,” the person stated.

“Where is the Chanel?” Kelly replied.

Kelly then proceeded to make a number of disparaging remarks against Vicki’s appearance.

“Looking at Mrs Piggy face and her funky body (gross). You can put lipstick on a pig (Chanel) but it’s still a [pig] oink oink,” Kelly wrote.

As fans of RHOC will recall, Kelly poked fun at Vicki’s nose on a number of occasions during past seasons of the show and has also been known to call her “Mrs. Piggy.”

The Real Housewives of Orange County season 15 premieres next Wednesday, October 14, at 10 p.m. on Bravo.