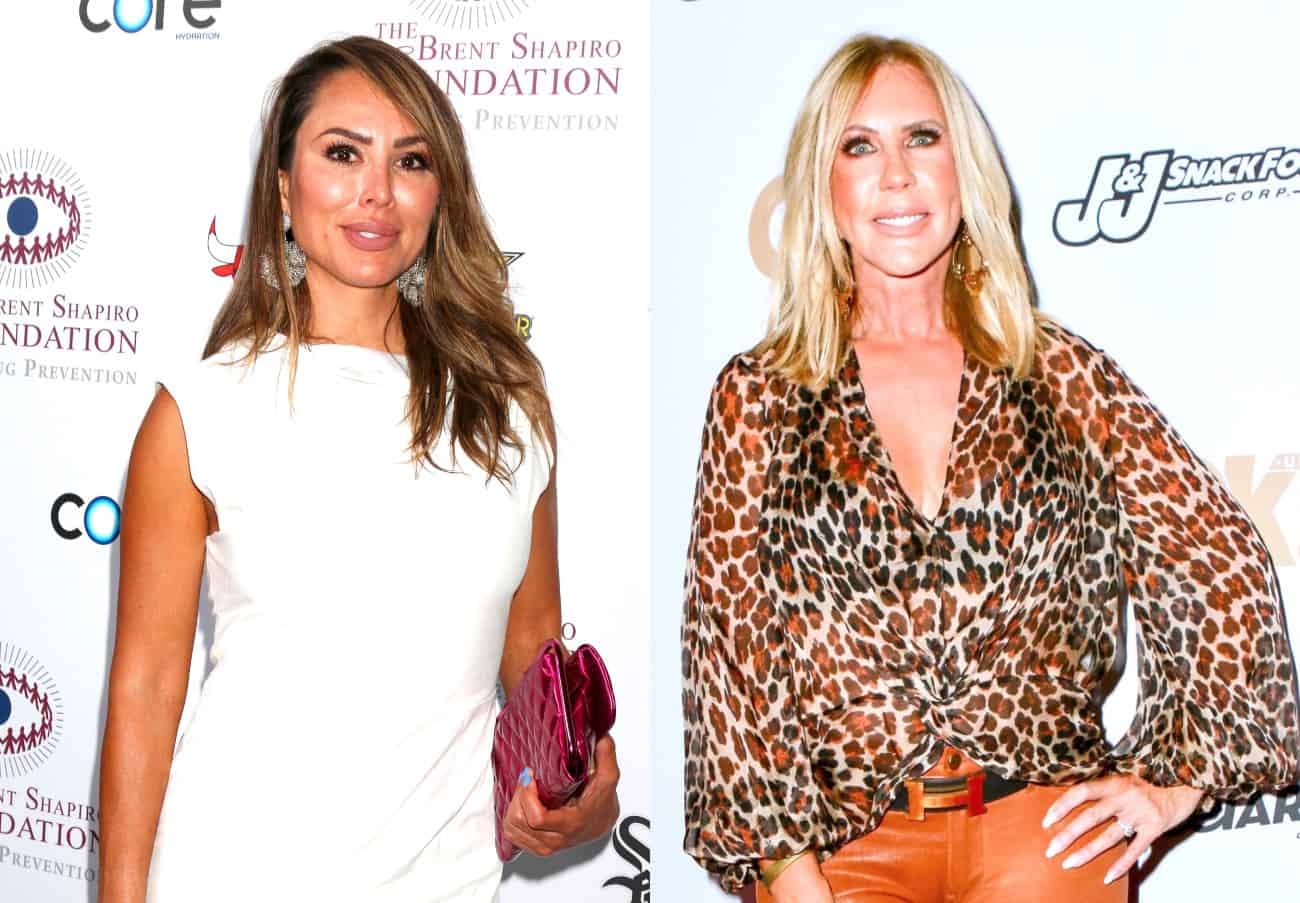 Kelly Dodd has compared Vicki Gunvalson to a pig in the past, and in a recent tweet, she appeared to share a shady message about her engagement to Steve Lodge.

Amid a very dramatic three-part Real Housewives of Orange County reunion, Kelly took to her Twitter page to seemingly slam someone who was engaged but didn’t yet have a wedding date by sharing a message sent to her by her brother.

“If a man gives you an ‘engagement ring’ with no ‘wedding date’ you’re not engaged you’re on ‘lay away,'” the message Eric sent read. It also included a pig emoji at the bottom of the message.

In the caption, Kelly added, “My brother Eric sent this to me .. Thanks Eric .. not sure of my wedding date .. it’s coming up 2 fast.” 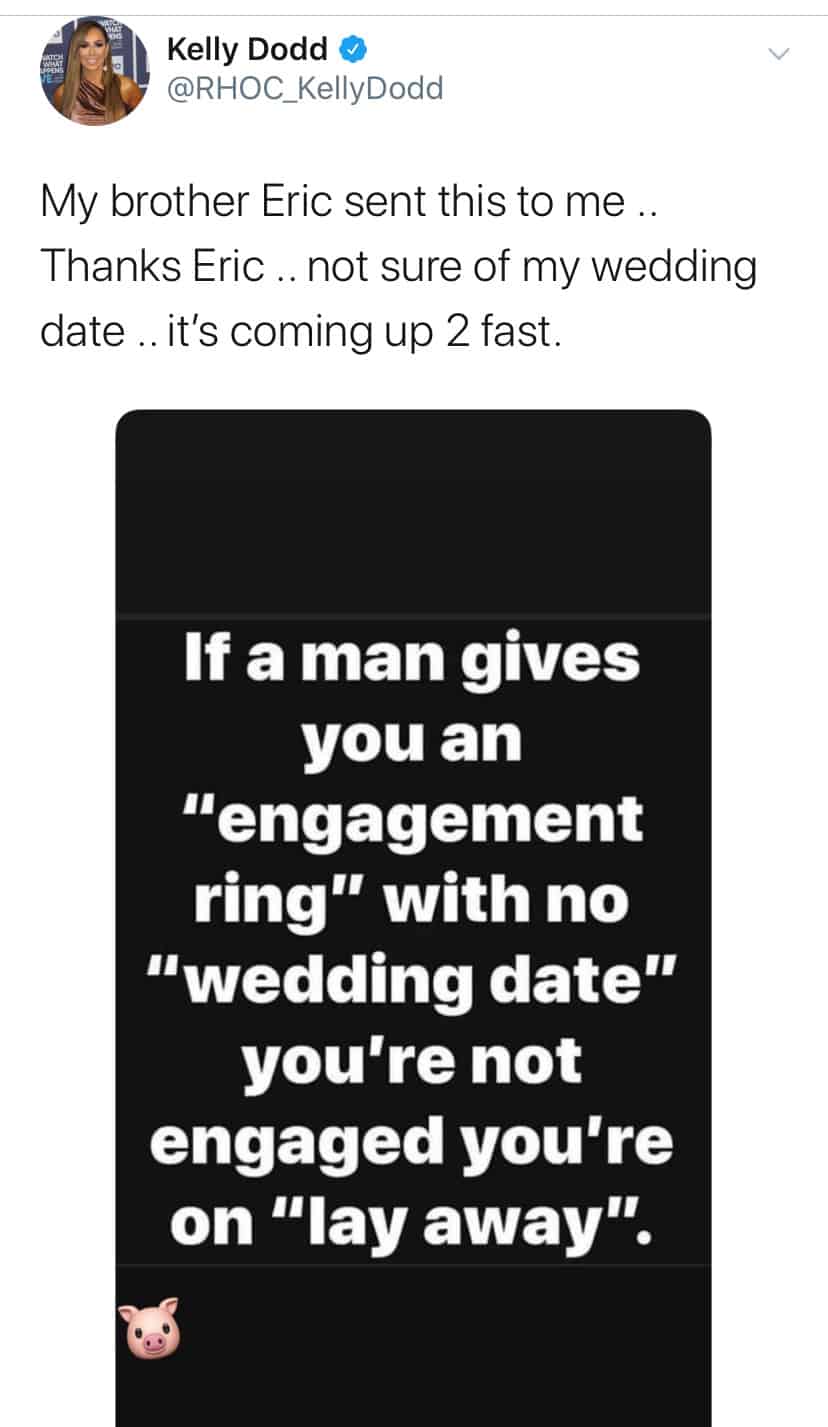 As soon as Kelly shared this message, a number of fans left comments about it, many of whom suggested it was about Vicki and her engagement to Steve. However, after reading her fans and followers’ messages, Kelly said her post was actually about her and her engagement to Rick Leventhal, which came after just three months of dating.

“My last tweet is not about Vicki it’s about me .. you just gotta love brothers !! He was teasing me,” she explained.

My last tweet is not about Vicki it’s about me .. you just gotta love brothers !! He was teasing me .

While Kelly insisted that her message had nothing to do with Vicki, her fans weren’t convinced.

Hhhmmmm…. the pig emoji would make one think it's about Vicki, just saying ????‍♀️

As RHOC fans well know, Kelly first slammed Vicki as a pig in 2018 after learning that Vicki and Steve had gone out on a double date with her ex-husband, Michael Dodd, and another woman. Months later, while filming RHOC season 14 with Gina Kirschenheiter, Kelly poked fun at Vicki’s reduced role and said, “You can’t put lipstick on a pig.”

Kelly also appeared to make fun of Vicki’s looks when she sent an animoji video of a pig to her at the start of the season and later said she had no regrets about doing so.

“If I really wanted to do the low blow, I could’ve put a poop emoji or the lion because she looks more like a lion than a pig,” Kelly explained to PEOPLE of her decision to send the clip. “But I just did a pig because Slade Smiley said she looked like a pig and I know that really hurt her.”