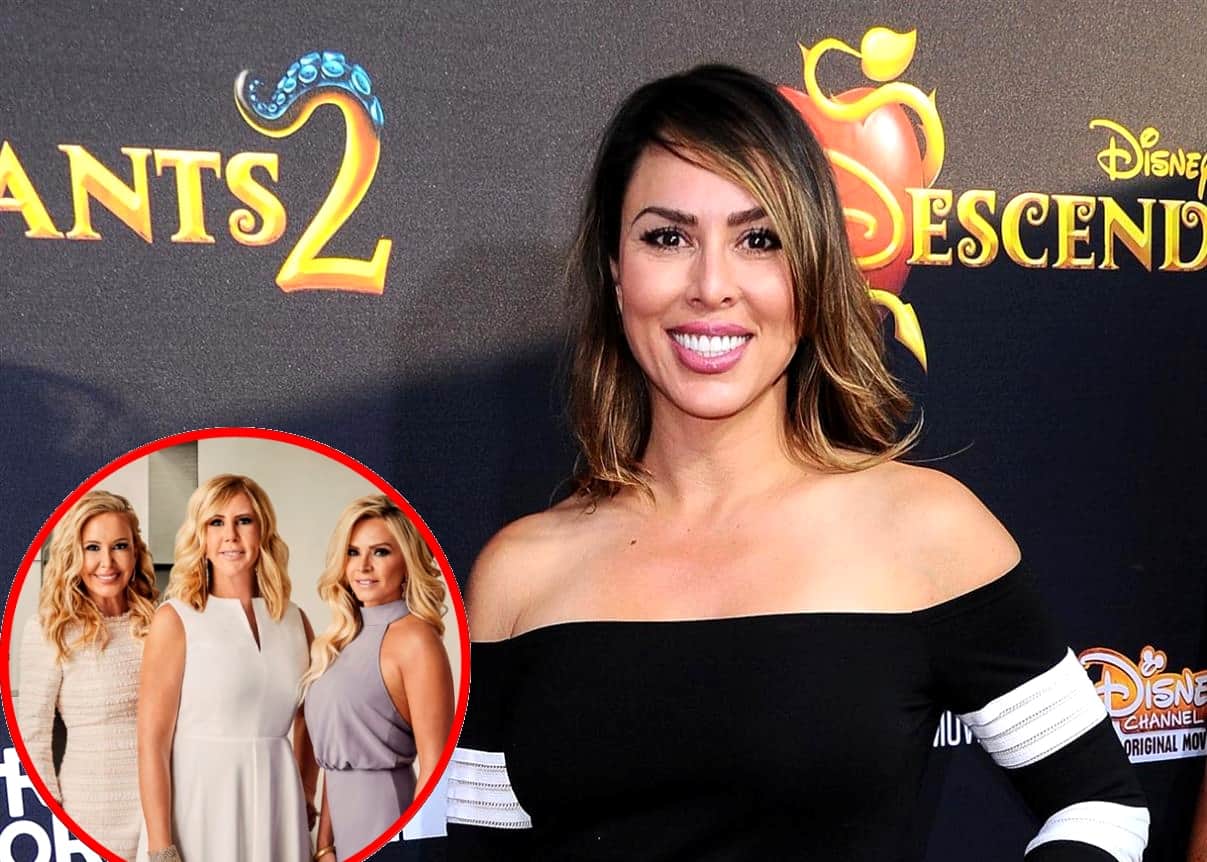 Kelly Dodd is calling out the “Tres Amigas.”

In a series of new interviews, the Real Housewives of Orange County cast member has taken aim at Tamra Judge and accused the group, which also includes Vicki Gunvalson and Shannon Beador, of being in cahoots in an effort to remain relevant on the show, before slamming Coto De Caza and reflecting on the shocking pig video she sent to Vicki.

In her first video interview with PEOPLE Live, Kelly looked back on Tamra’s housewarming party, which was seen on the second episode of season 14.

“[Tamra] invited Vicki when she knew damn good and well I didn’t want Vicki to be there. She did that to prod at me,” Kelly claimed.

According to Kelly, Tamra wasn’t friends with Vicki at the time of her party and actually offered to throw Vicki out of the event.

“[Tamra] didn’t want Vicki there because she was getting irritated by Vicki. And then all of the sudden now she’s friends with Vicki? It’s just weird. It’s like she was out to get me undercover,” Kelly suspected.

As for why Tamra and Vicki suddenly reconciled, she claimed they did so in an effort to secure their roles on the RHOC.

“They’re getting older now and so they need to form a bond or a unity because they feel their jobs are in jeopardy and if they keep this alliance between the three of them, they’re not going to all three get fired or demoted,” she explained. “I think they build this strong alliance to keep their job.”

Kelly went on to take aim at the neighborhood in which Tamra and Vicki live and said to her that her house in Newport Beach is “way more than their houses out in Coto De Caza.”

“Coto De Caza… they make it sound like it’s glamorous, like Beverly Hills. But to be quite honest, it’s out in BFE,” she revealed. “There’s no restaurants. It’s a beautiful community but it’s hot. It’s in the middle of nowhere. There’s no shopping. You’re not close to an airport. There’s nothing to do.”

During the season 13 reunion, Vicki took aim at Kelly by accusing her of poor parenting and drug use but according to Kelly, she doesn’t do any drugs. In addition, the person Vicki claimed told her they saw Kelly do cocaine denied having said any such thing to Vicki.

“For Vicki to say that… There’s just no basis to it and it really hurt my daughter. You are going to see that on the show, how my daughter really gets affected by Vicki,” Kelly said in her second interview with PEOPLE Live. “Vicki makes everything up. Did Vicki see me do it? You can say anything, you can hear rumors all you want. Did Vicki see me do it? I’ve seen Vicki eat edibles and I don’t care. It’s just crazy… She’s just a big fat liar.”

Reflecting on the pig emoji video she sent to Vicki, Kelly said that she wasn’t necessarily going for a low blow. That said, she definitely doesn’t regret sending it.

“If I really wanted to do the low blow, I could’ve put a poop emoji or the lion because she looks more like a lion than a pig,” she explained in her third interview. “But I just did a pig because Slade Smiley said she looked like a big and I know that really hurt her. And, it’s like, I didn’t want to type it so I just thought it would be funny to put a pig emoji. I still think it’s funny. I’d do it again. I mean, what’s wrong with a pig emoji? The little pig is cute!”