Home Real Housewives of Potomac News Katie Rost Reveals She Had “Sexual Relationship” With RHOP Cast Member: “It’s My Own Business and Hers,” Plus She Debuts New Jewelry Shop

Katie Rost Reveals She Had “Sexual Relationship” With RHOP Cast Member: “It’s My Own Business and Hers,” Plus She Debuts New Jewelry Shop 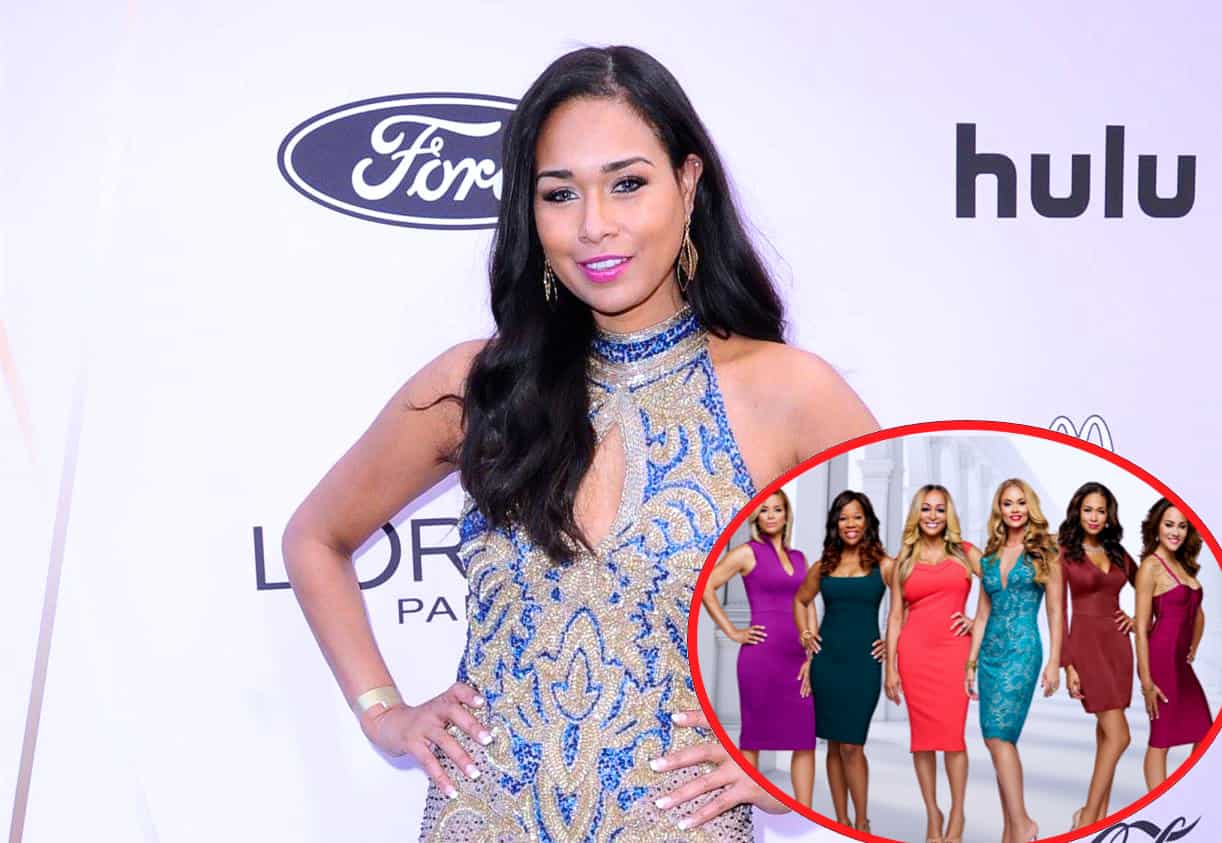 The former Real Housewives of Potomac star recently revealed that she had a “sexual relationship” with a cast member on the show and condemned those who speculated about the interaction.

In a since-deleted Instagram post, the blog The Black Socialites asked fans who Katie “allegedly tried to have lesbian s*x with,” setting off rumors of a steamy RHOP interaction.

The post, which was shared by Twitter user @AmberMarchamp, detailed a wild, “heavily intoxicated night” in which Katie and a “Veteran OG” hooked up and Katie “stole a 6 pack from [the OG’s] garage” the next morning, continuing her drinking spree. 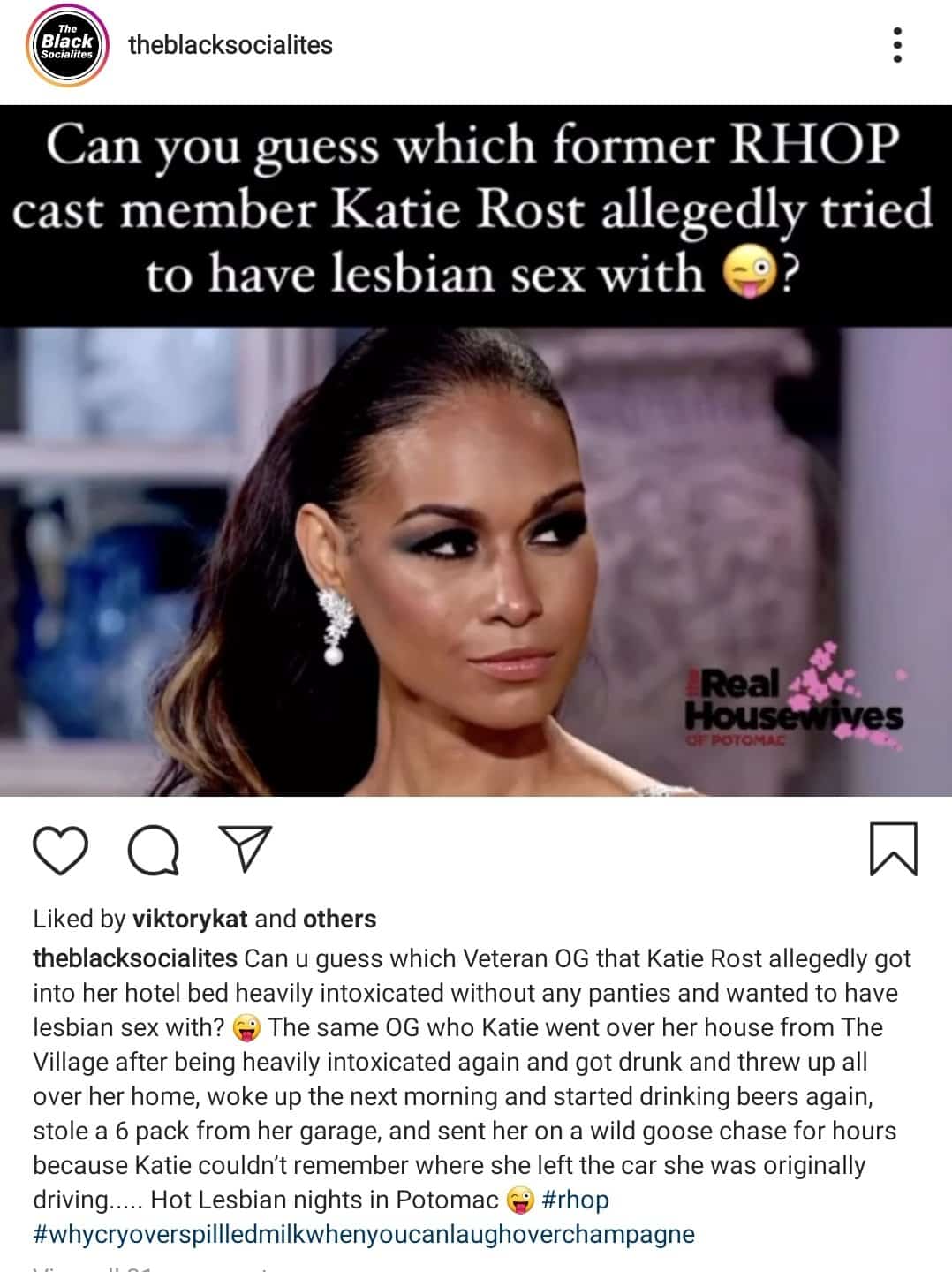 “I was going to bite my tongue, but as a bisexual woman who had a sexual relationship with a cast member when I was on the show — [it’s] my own business and hers,” Katie commented. “It is mean-spirited and unnecessary to write this.”

She continued, “We have a friendship that will last beyond this hateraid. I am proud of that and of [the] love that we made. Think it’s evil to shame us for what we had and have.” 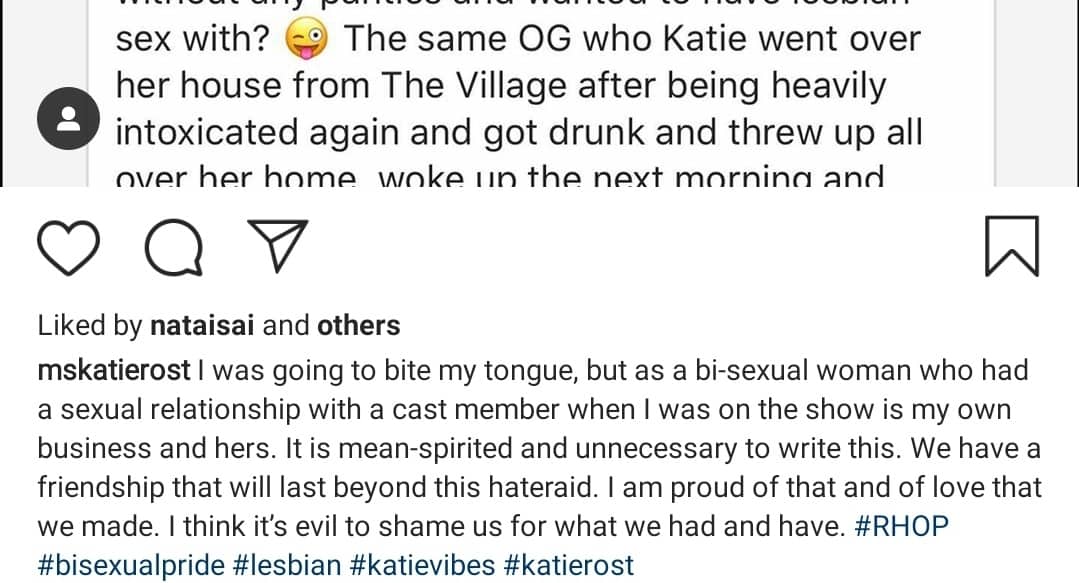 Katie apparently went on further, reported The Cheat Sheet, to say, “My sexual relationship with that person is private and I would never out someone who isn’t ready, neither should bloggers. So stop.”

As other outlets picked up the story, Katie reacted with a follow-up post of her own, stating that it wasn’t her “intention” to spread the gossip but that she “came out a long time ago” as bisexual and wanted to “bring dignity to that.” That post was also taken down.

Moreover, Katie received support from Real Housewives of Orange County cast member Braunwyn Windham-Burke, who has been outspoken in her progressive views and bisexuality.

“I couldn’t of said it better myself,” Braunwyn wrote on Twitter. “Being an ally isn’t wearing a cute outfit on a float, it’s standing up for people and giving them the grace to be themselves.”

I couldn’t of said it better myself, being an ally isn’t wearing a cute outfit on a float, it’s standing up for people and giving them the grace to be themselves. https://t.co/5miasVcr61

Although the former model’s time on the RHOP was short-lived, she has shown no signs of slowing down in her career. She recently posted a sexy shot on the beach to her Instagram to share some bangles and other bracelets from “The Katie Shop,” her new collection of jewelry pieces, which is available on her website.

“Bangles from #TheKatieShop shot by Marc Baptiste at Riis Beach. #katievibes #models #photoshoot #nyc,” the 40-year-old wrote in her caption.