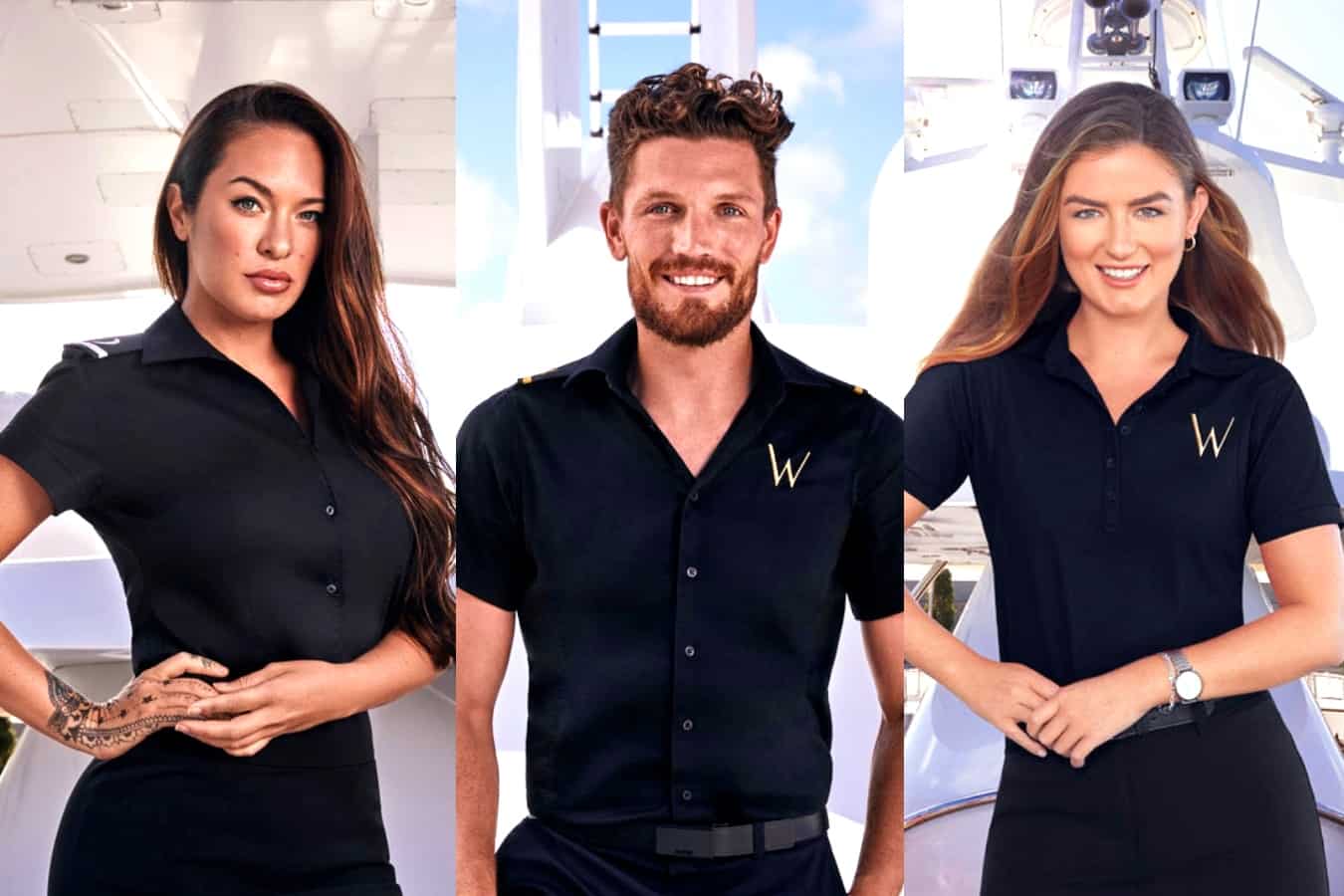 In a sneak peek of the second part of the Below Deck Mediterranean reunion, host Andy Cohen asks Rob a fan question about the potential of being into Aesha Scott if Jess wasn’t around.

“I didn’t have that type of relationship with Aesha, anyway. It was more of a brother-sister type vibe,” he said in the clip. “I don’t think so, no.”

After flashing a look of disbelief, Jess then chimed in to give her two cents, doubting what Rob said and pointing toward a somewhat racy direct message Rob sent Aesha.

“I’m not going to go there, but there definitely was a [direct message] sent that wasn’t brother-sister[like],” Jess said.

“No… it was just an extremely inappropriate DM from Rob to Aesha. So I don’t know how he can say he didn’t have any attraction to her,” Jess replied seemingly dodging the question a bit.

“The one asking if you took a big c— lately and if you liked it,” Jess responded.

“When did I get that?” Aesha asked in the preview below, first shared by PEOPLE.

The seas of Jess and Rob’s relationship were definitely pretty stormy during this season, as the two often fought over issues of jealousy — especially when Jess found out Aesha grabbed Rob’s butt while posing for a group photo.

The two were able to seemingly sort out their differences during the final episode, when they agreed to take a trip to Bali together. Unfortunately, after their trip, their relationship soon dissolved, as Jess shared on an episode of the After Show that she and Rob “didn’t end on the best note.”

“You know, the problem is we both know each other, like we both know how to hurt each other and trigger each other,” Rob responded in his section of the show. “If we could address that and take ownership of the fact that we both created the mess at the end of the day and not use that.”

Live Viewing Thread – Part two of the Below Deck Med reunion airs tonight on Bravo at 9/8c. This is also a live viewing thread so feel free to comment and chat below as the episode airs!