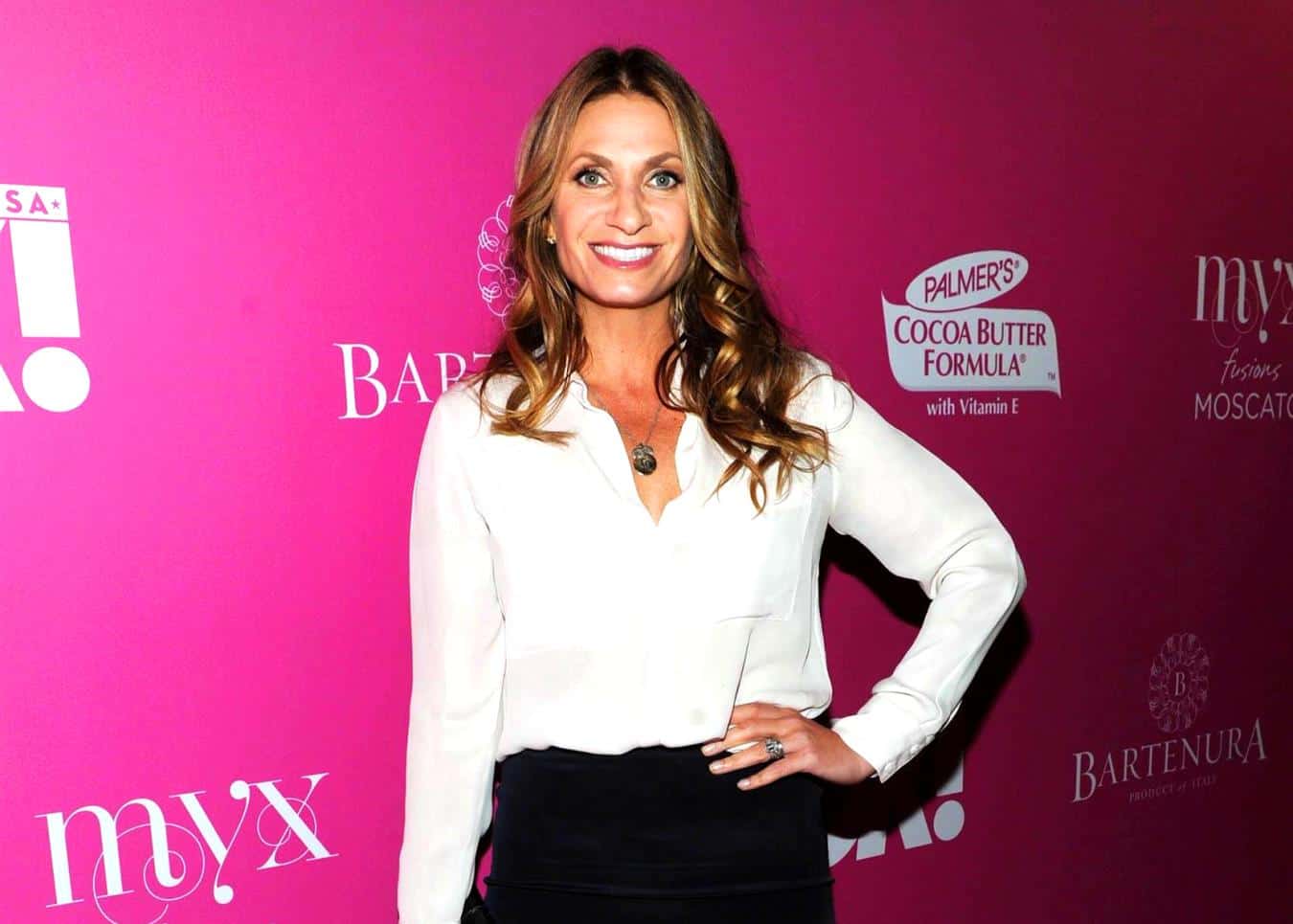 Heather Thomson will reportedly appear on the upcoming 13th season of The Real Housewives of New York City.

Over the weekend, as Heather was seen filming in the Hamptons with the returning members of the show, including Ramona Singer, Luann de Lesseps, Sonja Morgan, Leah McSweeney, and Eboni K. Williams, a report surfaced online in which it was noted that she is “back” before Eboni seemingly confirmed she is part of the official cast.

“Currently witnessing an all cast filming of RHONY in the Hamptons and I’m shaking. FYI – Heather Thompson is present. She’s back,” producer Sam Pezz wrote on Twitter on October 25.

Sam also shared a video from the ladies’ outing on his Instagram Stories.

As Heather enjoyed a night out with the RHONY cast, Eboni, whose addition to the show was confirmed weeks ago, shared a very suspicious post on her Stories, which Queens of Bravo shared on their Instagram account.

After a fan account had included Heather in a post titled, “Meet your Season 13 Cast,” Eboni re-posted the announcement to her own followers. 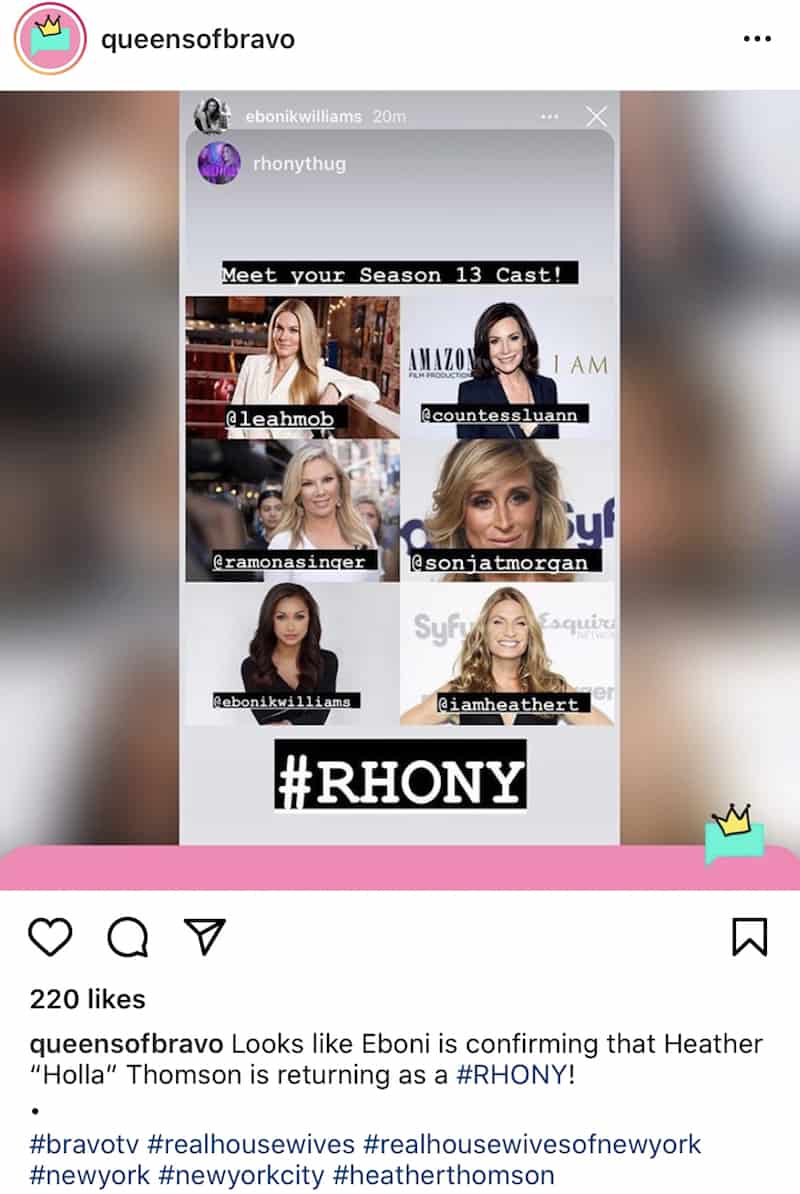 While Bravo has not yet confirmed or denied Heather’s return, a number of fans have expressed their opinions online. Some were excited to see that Heather was filming and others who were less than thrilled.

“I love Heather she is inspiring and funny but not the line please God not the Holla!!” one person wrote.

“Yes!! I am so excited. Heather will be great. Love her, mama!” said another.

“Noooo ! Why is Heather back?” wondered a third.

A fourth fan said they’d rather see Dorinda Medley, whose contract was not renewed, brought back.

Heather’s reported return comes less than a year after the Yummie founder appeared on the Out in the Wild podcast, where she said she was not interested in making a comeback.

“I have new visions, new horizons. Never say never, but watching the show, I don’t feel like there’s any reason for me to go back to that,” she said at the time. “That’s not what I wanted for my life – to fight with Bethenny every day on television. If I ever went back to the show again, which I wouldn’t, but if I ever did, I’d probably even be better because I wouldn’t take it to heart.”

The Real Housewives of New York City season 13 will air on Bravo sometime next year.