Home Real Housewives of Orange County News Vicki Gunvalson Slams Emily Simpson as “One of Worst Casting Decisions” by RHOC Producers, Shuts Down Accusations From Emily and Kelly that She Gaslit Shannon Into Hating Kelly

Vicki Gunvalson Slams Emily Simpson as “One of Worst Casting Decisions” by RHOC Producers, Shuts Down Accusations From Emily and Kelly that She Gaslit Shannon Into Hating Kelly 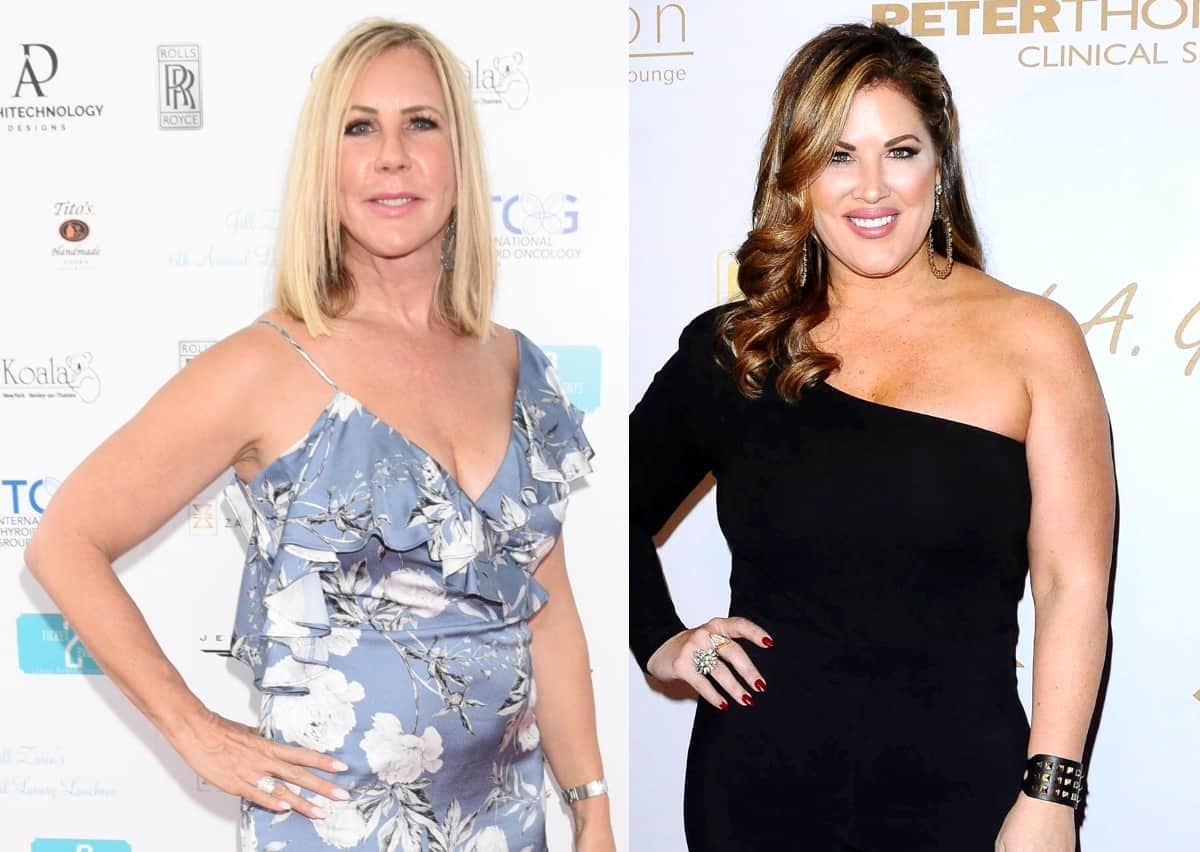 Vicki Gunvalson has a few thoughts on the current cast of The Real Housewives of Orange County and wants to clear a few things up for viewers of season 15 of the show.

In a new interview, Vicki slammed cast member Emily Simpson for implying on last week’s episode that Vicki had been gaslighting Shannon Beador last year in order to pit her against Kelly Dodd. She noted that she wasn’t “somehow filling Shannon’s head” with ideas of disliking Kelly as Shannon already “HATED Kelly back then.”

“Emily is [an] outright liar, not to mention one of the worst casting decisions Bravo has ever made by claiming we told Shannon what to think and she went along with it,” Vicki told CELEB Magazine on October 22. “If Shannon has any integrity left whatsoever she will stand up and say the truth is that I did NOT tell her what to say, what to do, or how to feel. If that was true, it doesn’t say much about Shannon as a person, does it?”

Vicki also went on the explain how Kelly’s claims that she and Tamra [Judge] were guiding Shannon toward disliking Kelly were untrue. She claimed that Shannon had already made up her mind about her co-star on her own.

“Kelly claiming that Tamra and I were in Shannon’s head so that Shannon would not like Kelly is an outright lie,” Vicki remarked. “We ALL disliked Kelly and if anyone knows Shannon, they know that she is not one to hold her tongue. She’s an obsessive person and I can assure you she obsessed over her dislike of Kelly — even when I was friends with Kelly.”

Vicki went on to express her disdain for Emily this season, noting that the RHOC star only had the platform of the show because of Vicki’s taking part in the franchise early on.

“Emily — like her compadre Kelly — really needs to grow up. She’s acting like an immature child so happy that the ‘tres amigas’ are gone,” she stated. “If it wasn’t for me, Emily wouldn’t have a platform to sob about her life and marriage on, so she really should simply keep quiet, especially on matters she has no stake in… but then again, if she’s not talking about Tamra and I, she’d have no storyline. So there’s that.”