Gizelle Bryant Suggests Monique Samuels Has Dirt on Karen Huger and Explains Why the RHOP Cast “Can’t Respect” Karen, Plus Karen Claps Back 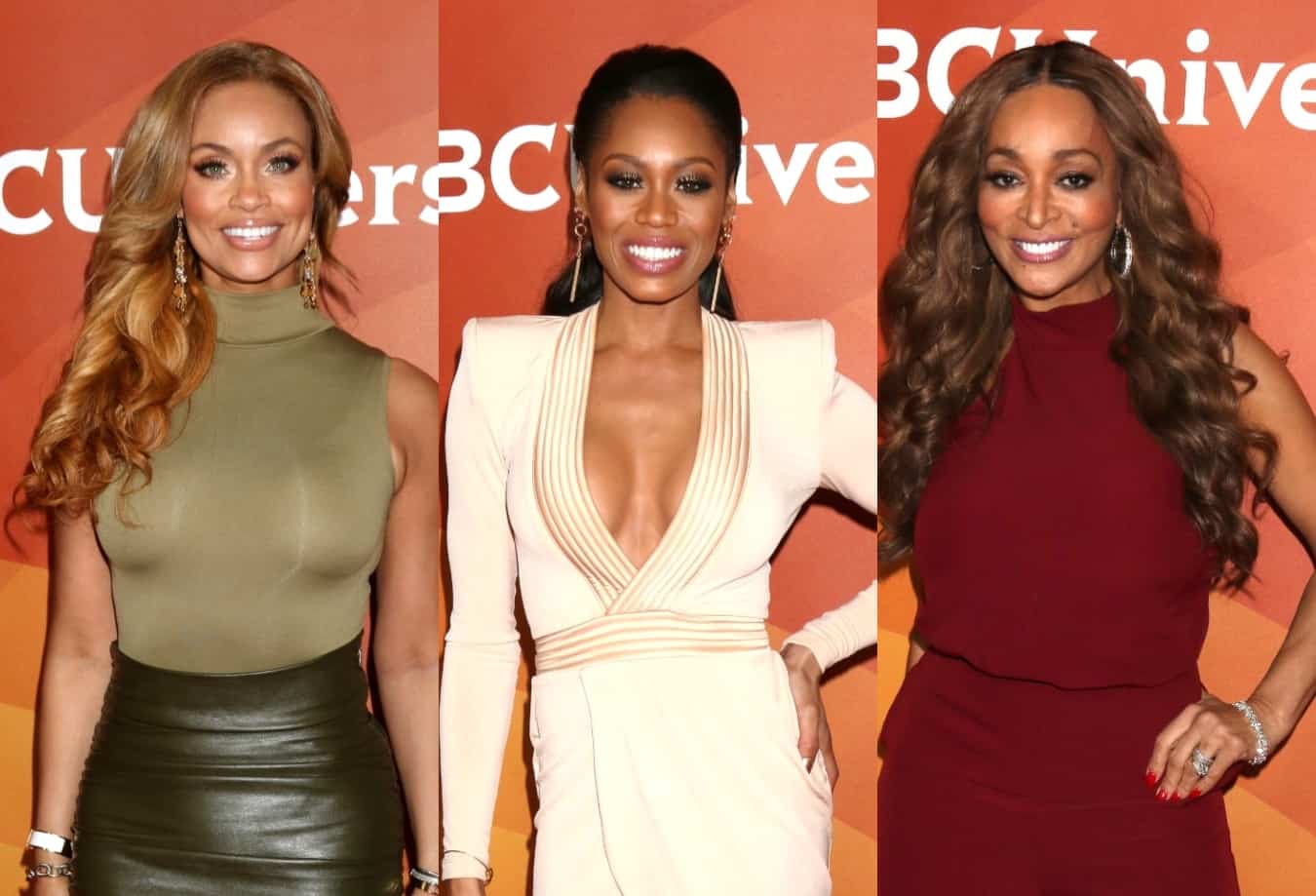 After the violent altercation went down between Monique Samuels and Candiace Dillard-Bassett, the Real Housewives of Potomac cast is pushing Karen Huger to pick a side. Still, the Grande Dame won’t budge.

Now, Gizelle Bryant, who has been somewhat at odds with Karen this season (or every season), is sharing her two cents on the matter, hinting that there may be something deeper going on.

“I think Monique has something on Karen,” Gizelle shared on the Real Housewives of Potomac After Show. “I think there’s something out there that, you know, that Karen is scared to death Monique is gonna tell about her. And, that’s why, you know, Karen doesn’t want to give her opinion.”

Gizelle went on to explain that Karen actually did give her opinion on the night of the fight, so it seemed like “she just wanted to play the fence.”

“It makes us feel like we can’t even respect you because you have an opinion on everything. EVERYTHING! But this? You don’t have an opinion?” Gizelle exclaimed.

Karen, for her segment, continued to defend her actions in the situation, noting that she is genuinely friends with both Candiace and Monique and therefore was put in a tough place for the remainder of the season.

“I’m in the middle of this, this is the most difficult place to be this season. They are my two friends and I can truly say I care deeply for both of these women,” she stated.

The reality star also went on to share her thoughts on this week’s episode, when she and Candiace had a tense conversation over the matter, as Candiace claimed Karen didn’t hold Monique accountable for her actions.

“While I didn’t agree with Candiace — that was not the time to talk about that — but she has a right to her feelings, and I had to accept that as her friend,” Karen shared. “I knew that, hey, we’ll get through this, but it’s gonna take some time.”