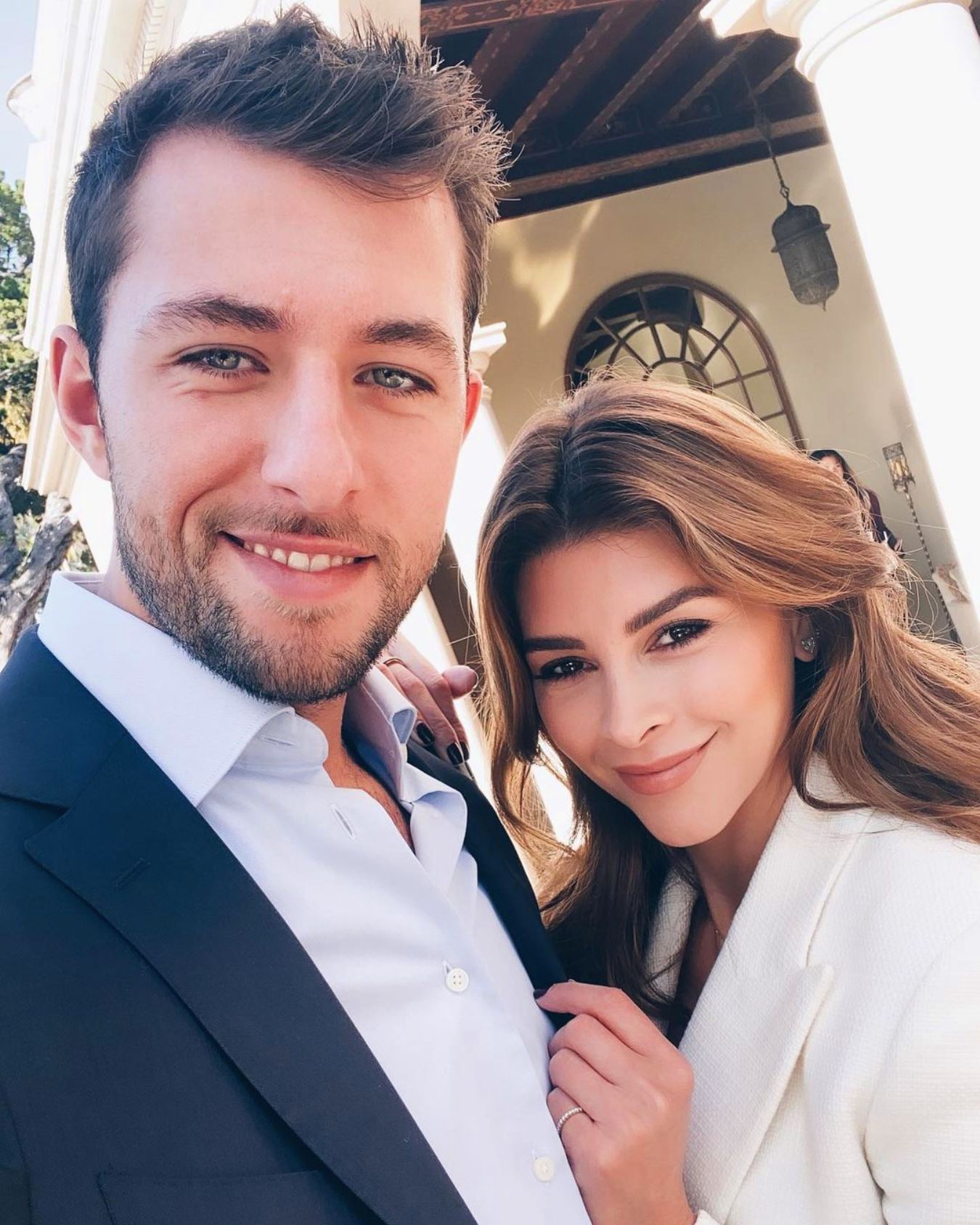 Shiva Safai is a married woman.

Just months after announcing her engagement to Niels Houweling, Shiva, who appeared alongside her former fiancé, Mohamed Hadid, on The Real Housewives of Beverly Hills on occasion, confirmed her marriage to Niels with a series of photos shared on her Instagram page.

“Hubby is waiting in the other room,” Shiva wrote in the caption of her first photo, which was posted on Sunday, November 1, and it featured the former reality star standing in a bathroom in her wedding dress and a pair of high heels.

Hours later, both Shiva, 39, and Niels presented themselves to their fans and followers as “Mr. & Mrs. Houweling” with another photo that saw the two of them gazing into each other’s eyes while standing beneath an arch of white roses.

In the comments section of Niels’ photo, Shiva wrote, “My handsome husband, I love you.”

Shiva, who once appeared on Second Wives Club, and Niels announced their engagement on Instagram in August after spending several months apart due to the coronavirus pandemic.

“Beginning of forever,” Shiva wrote in the August 3 announcement. “As most of you already knew, Niels and I were separated due to COVID-19. He went back home to Holland, and during that time we both realized that we never wanted to be apart from each other ever again! So, he went to [Gassan Diamonds] and picked out the ring of my dreams! (I’ve had this on my mood board forever!) Thank you for creating this video so we can relive it over and over again. I love you [Niels].”

Prior to her relationship with Niels, which Shiva first confirmed in November 2019, Shiva was planning to marry Mohamed, the ex-husband of former RHOBH cast member Yolanda Hadid. However, after reportedly feuding over their plans for future children, which Shiva wanted and Mohamed did not, they agreed to part ways.

Mohamed was also accused of cheating on Shiva with a number of women, including model Justyna Monde, who claimed she had a three-year affair with the real estate mogul.