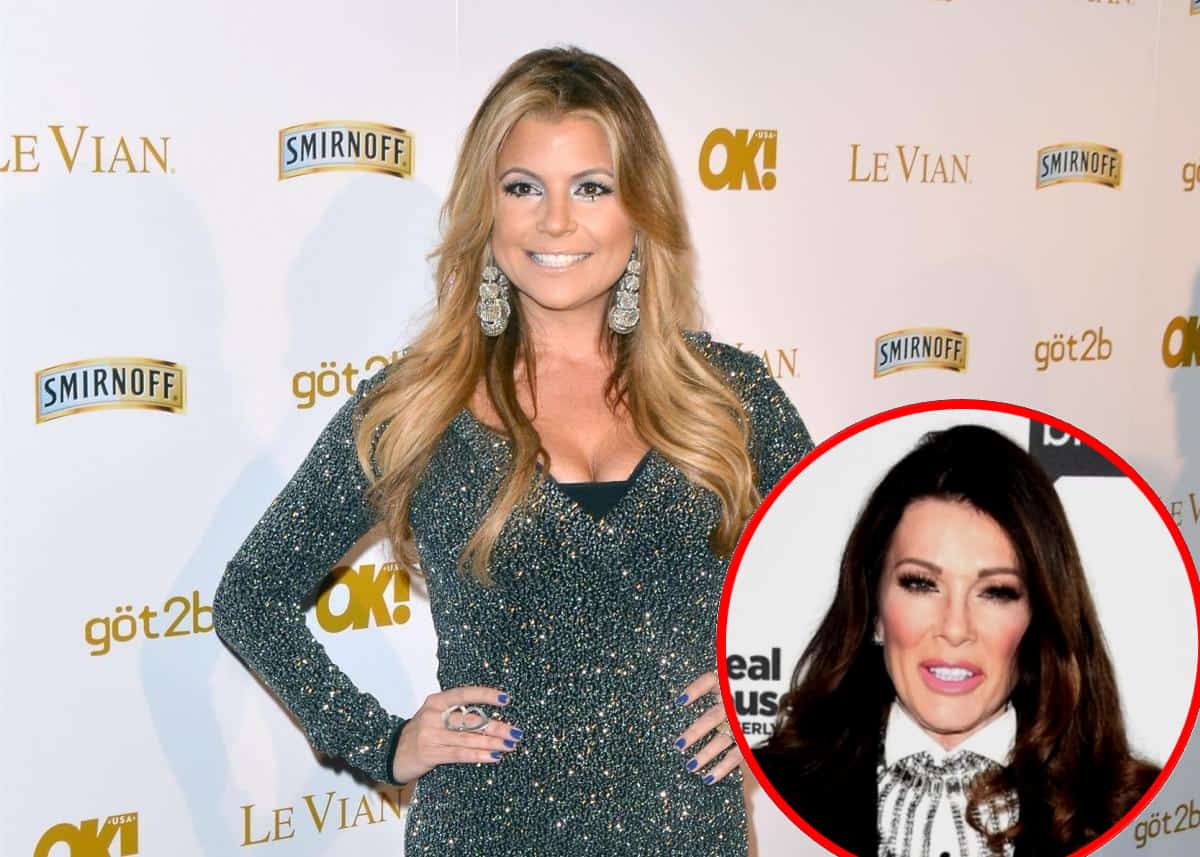 Dana Wilkey is at it again and dishing even more behind-the-scenes dirt about The Real Housewives of Beverly Hills. She’s also throwing shade while she’s at it.

Dana appeared on season two of RHOBH in a friend role and delivered one of the most cringeworthy moments in housewives history as she revealed to anyone who would listen that her sunglasses cost her “$25,000.” Who could forget that? Dana has continued to be a thorn in the side of her former co-stars, along with other Bravolebrities, and she has been spilling tea on her Instagram page for a while now. This time, she’s taking aim at a former star and fan favorite, Lisa Vanderpump, along with spilling tea about the show’s casting process.

In one of Dana’s most recent posts, she claims that Lisa called her “chubby” on multiple occasions and throws shade right back at the OG.

Dana went on to explain that producers thought she was being too polite and needed to do a better job of defending herself. She claims the producers did their best to get her worked up at the reunion and persuaded her to fight back against the quick-witted restaurant owner.

“What ends up happening is I go to the reunion, and the producers are like ‘Dana, you’re so nice, [and] you need to bring it. You need to not be so nice.’ And so they are like revving me up and sh*t. Anyway, they show this video of Lisa’s a** getting stuck while she’s jumping over balconies with Adrienne [Maloof] and her butt’s so big it can’t get through the crack to jump it. So, I shout across the stage, ‘I may be chubby, but at least my a** didn’t get stuck in a patio.’”

In yet another video she posted via Instagram, Dana praises newcomer Sutton Stracke, who is currently cast in a friend role, and explains that she believes Sutton should be a full-time cast member because “she brings some really cool sh*t to the party.” There have been many reports that Sutton was originally a diamond holder but was then downgraded to a friend. However, the sunglasses connoisseur then opted to debunk those reports and explained how she thinks the RHOBH casting process works. She claims that almost all newbies actually start as friends and the producers decide later who will be upgraded and who will simply remain a friend of the cast.

“However, she was not downgraded as a Housewife to a friend. Okay, that doesn’t happen,” said Dana. She went on to spill more tea by stating, “Your contract when you start is that you’re a friend, and if you perform, you become a Housewife. So what that means is when producers casted her, asked her a bunch of questions, and she seemed to have some dirt on or insider intel on one of the cast members on the show. And they thought she was going to bring that drama for the season, and then she didn’t. Then on top of that, the [ex] husband wouldn’t shoot, the kids wouldn’t shoot because of – whatever – the divorce.”

She went on to basically accuse production of taking advantage of Sutton and what she brings to the show. Dana claims that they simply don’t want to dish out the full-time paycheck if they don’t have to.

“At the end of the day, they left her a friend, and they never upgraded her. What do they care, right? They are going to be paying her less, and she’s still performing,” Dana shared.

This is far from the first time that the former RHOBH friend has proudly offered her knowledge or opinions to her 2,000 followers. In fact, just last month, Dana took to her Instagram Stories and wrote, “I heard someone is splitting from her husband in [RHOBH].” She did not reveal who she believed was headed for divorce at the time, but it’s now been confirmed that it was Erika Jayne and Tom Girardi, who are divorcing after 21 years of marriage. Therefore, it seems that Dana is fairly credible. Let’s just hope she continues to spill the tea because we’re all here for it!