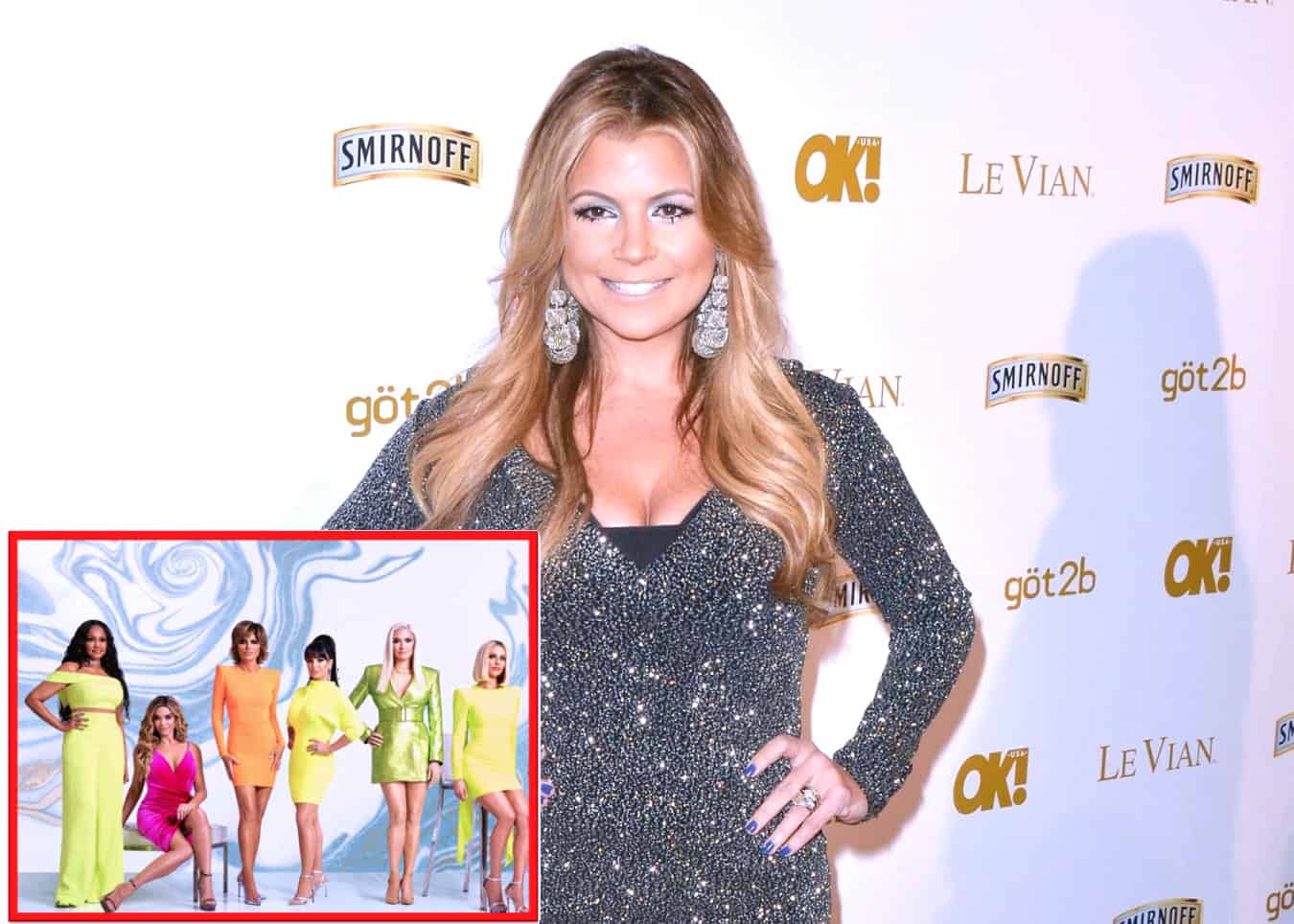 Dana Wilkey believes one of the Real Housewives of Beverly Hills stars is preparing to split from her husband.

With filming on season 11 underway in Los Angeles, Dana took to her Instagram Stories, where the former cast member of the Bravo reality series said she had learned that one of the women was headed for divorce.

Along with a question that asked her fans and followers who they thought it was out of Erika Jayne, Kyle Richards, or Lisa Rinna, Dana said she “heard someone is splitting from her husband in [RHOBH].” 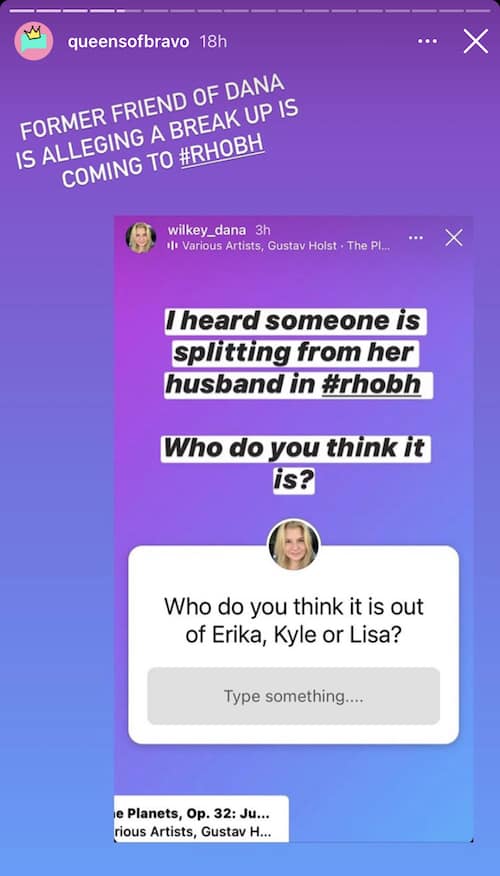 As RHOBH fans may have heard, rumors began swirling in regard to a potential divorce within one of the West Coast Real Housewives franchises last month. However, after Kyle and her husband, Mauricio Umansky, were tied to the report, she denied the rumor on social media.

“Despite what she might say, this west coast Housewife’s marriage is on the edge because of her husband’s affair,” Crazy Days and Nights claimed earlier this month.

In addition to suspecting the report was about Kyle, fans have wondered if Lisa or Erika could be splitting from their respective husbands, Harry Hamlin and Thomas Girardi, due in part to Harry’s rumored affair with a woman named Patricia and Thomas’ ongoing legal issues.

In other RHOBH news, both Dorit and Erika were seen filming scenes for the upcoming season over the weekend.

On Sunday, October 18, after Erika’s hairstylist confirmed he was headed to her Pasadena home to prepare her for production on season 11, Erika shared a photo of her look on Instagram as Dorit did the same on her own page.

In addition to the returning members of the show, who include Kyle, Dorit, Erika, Lisa, and Garcelle Beauvais, season 11 will also allegedly include Kathy Hilton and Tori Spelling in “friend” roles.