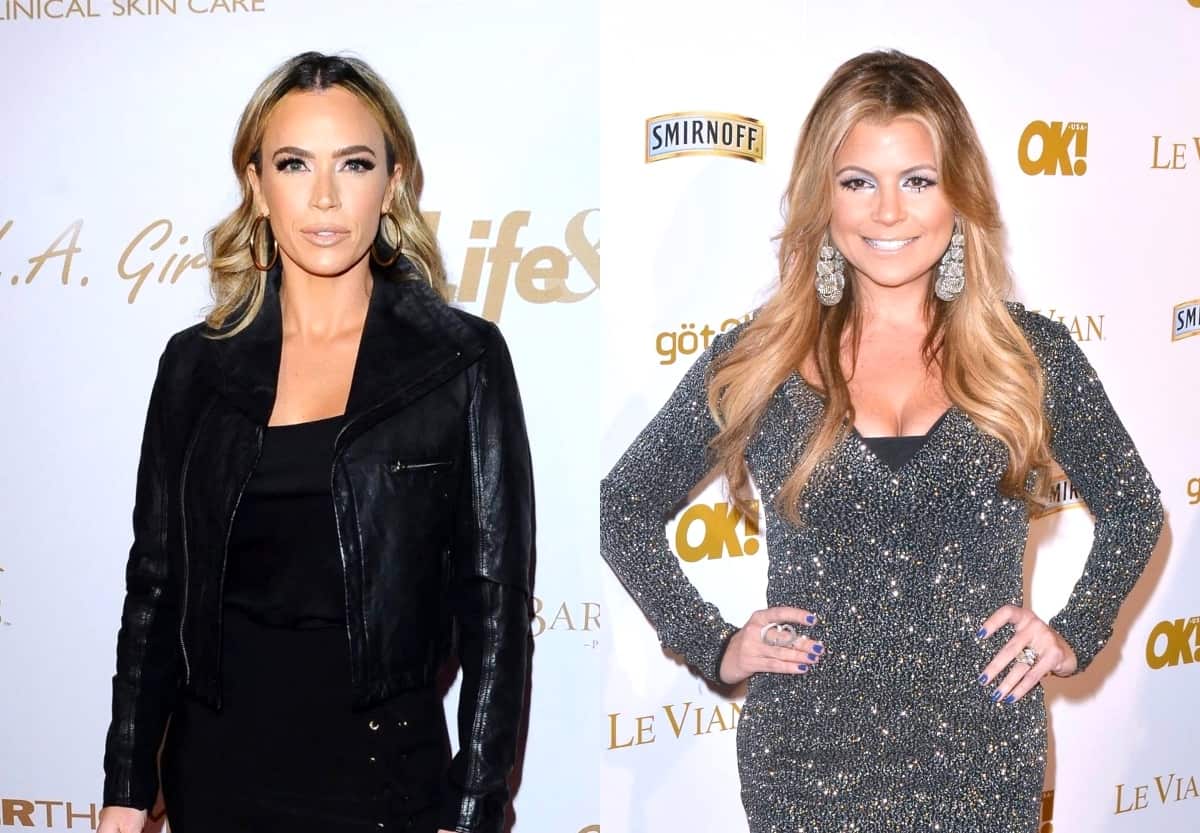 Teddi Mellencamp is explaining why she and her co-stars cut Denise Richards off so many times during the September 2 episode of The Real Housewives of Beverly Hills season 10 reunion as she also responded to a diss by former RHOBH cast member Dana Wilkey.

Following the first installment of the three-part special, Teddi took to her Twitter page, where she answered a number of questions from her fans and followers, many of whom wanted to know about the alleged targeting of Denise.

Teddi weighed in on a shady comment that Dana sent her way. After telling her online audience that she hoped to see Teddi mention the way in which Dorit Kemsley hijacked her baby shower from Kyle Richards, Dana accused Teddi of being desperate to remain on the show.

“I think she is holding on to her position like it’s her last breath and if she doesn’t say what every one won’t on [RHOBH] she’s f**king fired and so she will keep being the monotone deliverer of peoples sh*t for years to come,” Dana stated.

In response, Teddi clapped back by referencing a season two moment in which Dana bragged about a pair of pricey sunglasses. 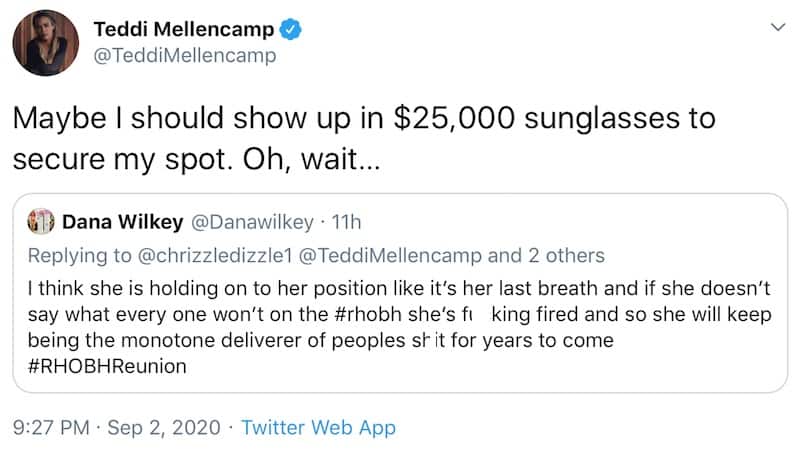 As fans know, Dana starred in a “friend” role during season two but was not asked to return for season three.

“Why did you guys keep speaking over Denise and never let her finish the points she was trying to make?” one fan asked.

“The only thing I was trying to do was get her to be honest about things affecting me (not bring her kids around us, saying nasty things to Brandi),” Teddi explained. 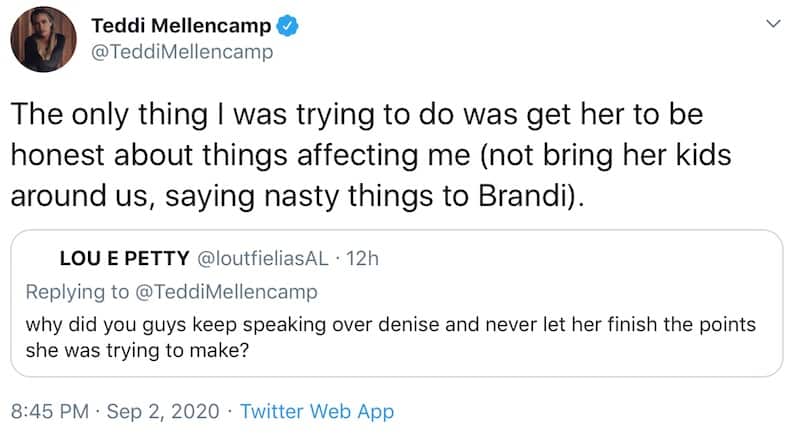 Weeks ago on the show, Brandi Glanville claimed Denise had not only slept with her behind the back of her husband, Aaron Phypers, but also made a number of disparaging remarks against the women of the show, including Teddi and Erika Jayne. A short time later, Teddi confronted Denise about the issues during their trip to Rome.

Looking back on the encounter, Teddi told a fan she did so because she was trying to be authentic.

“Do you feel bad about calling Denise out in Rome? It’s not like that couldn’t have waited until the vacation was over,” the fan noted.

“I wasn’t going to spend an entire trip with someone who in the back on my mind disliked me and said these things about me without asking about it,” Teddi replied. “THAT would be fake.” 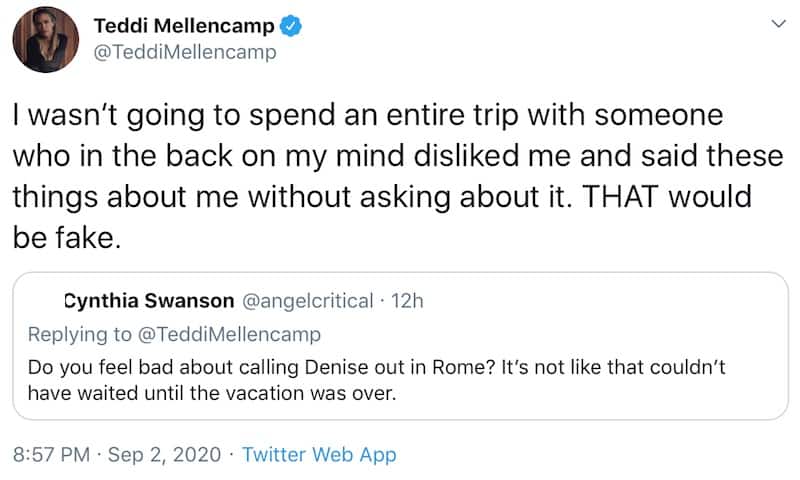 “Are you and Sutton getting along?” asked a third fan.

“Yes!” Teddi confirmed. “We have gotten past her disdain for my maternity clothing.”

The Real Housewives of Beverly Hills reunion continues next week with part two on September 9 at 9 p.m. on Bravo.