RHOBH’s Erika Jayne Asks For Spousal Support From Ex Thomas Girardi in Divorce, Moves Out of $7 Million Marital Home and Into $7,000 Per Month Condo 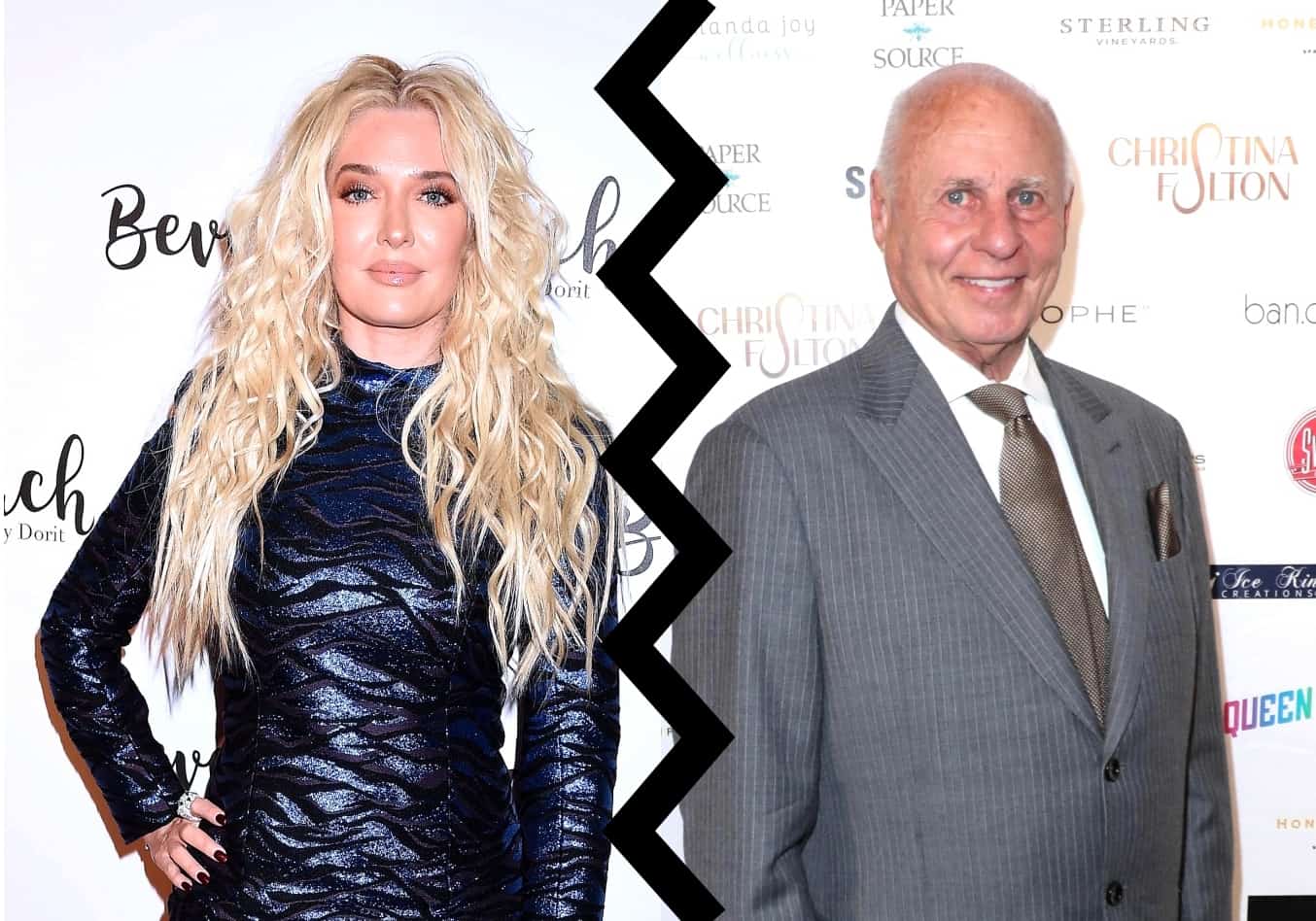 Erika Jayne requested spousal support when she filed for divorce from her husband, Thomas Girardi, last Tuesday after 20 years of marriage.

In a couple of new reports, the Real Housewives of Beverly Hills cast member’s divorce documents are being uncovered as a source claims Thomas is “fully supportive” of Erika’s decision to move out of their $7 million home in Pasadena and into a million-dollar condo in Hollywood.

According to a November 8 report from The Sun, Erika did not name a separation date or reason for her split from Thomas in her November 3 divorce filing, simply citing “irreconcilable differences,” but she but did confirm a wedding date of January 7, 2000.

It was previously noted that the couple had wed in January 1999.

Also in the filing, Erika requested Tom pay her spousal support and her attorney’s fees as she confirmed she is in the dark about her estranged husband’s assets and debts.

“The true nature and extent of the parties’ separate property and debts is unknown to Petitioner at this time,” her documents explained.

Following the couple’s split earlier this month, Erika moved into a one-bedroom, two-bathroom condo in Hollywood, which rents for $7,000 a month. However, the RHOBH cast member hasn’t completely vacated the home she has shared with Thomas for the past several years.

“Erika has had another rental property in LA for some time, but it’s more of a club house, so she’s been spending her time between the two properties,” an insider told The Sun on November 8. “Things are a bit up-in-the-air at the moment, and they have a lot to discuss as they don’t have a prenup, but she will be looking for a new home.”

“Tom is fully supportive of her move and independence. They haven’t been sexual in a long time, and the split had been on the cards for months,” the source continued. “Tom is giving her what she wants financially and asking that she stay in his life, he doesn’t want to be at war with her. They want this split to be amicable after so many years together and plan to remain close friends.”

According to The Sun, property documents list only Thomas as the owner of the Pasadena home.

In the week since Erika and Thomas’ breakup was confirmed, the couple has been targeted with allegations of cheating on both sides. As some may have seen, Erika was accused of sleeping with someone else “for years” and Thomas was said to have had a girlfriend although there is not concrete evidence showing either accusation is true.

It was also noted that in the years leading up to their split, Erika and Thomas had an “unconventional marriage.”

“[They spent] a lot of time apart. Several months,” a source explained to Us Weekly. “They would travel separately. Tom gave Erika a very lavish lifestyle, and she enjoyed it.”