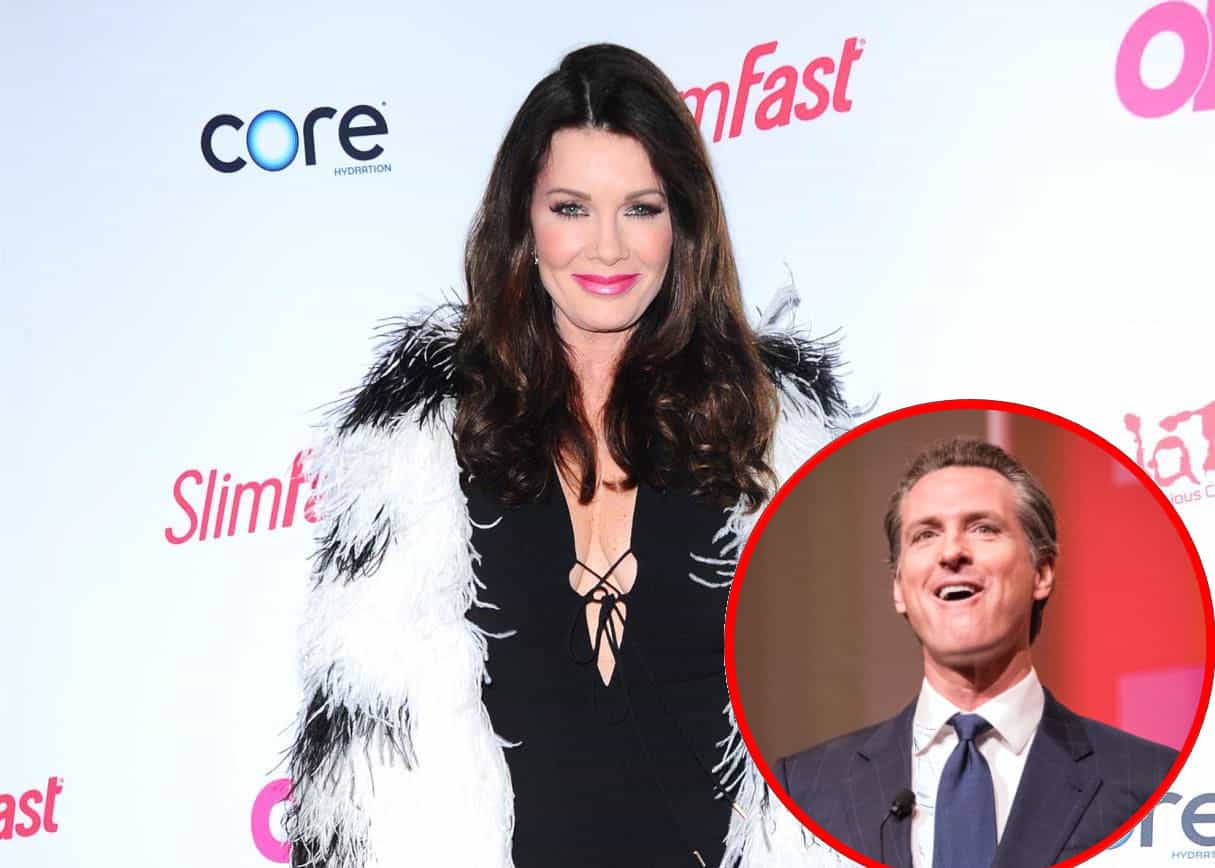 Lisa Vanderpump wasn’t happy to see that Gavin Newsom, the governor of California, was caught dining with his wife and several other unmasked patrons at the French Laundry restaurant in Napa Valley last week and has taken to Twitter to air her grievances.

Although the governor has since apologized for the outing, saying he is “human” and “[falls] short sometimes,” the former Real Housewives of Beverly Hills cast member found his behavior to be hypocritical and wants to see him “held accountable” for his actions.

“Don’t do as I do, do as I say,” Lisa tweeted of the governor on November 23, along with the hashtags for “lockdown” and “restaurants.”

Although some agreed with Lisa that the governor’s behavior was hypocritical, others were disappointed to see Lisa seemingly speaking out against the California leader amid the deadly coronavirus pandemic.

“Wow super disappointing to see you use your platform in this way,” one person said, noting that “people are dying.”

“Did you not see him at French Laundry? Hypocrisy at its finest,” Lisa replied. 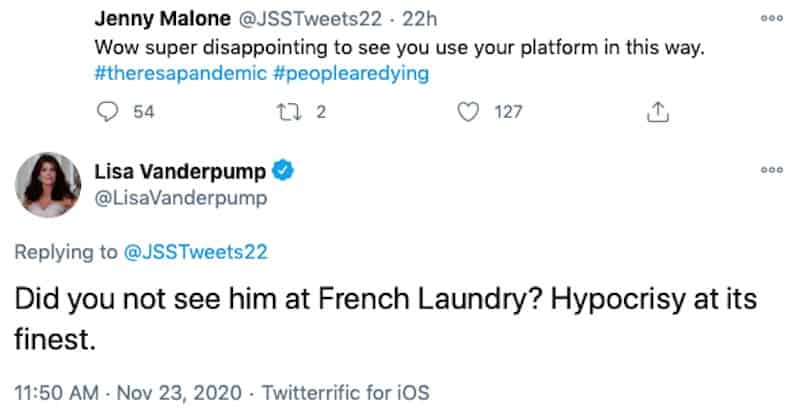 “If [Gavin Newsom] jumped off a bridge, would you?? Follow the damn rules [Lisa Vanderpump], so you actually have living customers when we get through this,” another fan said, slamming the Vanderpump Rules star’s post as “tone deaf.”

“Have followed damn rules as you say…he didn’t,” Lisa explained.

A third fan reprimanded Lisa for getting “messy” and described the lockdown in California as “necessary.”

“All she’s doing is calling out the hypocrisy of the Governor. He needs to be held accountable,” another person wrote in defense of the longtime reality star. “She gave no opinion on whether or not she felt the lockdowns were necessary.”

Lisa also noted, via a re-tweet, that while she and her businesses, including her restaurants, SUR Restaurant, PUMP Lounge, and TomTom, are losing money, the governor’s income is intact.

“He still gets paid during a lockdown,” her re-tweet read.

In March, amid the spread of COVID-19, Lisa announced that all of her restaurants in Los Angeles were temporarily closing their doors. Unfortunately, months later, she confirmed her Beverly Hills hotspot, Villa Blanca, was closing for good and explained that if her landlord had been willing to lower the rent, she would have been able to keep the venue open.

Lisa’s tweets came just days after the governor imposed a new stay-at-home order and a short time after Los Angeles County announced that restaurant dining was being suspended.