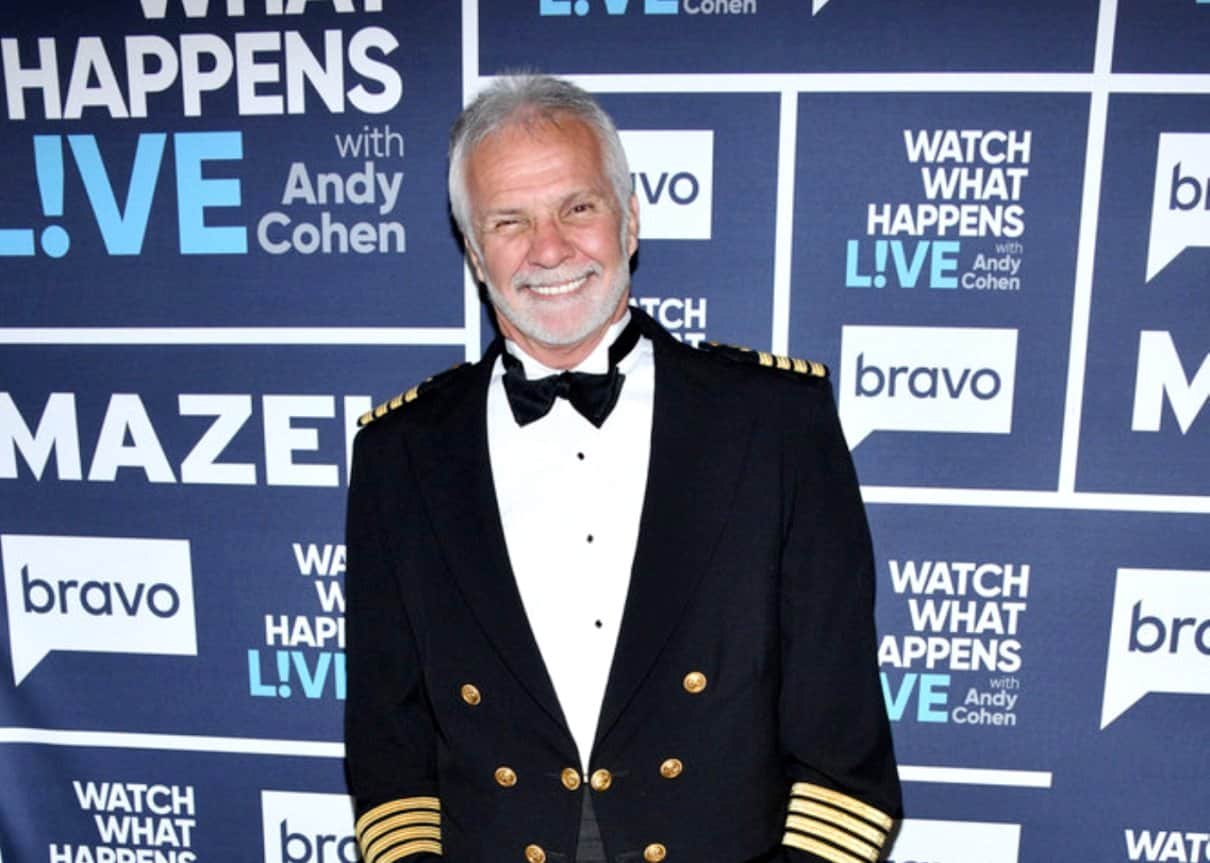 Captain Lee Rosbach seemingly broke one of the biggest rules in yachting on a recent episode and he’s explaining why.

Season eight of Below Deck is currently airing and many surprising things have occurred. One of the biggest surprises is the fact that Captain Lee agreed to partake in a drinking game with the charter guests. As fans of Below Deck know well, crew members drinking while on charter is strictly forbidden and certain crew members have been reprimanded for breaking this rule in the past.

On a recent episode, Lee joined the charter guests for dinner at their request, but then the guests took it a step further and convinced him to participate in a wine drinking challenge. Some fans immediately took to social media to question Lee’s decision to take part in the challenge, but he shut down the inquiries quickly.

“I turn over the con to the first officer who is fully qualified,” he explained to a fan via Twitter. “I would never shirk my duties and he assumes command for which he is fully qualified. Otherwise, I would not indulge, or jeopardize anything nor anyone.”

He went on to explain that he was basically being a good sport for the guests and says it all went down quickly (no pun intended).

“Fortunately, it wasn’t a lot and brief,” he shared. “But a good time was had and that’s what [we’re] here for, the guests.”

Fortunately, it wasn't a lot and brief. But a good time was had and that's what were here for, the guests. https://t.co/C5vUQTbD2h

The Running Against the Tide author surprised some fans by showing a more laid-back, fun version of himself. He even agreed to change into a T-shirt the guests provided for him.

“Lee it was great watching you cut loose for a little bit on an episode,” one fan wrote on Instagram. “It was funny as hell last night. Of all the TV I watched yesterday this show is by far the best. I hope your ratings continue to skyrocket.”

The captain admits in his blog that even he was surprised by how the dinner went down, but once again, he explains it was all for the guests.

“I didn’t really expect how the dinner closed out, but the guest enjoyed it and obviously the crew enjoyed the show as well,” he shared. “I did my best with the deck Eddie [Lucas], hope it wasn’t too bad.”

Speaking of the deck, there was a great deal of wine spilled on the floor. A Below Deck alum, Bruno Duarte, recently spoke out and revealed that he believes Lee cares more about the show than doing his job as captain or taking great care of the boat. Some fans also did point out the potential damage the wine could cause to the boat. Nevertheless, just like the professional that he is, Lee made sure his deck crew was ready to clean up the mess properly by using a special substance titled K2R.

It appears that fun was had by all! In fact, even Hannah Ferrier, former Below Deck Med star, joined in on the fun via Twitter and called the captain a “legend.”