‘RHOBH’ Lisa Rinna Responds to Report of ‘Family Tension’ After Insider Claims She’s Furious and “Disgusted” by Age Gap Between Scott Disick and Amelia Hamlin, Is There a Mother-Daughter Feud? 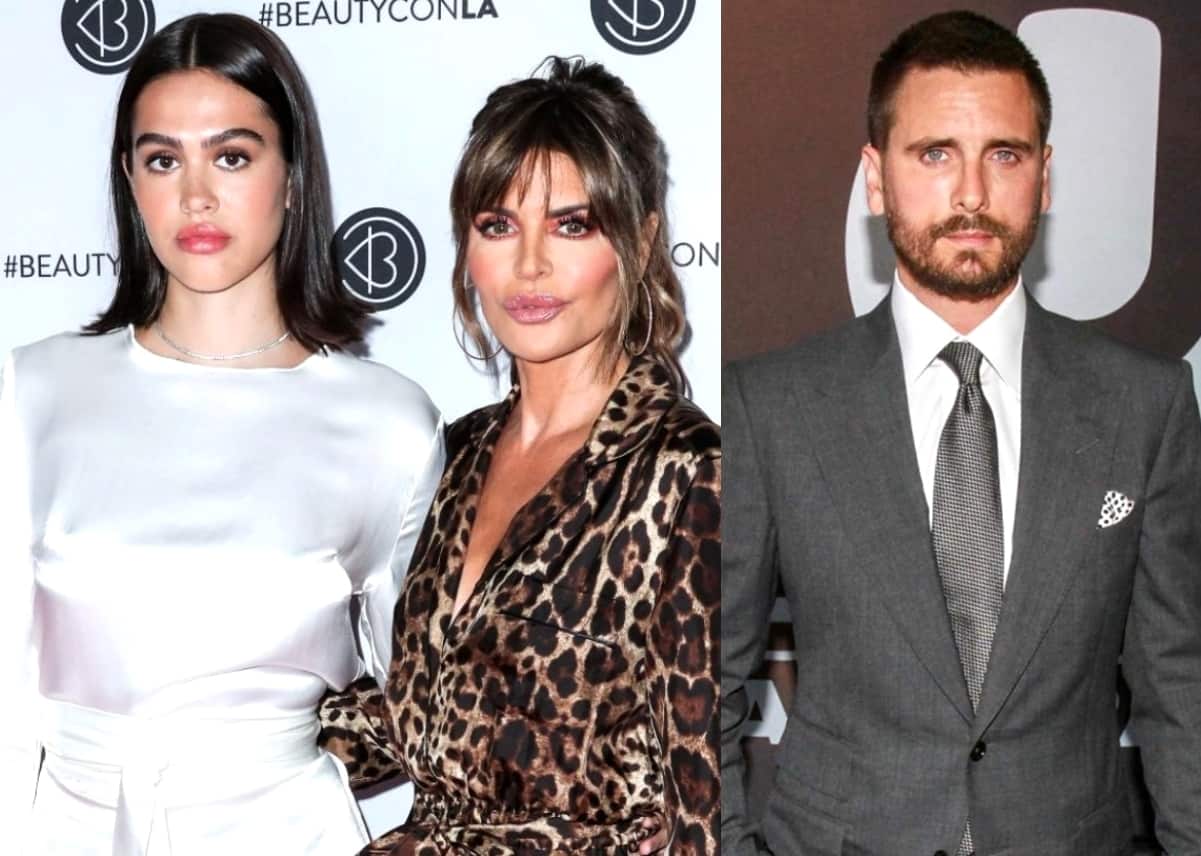 Lisa Rinna is responding to a report claiming she and husband Harry Hamlin are furious about their 19-year-old daughter Amelia Hamlin‘s new romance with 37-year-old Scott Disick.

Following weeks of outings between the couple, a report suggested that the Real Housewives of Beverly Hills cast member was feuding with her daughter and that she and Harry were furious and “disgusted” by the fact that the Keeping Up With the Kardashians star is nearly twice as old as Amelia.

“Lisa is worried Scott is playing Amelia,” an insider told Star magazine in their latest issue. “And Harry is well aware of Scott’s reputation for being a wild guy who loves younger women. Neither of them want to see their daughter have her heart stomped on.”

As fans will recall, Scott pursued a romance with Sofia Richie in 2017 when she was just a teen, much to the dismay of her famous father, Lionel Richie. Then, in the years that followed, he reportedly proved to the famed musician that he was no womanizer.

“Lionel was hostile, but Scott feels he showed him he wasn’t a ‘love ’em and leave ’em’ kind of guy — he and Sofia actually built something together” before their August split, a second source explained.

While Scott is currently on good terms with his ex-girlfriend Kourtney Kardashian, the mother of his three kids, Mason, 10, Penelope, 8, and Reign, 5, his past stints in rehab, the latest of which ended in May after an early check-out, have allegedly spooked Lisa and Harry.

“[They] are very focused on how she’s feeling and her well-being,” the second source continued, noting that the RHOBH couple is especially worried about how Scott’s past issues could negatively impact Amelia, who struggled with an eating disorder years ago.

“He and Lisa both fear Amelia will get caught up in Scott’s party lifestyle, leading to some potentially big problems down the road,” the insider shared.

As for how Scott reportedly feels about Lisa and Harry’s alleged push-back, the first source said that while he “understands” why Lisa and Harry aren’t on board with his romance with Amelia, he isn’t going to let that stop him from chasing after her.

The report also suggested that Amelia and Scott’s relationship is awkward for Lisa due to her closeness to Kris Jenner.

“Lisa adores Kris and she certainly doesn’t want to rock the boat by putting her foot down about Scott, but at the same time, she’s heard her share of horror stories from Kris herself about Scott’s irresponsible behavior,” the second source added.

In response to the Star report, however, Lisa’s rep denied claims of family tension and made it clear that she and Harry fully support Amelia.

The Real Housewives of Beverly Hills will return to Bravo for season 11 sometime next year.