Home Below Deck Captain Lee Rosbach Calls Out “Runaway Chef” Rachel Hargrove and Says Below Deck Episode Was a “Sh*t Storm,” But Will Rachel Be Returning?

Captain Lee Rosbach Calls Out “Runaway Chef” Rachel Hargrove and Says Below Deck Episode Was a “Sh*t Storm,” But Will Rachel Be Returning? 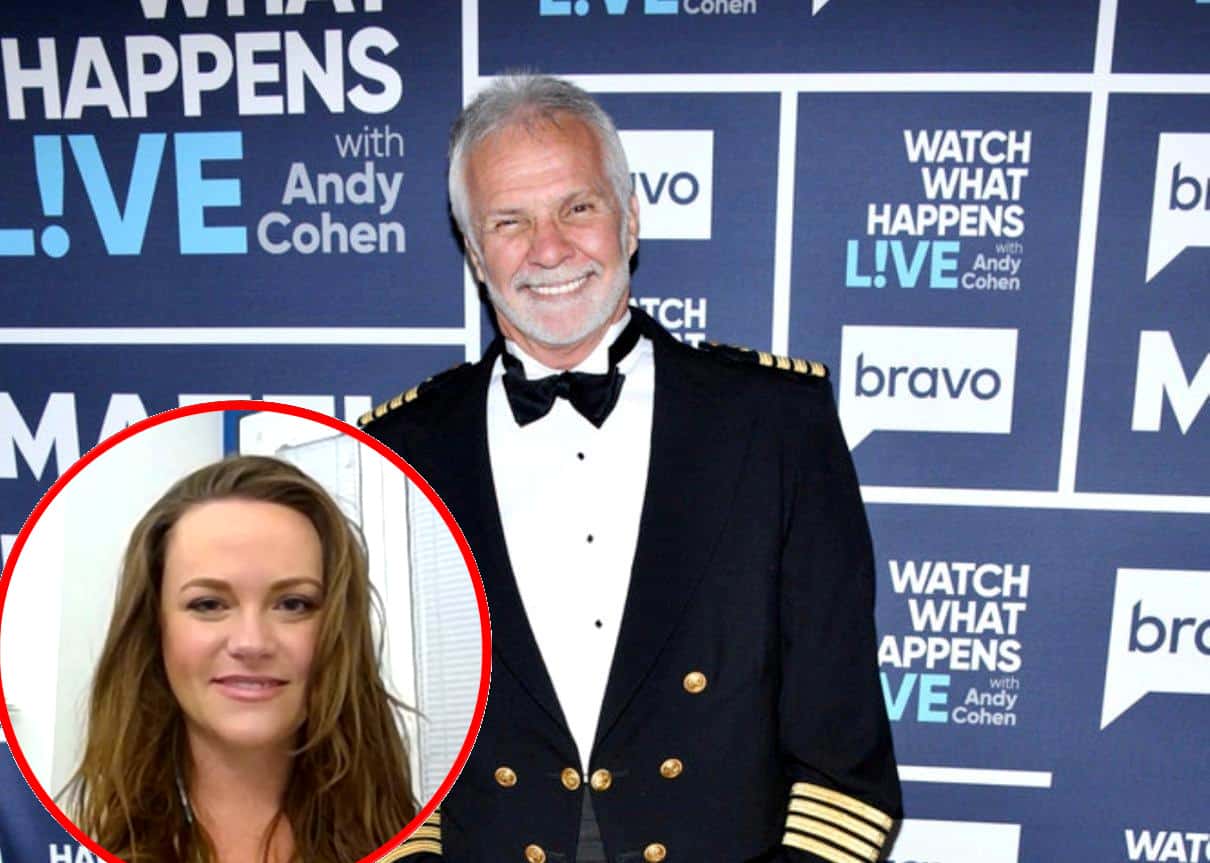 Captain Lee Rosbach is discussing the “sh*t storm” episode of Below Deck when chef Rachel Hargrove decided to quit hours before charter guests were set to arrive, but is it possible that Rachel will make a return?

The December 14 episode of Below Deck was anything but typical. It began with Lee finally firing Shane Coopersmith after the countless mistakes he made on board, and it ended with the chef walking off the boat while voicing her very strong opinions with some very vulgar strong words.

Rachel’s meltdown ensued after the captain read the preference sheet for the upcoming charter. To be fair, the guests’ preferences and requests, especially concerning the type of meals they were expecting, were extremely excessive and downright impossible, which Lee even admitted himself. However, Rachel lashed out in a full-on tirade and even told Lee to “go f*ck himself.” It was apparent she was mostly directing that comment to the charter guests, but still…

Leading up to the outburst, things were slowly piling up on the shoulders of the decorated chef. She was missing her boyfriend in Europe, who couldn’t visit because everything was beginning to shut down due to the coronavirus, and she was being treated like the yacht psychologist as many of the other crew members were coming to her to vent and requesting advice. After watching the show back, it’s clear that Lee understood what led up to her meltdown, but he’s still not making excuses for her.

“After watching the buildup of things you were going [through], I can see where you may [have] been having a tough stretch, but still, I expected better from you and was sorely disappointed in your behavior,” Lee shared on his latest blog, which he titled Runaway Chef. “Not much else to say about that, I wish you all the luck and whatever is bothering you, I hope you find the key to it somewhere.”

When Rachel left the boat, she admitted she was placing Lee in a “rock in a hard place” type of position — because it would be almost impossible for him to find a replacement chef on such short notice — and her departure could lead to the charter being canceled entirely.

“I hope we can recover from [this] no thanks to you,” the captain quipped. “You knew I might have to cancel the charter, and the boss will have to refund the charter money, and the crew won’t receive any tip, so yeah, it’s going to be tough.

Captain Lee continued to call Rachel out for her selfish behavior, which he compared to a proverbial trainwreck.

“Rachel snuck into the galley and loosened up the proverbial lug nuts, [cause] the wheels definitely came off tonight,” the captain declared. “You really went off the rails. I for sure didn’t even see this coming at all. I know what you meant when you told me to go have sex with myself, and I know it wasn’t directed squarely at me, but I still can’t say I wasn’t surprised. Blew me away and sure put me, and the crew, in a tight spot to say the very least.”

Meanwhile, some fans were also appalled by the chef’s behavior, and Rachel apparently didn’t take too kindly to comments she was receiving from viewers on social media as the episode aired. She actually posted some of the comments and her responses on her Instagram page.

“Why did you think it was appropriate to be so foul? You could’ve just quit but you sound disgusting. I’m guessing your boyfriend was horrified and dumped you,” one viewer wrote.

Rachel, who is obviously known now for lashing out, didn’t waste any time and immediately blasted the viewer.

“Please understand if you type and send this [to] me…. I am also [two] clicks away from booking a flight on orbits and an uber… so please help me save my money with not having to pay for bail as I come to kick a Karens/ keyboard warriors ass,” she threatened.

“Whoa!! You went insane and made an a** of yourself. I really adored you on the show. And clearly you are a kick a** chef. But wow you flipped your lid a little quickly. Also you sounded like white trash the way you spoke. You just went full on gross,” another viewer commented.

In a less than professional move, the chef basically asked her followers to find and harass the viewer.

The episode ended in cliffhanger fashion and it’s unclear whether the next charter will actually leave the dock. However, there may be a few hints that Chef Rachel will ultimately return to the boat. In a recent interview, Bosun Eddie Lucas shared that he and Rachel had a major falling out and their relationship “went south.” Yet, fans have not witnessed this falling out on the show, so it’s highly possible she’ll make a dramatic comeback.

Another hint comes from Eddie’s appearance on Watch What Happens Live where he played a game and was asked who “he would share a bed with.” He was asked by Andy Cohen to choose between Chef Rachel or Rocky Dakota from season three, who he hooked up with before their relationship took a sour turn.

Below Deck airs every Monday on Bravo at 9/8 c.