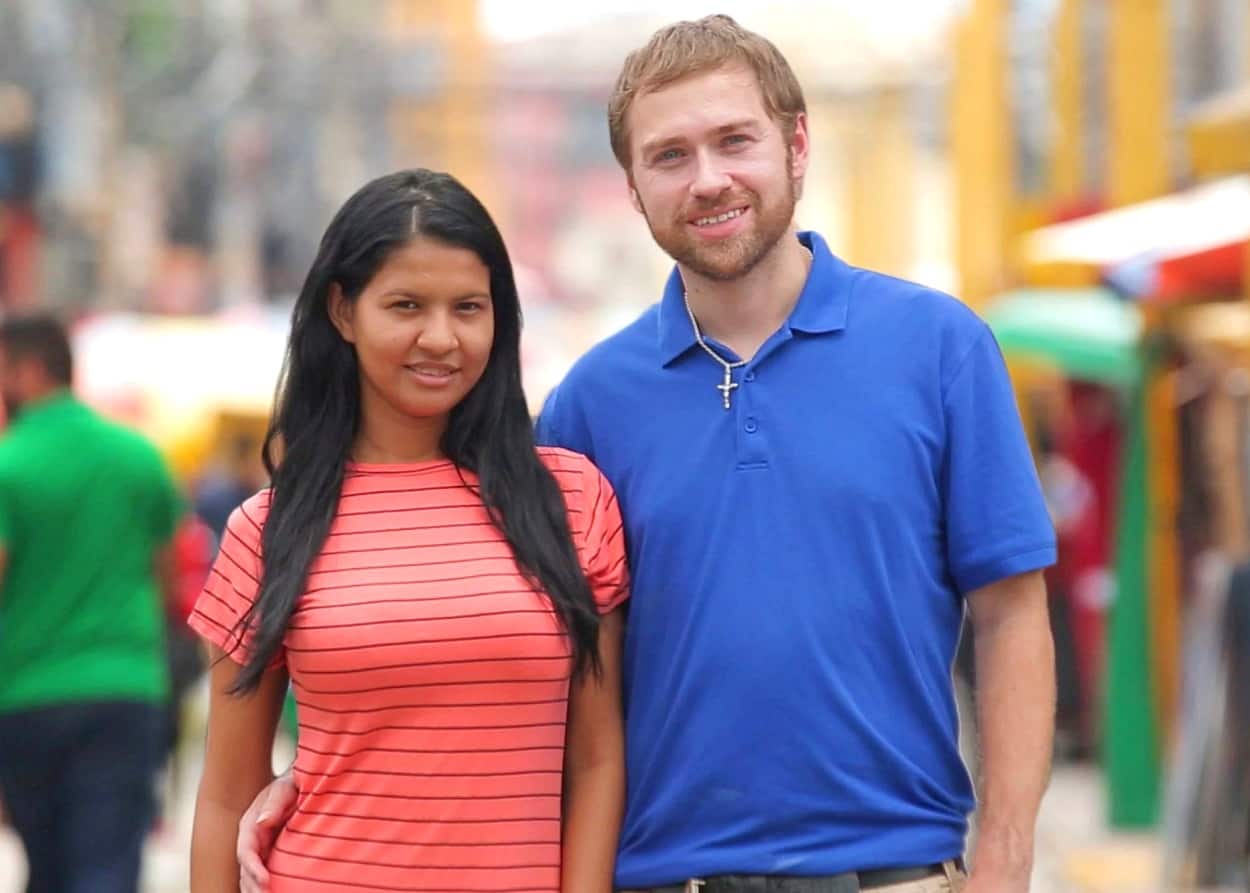 After some rollercoaster relationship turmoil, a confirmed divorce last year, and restraining order messiness in August, Paul is now answering a few questions about his current status with Karine, touching down on some juicy details in the process.

On the December 18 episode of the Domenick Nati Show, Paul talked with the eponymous host about some aspects of his relationship with Karine, including a few…not-so-pleasant reveals.

“There was an individual that I prevented at one point [from seeing her],” Paul first shared, noting how he began to run background checks on some of Karine’s potential suitors, considering their proximity to their son, Pierre.

“I put my foot down and literally I got some people of law enforcement involved at that point. I ran a background check and it came up with ped*phile charges,” Paul revealed about the man who initially courted Karine. “I explained [it] to her and she said, ‘No, it’s all lies.’ [I was like] I don’t want to take a risk with that with my son, I don’t wanna do that. Now, she never met the individual. I put my foot down with that one and I pushed things through so that never happened and she [doesn’t] talk to him anymore.”

Paul went on to claim that Karine was talking with other questionable men, including one who “had so many DUIs he had his license revoked.”

“There’s nothing I can do to stop her to do what she does. She’s over 18, she’s an adult, what she does with her life and her body and her stuff is her business,” Paul stated. “What I don’t like is when she takes my son.”

Speaking of Karine’s potential suitors, host Domenick questioned Paul about Karine’s pregnancy, if he knew the forthcoming child was his, and how the Brazilian native has treated him in the process.

“[T]here’s like a 99.99% probability he’s mine. I know when she got mad she said some things that [were] hurtful but … I’ve considered — just so we can put everything to rest — to have the DNA test to prove it,” he shared. “So that’s one thing I’ve considered doing just for that, but I really believe [the child] is mine.”

In terms of Karine’s behavior, Paul chose to “plead the fifth” on whether or not she drinks while pregnant and noted they use test strips to detect alcohol for her breast milk to confirm if she can breastfeed or not.

It’s when Karine is pregnant, Paul pointed out, that her mental health seems to suffer, alleging “some [bipolar] suspicions” from doctors.

“She would go from one thing to the next on [her] moods. One minute, she’d be really super happy, one minute she’d be sad, one minute she hates me, next minute she’s the perfect wife and everything else,” he shared, adding that his estranged wife definitely did suffer from postpartum depression. “That was one thing that affected us a lot during production and why our filming got shut down. That’s part of the reason she wasn’t in one of the tell-alls, because she got very emotional and [production] was very respectful and they understood that she had a lot going on emotionally and they wanted the best for her mental health, so they allowed her to step out of that situation so she could focus on that.”

Paul went on to confirm that he did get “a really hard hit” or “slap in the face” from Karine from time to time, again adding that the reality star often became unstable while pregnant.

“She gets stressed and frustrated and wants to let her anger out that’s okay, you know. But I tell her, ‘Please don’t do that, I don’t appreciate that,'” he said. “I get it, sometimes maybe it was me, maybe I got her frustrated, I got her aggravated and she got driven to that point. I really didn’t keep a tally.”

In terms of the restraining orders, the reality star stated that the whole debacle got “really crazy” and “unfortunate” and that it first went down due to his not wanting Karine to “run off” with Pierre without his control or consent.

“We talked to lawyers, we got everything figured out, we dropped everything on those, on both the orders. I have a thing in place for custody only, my motion is basically saying that I wanna make sure I don’t give up my parental rights for my children,” he said. “I don’t want her taking my children because one individual said he wanted to be the new stepdad and everything else and … I wanna be involved in my children’s lives and I wanna protect myself to be involved in my children’s lives and I wanna do what I need to do legally to protect myself so I have full access to my children in their lives as they’re growing up.”

Paul seems to be involved in all his children’s lives, including his and Karine’s miscarried child from 2018, which he apparently keeps … in a jar in the refrigerator.

“That’s one thing you do very different here in Brazil. In America, you can’t even keep a tooth, but here, they gave us the [miscarried child] when we left the hospital,” he revealed. “I didn’t realize what it was at first until later then when I found out what it was I was kind of like … wow — I was in shock. But we need to do a burial.”

Concluding the discussion, Paul confirmed he and Karine were not fired from the show, but they were rather “given time” to deal with their family drama.