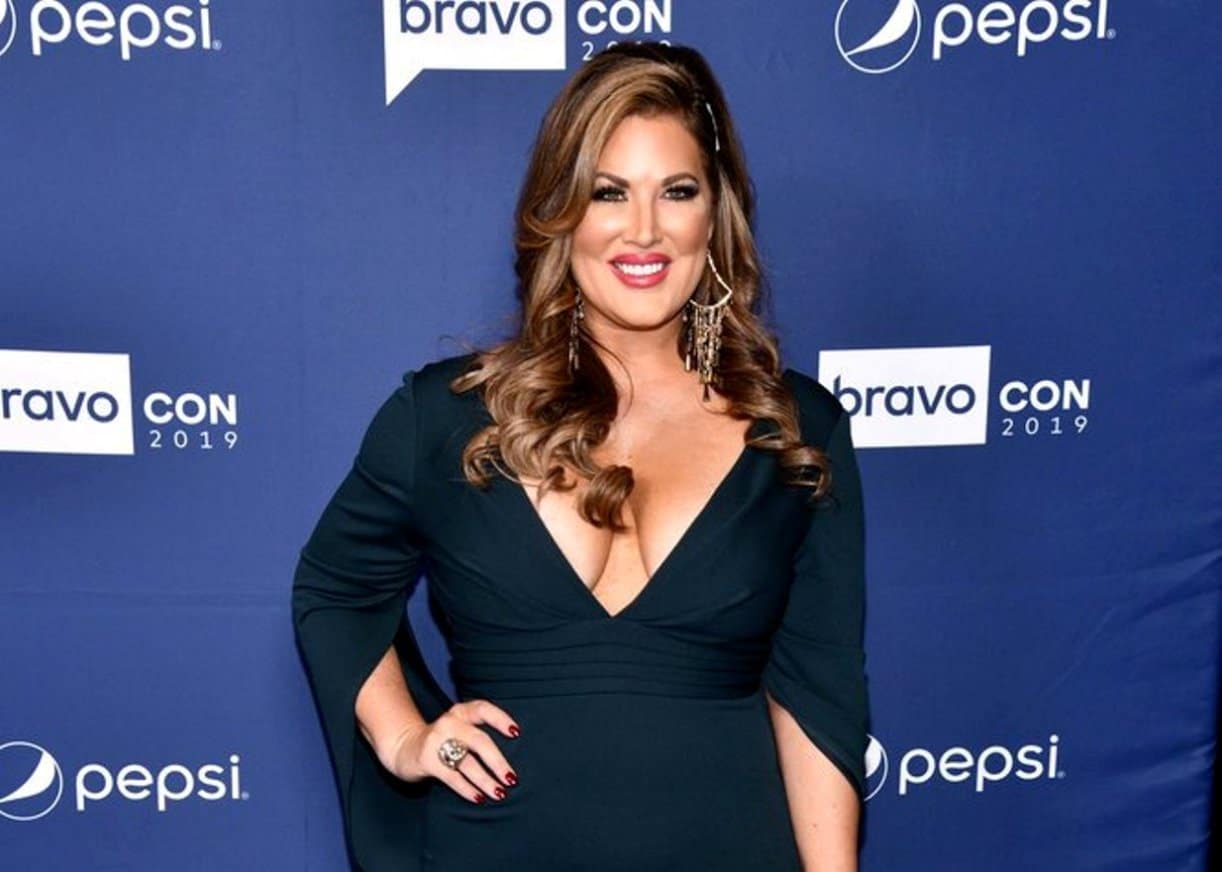 Emily Simpson hosted a Q&A session on Wednesday night with her fans and followers on Instagram and during the conversation, she shared a photo of her breasts after undergoing an explant surgery.

As she opened up about her plastic surgery to her online audience, the Real Housewives of Orange County cast member also spoke about the recent reunion taping for season 15, the hardest part of filming the Bravo reality series, and her experience with a stalker.

“Did you get your implants removed?” one person asked. 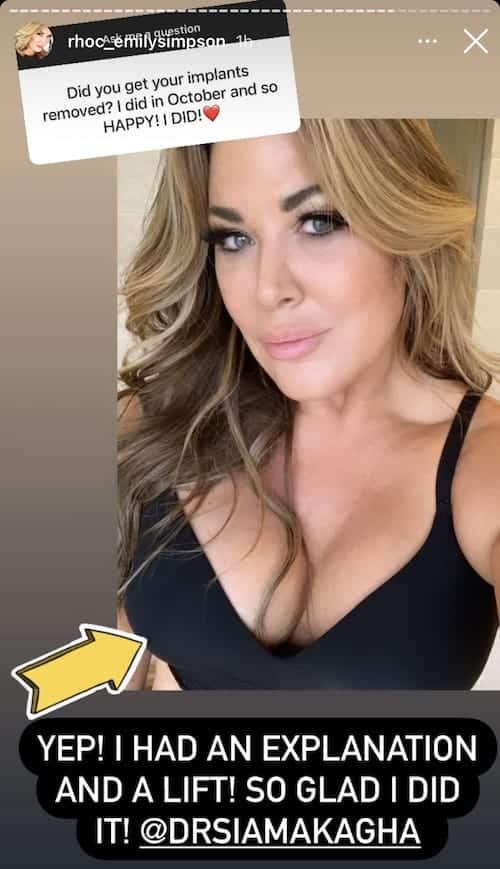 “How do you feel post-reunion??” another fan wondered.

As fans may have seen, Emily and her castmates reunited earlier this month in Los Angeles with host Andy Cohen for production on the upcoming special, which is expected to air in three parts starting early next year.

“I’m happy it’s over,” Emily said of the taping. “It’s an exhausting day and I get anxiety leading up to it… Now I just relax and enjoy my kids.” 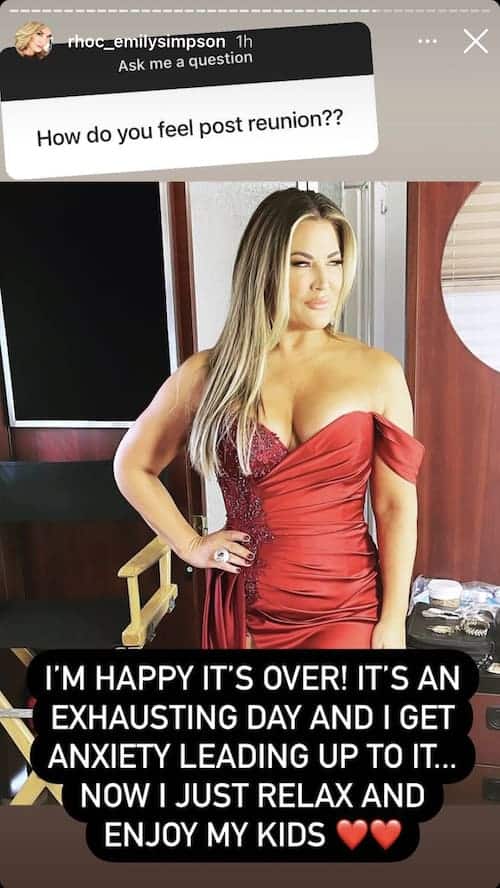 Another fan wanted to know if the RHOC reunion would be as good as the rumors claim. 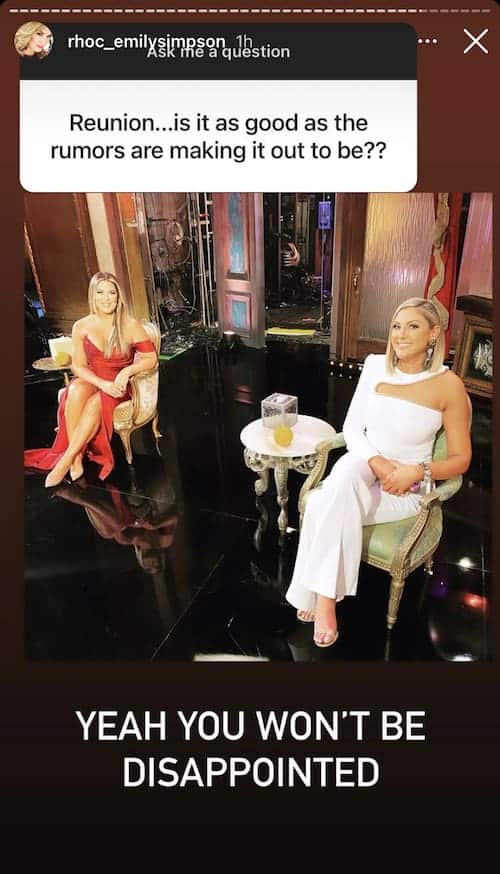 As for Emily’s experience with a stalker, the reality star and mom of three told another person that her scary encounter happened long before she joined the cast of RHOC.

“It wasn’t when I was on the show. It was 2006 and I lived alone in Sacramento… Some nut job was stalking me and messing with my life,” she shared. “It was scary.” 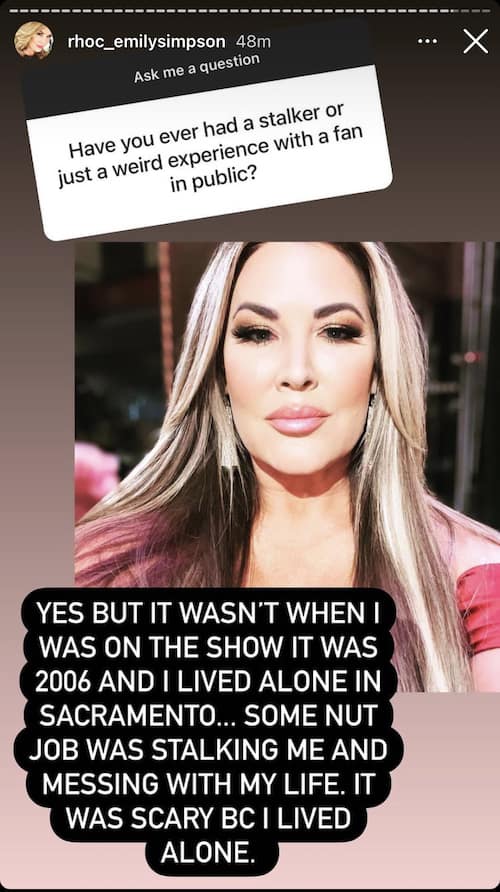 Emily went on to tell someone else that there are many challenging parts of filming.

“Talking about hard things and have it hurt others’ feelings, being away from my kids when we film long days/nights or trips and the social media comments that are completely off base,” she wrote. 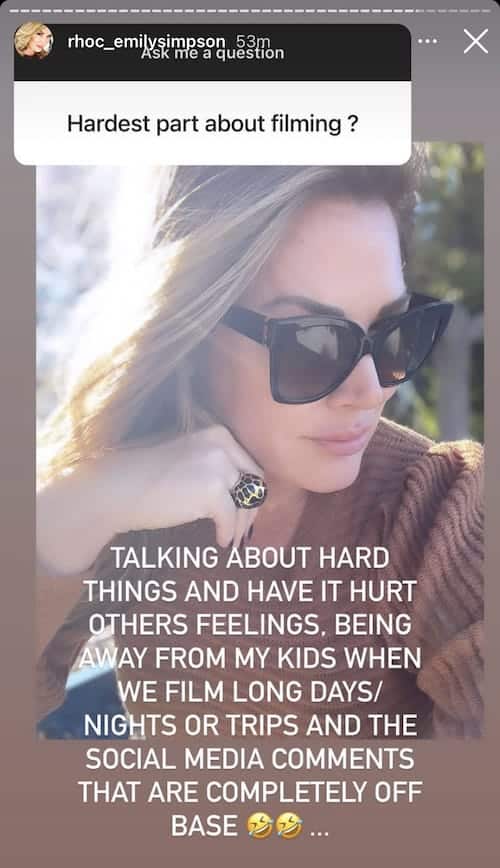 In another post, Emily was asked about the potential surgery she’s had on her face.

“How much surgery have you had on your face?” someone asked. 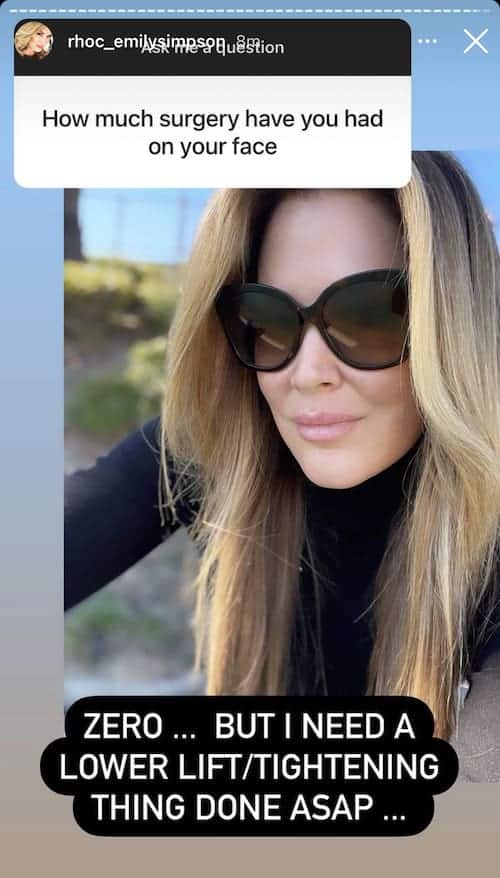