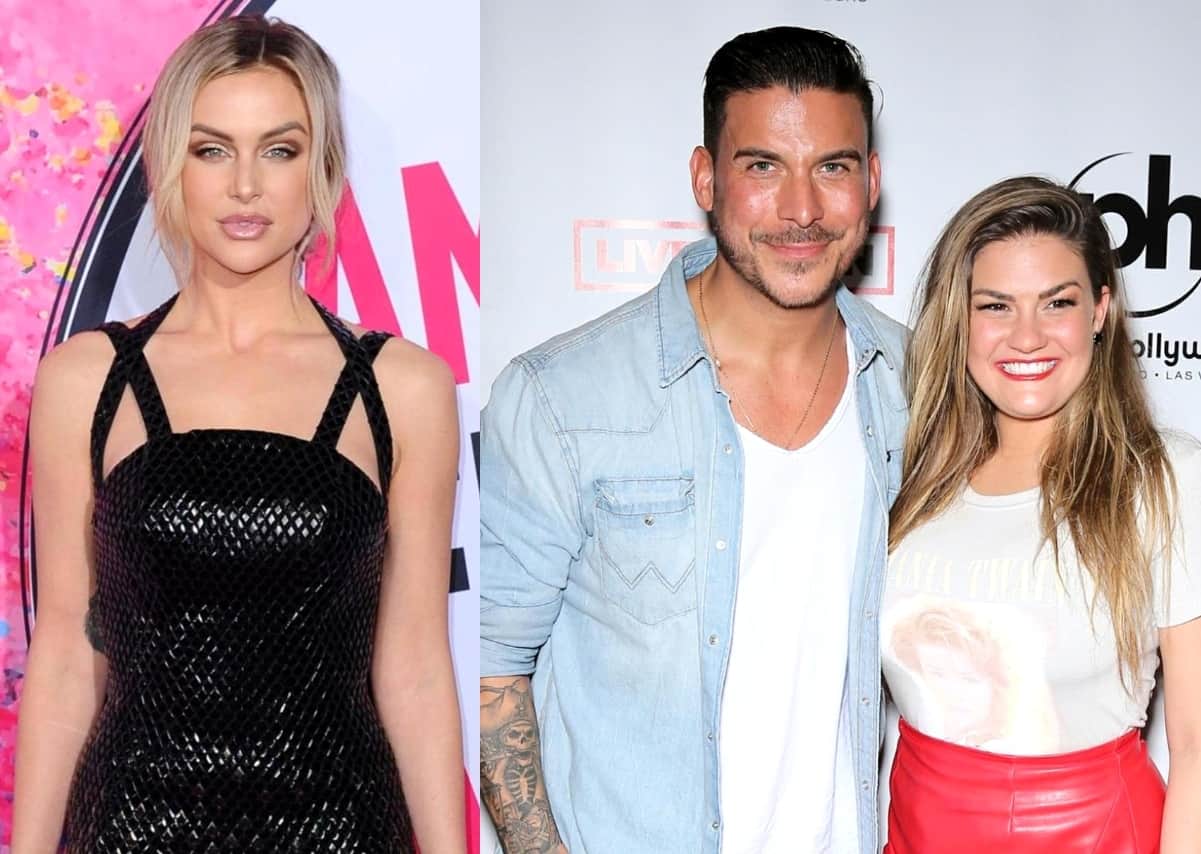 Lala Kent finally addresses Jax Taylor and Brittany Cartwright‘s exit from Vanderpump Rules and says she and her other cast members will always be the “Vanderpump Rules kids.” She also reveals that she experienced another recent pregnancy scare.

Lala has remained fairly quiet since Jax and Brittany announced they were leaving Pump Rules in early December, but she’s now admitting that the couple’s departure came as “a complete shock” and it has left her feeling “strange.”

“We don’t know where Vanderpump Rules is going to go, but it does feel very strange because we were — we are — such a tight-knit family and to film with them was like something we did that was fun,” Lala shared. “So, to see more people [go], it’s just very strange.”

The couple has been accused of past homophobic and racial behavior, and they were reportedly fired, though Jax has claimed they quit the series. As fans know, two other OGs, Stassi Schroeder and Kristen Doute, were also fired for past racially-charged actions against former castmate Faith Stowers.

Lala is still very close with all of the fired stars and she had nothing but kind words for Jax and Brittany, which she shared on her Give Them Lala… With Randall podcast.

“I have seen my cast members when the cameras are off and they show their most authentic selves. Brittany is a phenomenal human being [and] Jax Taylor, to know him is to love him, and I feel almost like a sense of loss.”

“We’ve seen each other at our most horrific, most vulnerable, [and] happiest states,” Lala continued. “So when you go through something like a television show, [a] reality television show with a group of people, you’re bonded. So, that bond won’t be broken, but it is sad that that chapter is coming to an end.”

Lala’s fiancé, producer Randall Emmett, also chimed in and explained that he’s “proud” of the couple. He claims that Jax has several “television” projects in the works.

“I’ve talked to Jax since [the announcement], and I’ve always been pretty candid with Jax, and his take is he’s ready for his next chapter and I think he’s ready to do what’s next for him,” Randall said. “I know he’s developing stuff and shows. This is definitely not the last of Jax Taylor. He’s got a lot of business ventures and TV development stuff that he’s working on, but I’m proud of both Jax and Brittany and how they’ve handled this.”

Lala then went on to discuss her and Katie Maloney‘s recent appearance on The Real Housewives of Salt Lake City. The Give Them Lala Beauty founder explained that she actually felt “exposed” and says she received some hate for her brief appearance, as some fans questioned why the “Vanderpump kids” were on the show.

Speaking of her pregnancy, Lala also shared that she had yet another pregnancy scare recently. The star previously revealed in October that she was placed on bed rest after doctors found a blood clot in her system. However, her latest scare involved the size of her baby.

“The baby [doctor] says, ‘I’m concerned about the growth of your baby. She is about a week and a half behind, she is in the 10th percentile, which I’d like to see her in the 50th percentile.’ And I started tripping the f*ck out! Like, we’ve gone through an entire appointment with him telling me blood flow is awesome, heart looks great, brain is perfect, [and] everything is good. But when you hear your baby’s not growing properly, you’re like, ‘what is she not getting?'”

She says she was so severely stressed over the news that she had trouble even sleeping, but the reality star made sure to concentrate on her eating.

“The only thing I could think about for two weeks was feeding my child so that she becomes a f*cking watermelon. That’s it,” she shared.

Lala explained that although her baby is still a very small “peanut,” the doctor is no longer “concerned” and explained to Lala that her baby girl will likely just “be a small person.”