Pregnant Lala Kent Opens Up About Health Scare and Being Put on Bed Rest, Plus the Vanderpump Rules Star Shares the “Unsexy” Side of Pregnancy 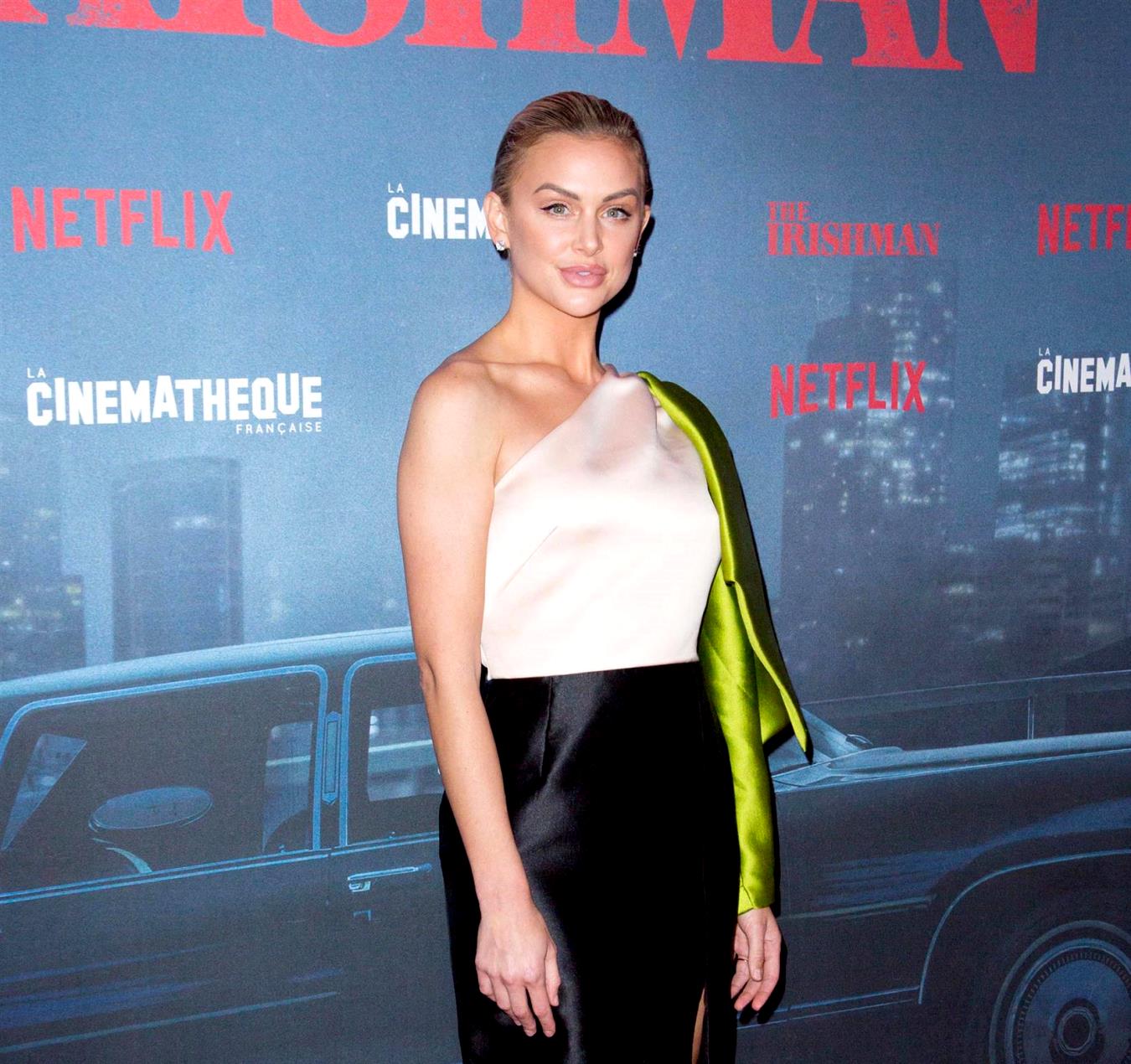 Lala Kent revealed “what [her] pregnancy looks like” on social media days ago.

Just over a month after confirming she and fiancé Randall Emmett are expecting their first child, the Vanderpump Rules cast member shared a series of bullet points on her Instagram Stories, revealing that she’s been comparing her baby bump to that of other pregnant women and sharing why she was put on bed rest early on in her pregnancy.

“I’ve been bump comparing which has made me spiral often, but my doctor has assured me, my baby girl is healthy and growing perfectly- that’s all that matters,” she wrote.

As Pump Rules fans have noticed, Lala and Brittany Cartwright have very different-looking baby bumps, with Lala’s barely showing at all and Brittany appearing quite noticeably pregnant, even though they are both due in April 2021.

Lala also has “bigger boobs which is awesome,” “bigger nipples which is not awesome,” and “hormonal blemishes everywhere [and] anywhere.” 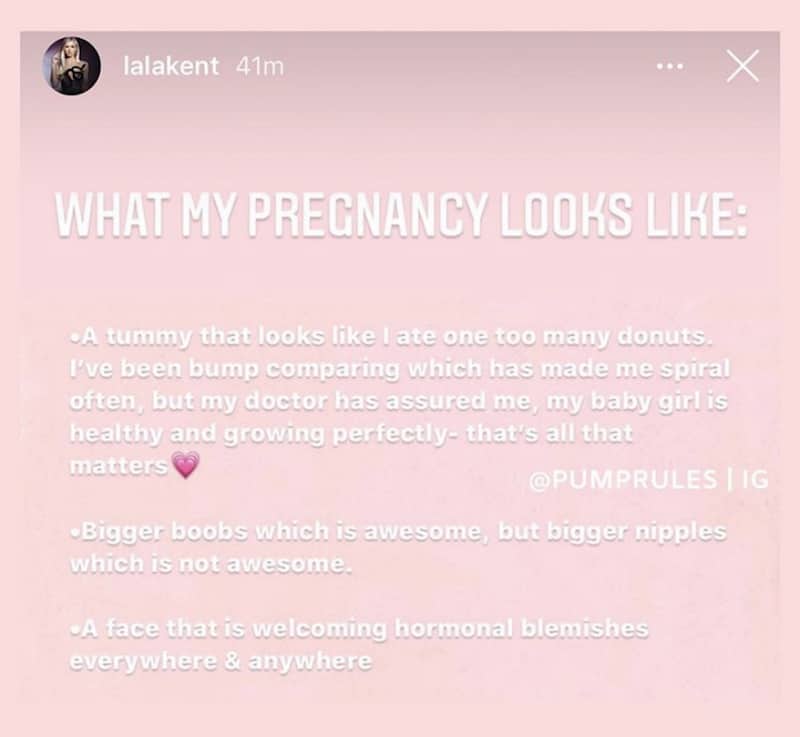 In addition to taking note of her body changes amid her first pregnancy, Lala told her online audience that she was placed on bed rest after learning she was expecting after doctors found a blood clot in her system.

“I was put on bed rest early on in my pregnancy due to a blood clot. In that moment all I cared about was keeping that clot from affecting my baby. I had no problem doing absolutely nothing,” Lala recalled.

While the blood clot is now thankfully gone, Lala, who is expecting a baby girl, said her figure was negatively impacted by her sudden need to be immobile.

“Being a couch [potato] has turned my a** into a pancake. How could you leave me so quickly, booty!?” Lala wondered, adding that she will be back to working out next week.

In closing, Lala told her fans and followers that while she was dealing with some not so fun side effects of pregnancy, she is still a “warrior.”

“This is all very ‘unsexy’ sounding. But I’m creating a person… I’m a f*cking warrior queen,” she proclaimed. 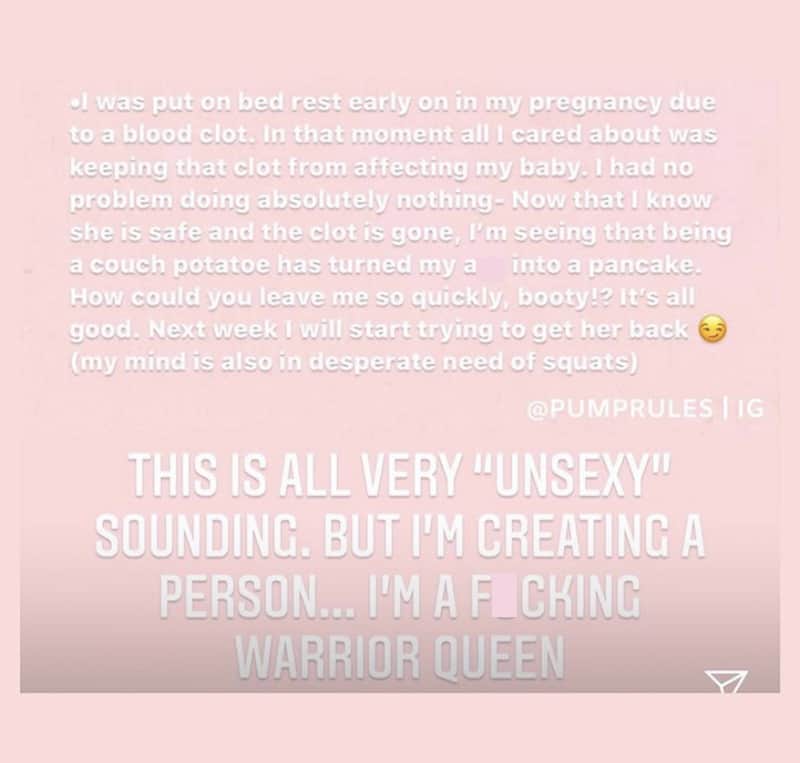 Also on Instagram this week, Randall gave fans a look at what appeared to be a number of Lala’s pregnancy cravings, including a bag of Sour Patch Kids and a pack of Pocky. 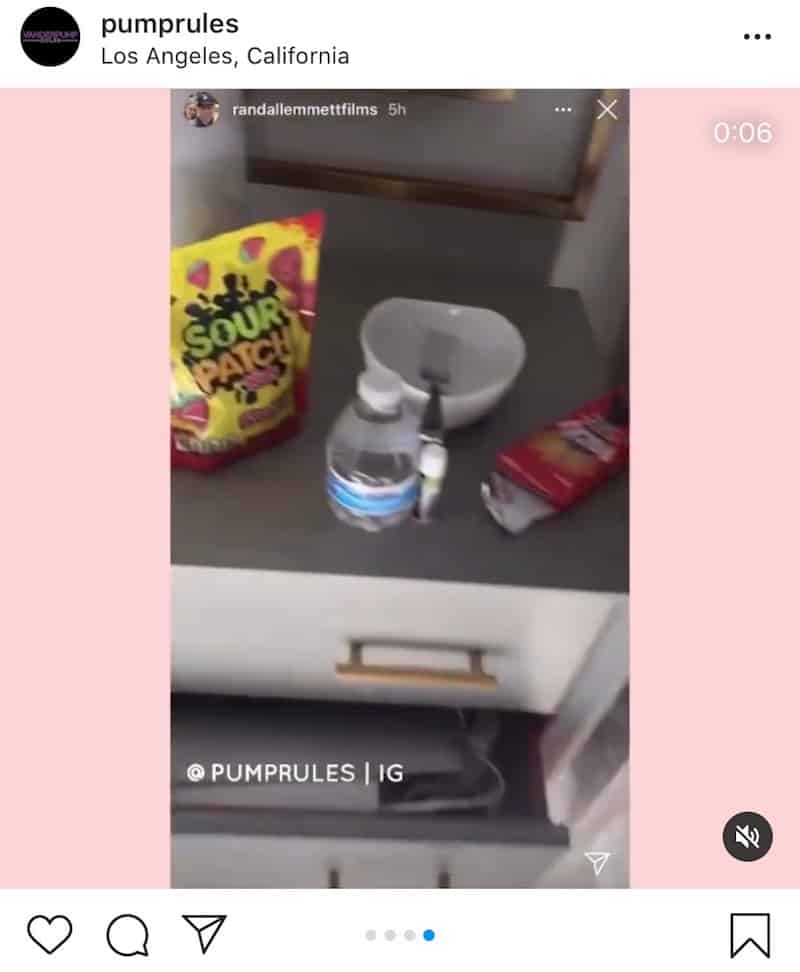 No word yet on when the Vanderpump Rules cast will begin filming their potential ninth season.