Jax Taylor Claims He Quit Vanderpump Rules Due to His Family as Reports State He Was Fired by Bravo, Plus Tom and Ariana React to Jax and Brittany’s Exits 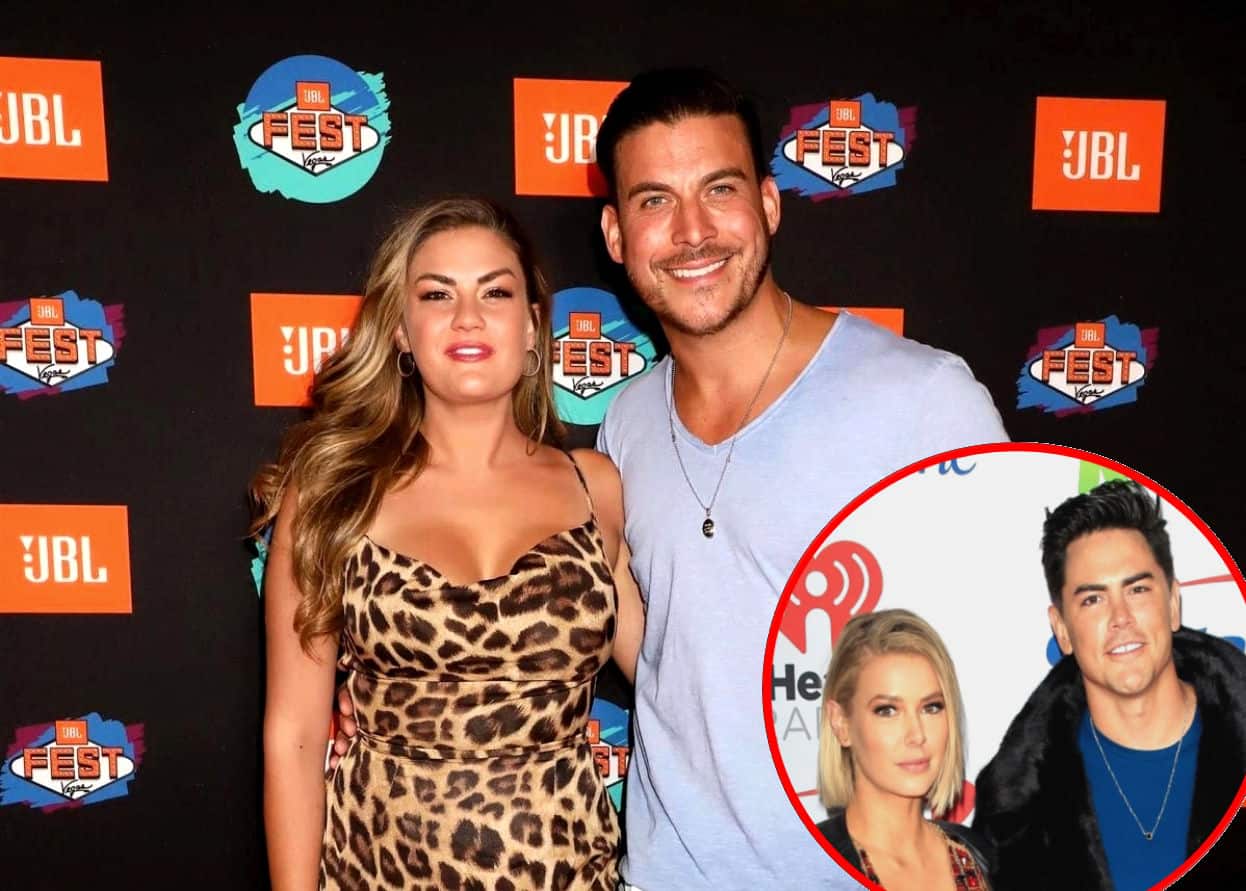 Why did Jax Taylor and Brittany Cartwright leave Vanderpump Rules and is there something else in the works?

Fans were left scratching their heads after the reality star couple both released official statements to their Instagram accounts on Friday, detailing their reasoning for exiting the series after eight seasons. Both were thankful for their time on the show, but cited their burgeoning family as the reason for leaving.

As fan reactions and comments rolled in, Jax responded to a few questions regarding his departure and what’s in store for the future, teasing a reality TV return.

“Tell me there’s a spinoff vanderpump babies or something,” wrote a fan on Jax’s Instagram post (via Comments by Bravo).

“stay tuned!!! ????” Jax responded as another fan wrote about their hope for more from the reality star.

“Ah!! Excited for you guys and what’s next!” exclaimed the viewer.

“I just couldn’t see doing this same type of show with a child,” Jax replied. “My marriage and my family are more important. I am excited now to be a fan.”

Although this messaging from both Jax and Brittany ostensibly suggested their voluntary departure, fans wondered if they were actually booted by the network instead.

A report from Variety validated the news on Friday, stating that Jax “has been fired” by Bravo. A TMZ report also initially stated that the couple had been “canned” by Bravo, before later adding an update stating that a source close to Jax insists it was Jax and Brittany’s decision to leave the show due to their growing family.

Jax’s reported axing isn’t much of a shocker since fans have been anticipating — even calling for — Jax’s removal from the show this year (okay, and maybe since the show began).

Jax has long been a polarizing figure for Pump Rules fans, with some fallen victim to his natural charm and good looks while others have denounced his womanizing ways and raging bull-like temper. Even so, those characteristics have nevertheless made him a solid reality TV personality, still granting the show solid Nielsen ratings for its eighth season this past year (via Variety).

This year made for an exceptional case, however, as it relates to Bravo restructuring its shows, casts, and network outlook, with the show making the dramatic choice to fire Pump Rules OGs Stassi Schroeder and Kristen Doute after their racially-charged past actions against former castmate Faith Stowers resurfaced. Fans called out Jax for being involved in the situation, pointing to his past tweets accusing Faith of crimes Stassi and Kristen alleged, and tempers flared over the network seemingly choosing to keep Jax on for the show’s 9th season.

That 9th season, however, has also been in jeopardy, not yet confirmed to return amid COVID-19 restaurant and production shutdowns (even when Jax unofficially announced its supposed upcoming filming dates on his Instagram live in October). Per Jax’s responses to fan comments, this could mean a potential new spinoff series involving the Pump Rules original cast, aimed toward a different demographic, considering their recent life changes (perhaps centered around TomTom?).

After revealing the news on Friday, Jax and Brittany’s castmates have already shared their two cents, with Jax’s ex-BFF Tom Sandoval and his girlfriend Ariana Madix both reacting to the announcement.

“We know as much as you,” Ariana told Hollywood Life on Friday, with Tom noting that they had “no idea” about the news until it was released to the public.

“Literally, as I was about to click on your page I was like, ‘Oh, [Jax and Brittany are] going live,’ saw it, and that’s it,” Ariana went on. “So we’re here. We don’t know. We have no inside. We’re out of the loop…but yeah, crazy.”

“We had no idea!,” Tom exclaimed, again noting his surprise.

“You know more than we do. I’m one of those people where it takes a long time to process things,” Ariana admitted. “Get back to me next week!”