Scheana Shay Admits She’s “Worried” About the Future of Vanderpump Rules and Talks Suffering From Anxiety After Pregnancy Loss, Plus She Details Daughter’s Near-Health Scare 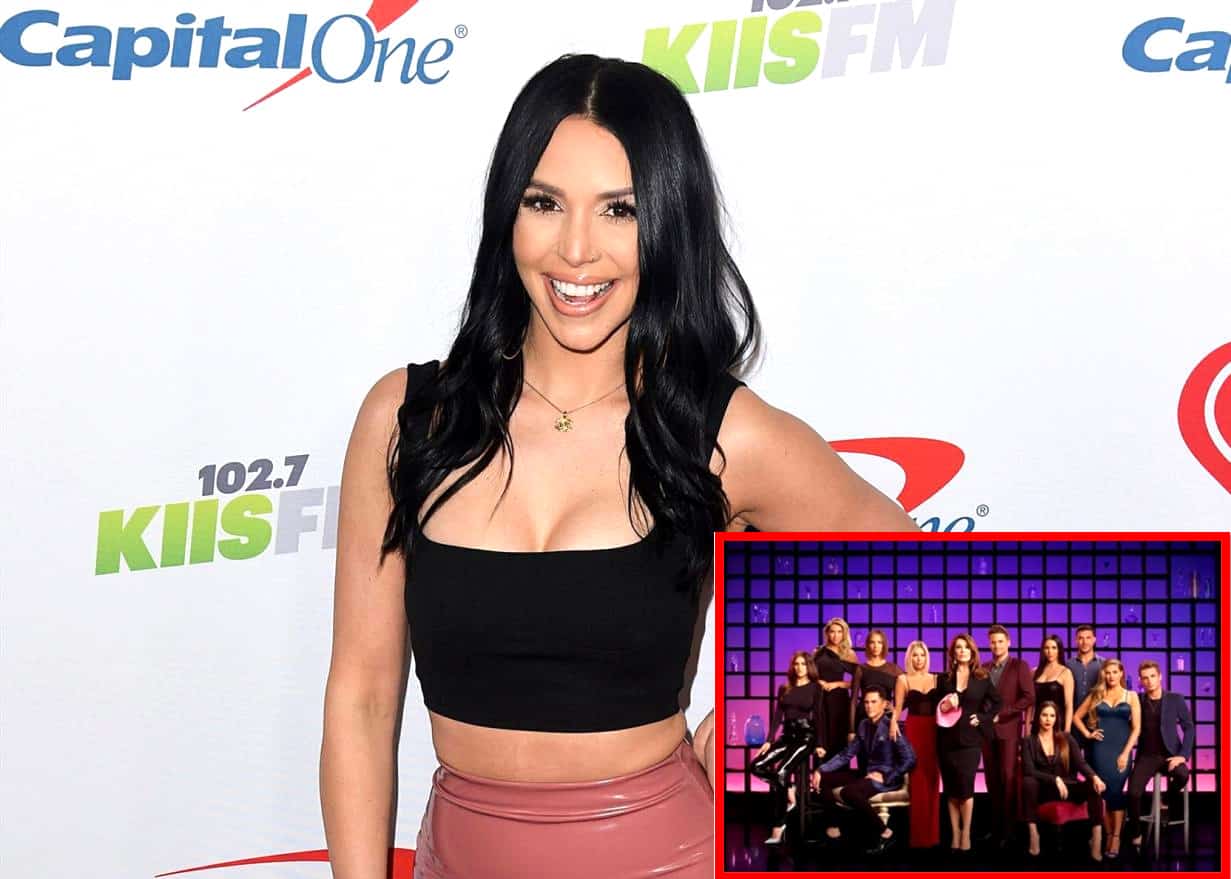 Scheana Shay is growing concerned over the ongoing hiatus of Vanderpump Rules.

During the latest episode of her podcast, Scheana revealed when she thought she would begin filming season nine and addressed the statuses of Lisa Vanderpump‘s restaurants before admitting to suffering from anxiety and revealing that her unborn daughter had a near-health scare.

“We’re not [filming] and now I’m worried,” Scheana said on the November 20 episode of Scheananigans. “We don’t know exactly what’s going on. We were just going to assume that with three cast members all due in April, they would schedule around that. But nothing has been set for sure and now, with all the counties or the state going back into purple, I don’t know if that’s going to affect what the tentative plan even was.”

In addition to Scheana expecting, Lala Kent and Brittany Cartwright are also pregnant with their first children.

Unfortunately, because SUR Restaurant, where the show is based, was closed for months and is believed to be on the verge of yet another closure, fans won’t be seeing the early moments of their pregnancies on the series.

Pump also reopened after the March shutdown, but TomTom, which is co-owned by Lisa, her husband, Ken Todd, Tom Schwartz, and Tom Sandoval, never did.

“TomTom hasn’t opened back up. TomTom is a really big tourist attraction place. You’re not getting a lot of locals. Pump has been there even longer. It’s on the corner. It’s all outdoor. I feel like they were like, ‘Let’s try it out with Pump and see how that does before opening up TomTom,’ which is more than twice the size of Pump [with] the staff [and] all of that. I think they’re worried about opening up such a big place that is so touristy,” Scheana explained.

While it is unclear how long SUR will remain open, Scheana is looking forward to returning to the restaurant and is considering hosting her podcast from the venue in the coming months.

“I wanted to start hosting a live podcast there and just stay involved in the restaurant,” she shared, noting that she’s “obviously not going to be pregnant in a SUR dress.”

Moving on to the topic of her pregnancy, Scheana said that while she’s excited to be pregnant, she’s still dealing with some trauma due to her June miscarriage.

“I’ll be excited once I have a healthy baby. In the meantime, I still have anxiety,” she admitted. “I’m like, ‘Do you still have a heartbeat? Are you okay in there?’ I want to be excited and I’m 17 and a half weeks now but after having a pregnancy loss, it’s terrifying. I’m trying to stay optimistic because I don’t want to manifest that something is wrong.”

“I can’t feel her kick yet. She’s too small. So until I can feel that I’m just like, ‘Okay, my body would tell me if something is wrong,'” she added.

Scheana then noted that while she knows she’s pregnant, she doesn’t look pregnant quite yet.

“I don’t have a full bump yet so I feel pregnant internally, but externally, I just feel fat,” she explained. “My boobs are big. I gained 16 pounds. I’m starting to get stretch marks on my hips. My hips have gained four inches. I’m just getting wider.”

While Scheana’s baby is doing well at the moment, she told listeners that she and her boyfriend Brock Davies nearly faced a muscular dystrophy diagnosis.

“When we got our genetics test done, I tested positive for a gene that if he happened to also be positive, it could have led to muscular dystrophy and been really bad,” she said.