Scheana Shay Denies Claims She Got Pregnant to Compete With Cast Mates From Vanderpump Rules as Mom Also Defends Her, Plus Scheana Shares If She Conceived Naturally and Shows Off Baby Bump in Tight Dress 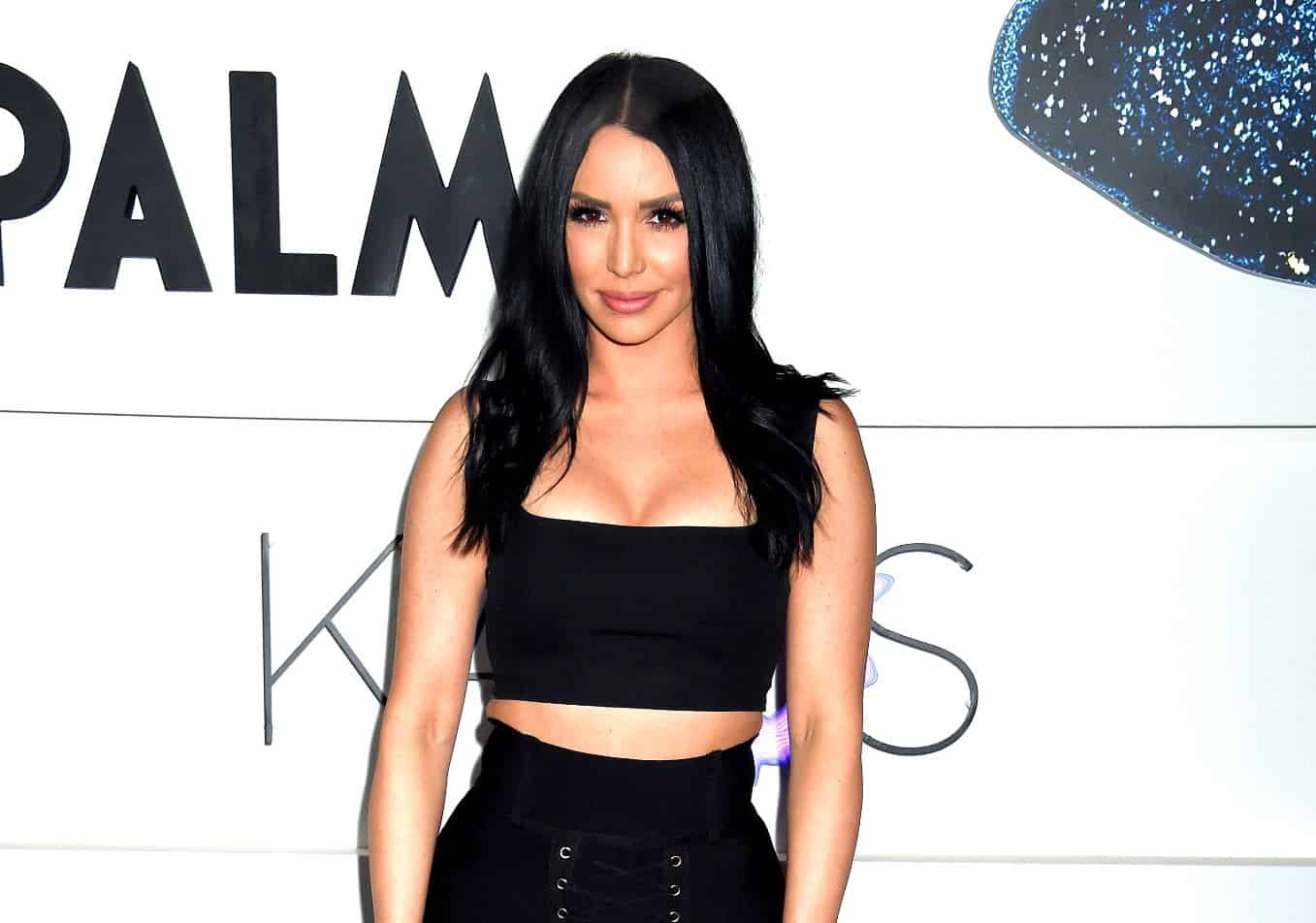 Scheana Shay and her mom, Erika Van Olphen, are fighting back against haters who have accused Scheana of getting pregnant in an effort to compete with other members of the Vanderpump Rules cast who announced their own pregnancies in recent months.

Following Scheana’s pregnancy announcement on Wednesday, she and Erika reacted to criticism from fans on Twitter as the reality star showed off her growing baby bump with boyfriend Brock Davies on Instagram.

“So, I’ve been reading articles about [Scheana] getting pregnant just because everyone else is. First of all, she’s been trying for a very long time & second, that’s not okay to say about someone when you don’t know what they’ve been through. Congrats girl! I’m so happy for you!” one fan wrote.

“That’s crazy! Lol. I was pregnant in May, it just didn’t work out sadly. And I froze my eggs twice prior,” Scheana confirmed. 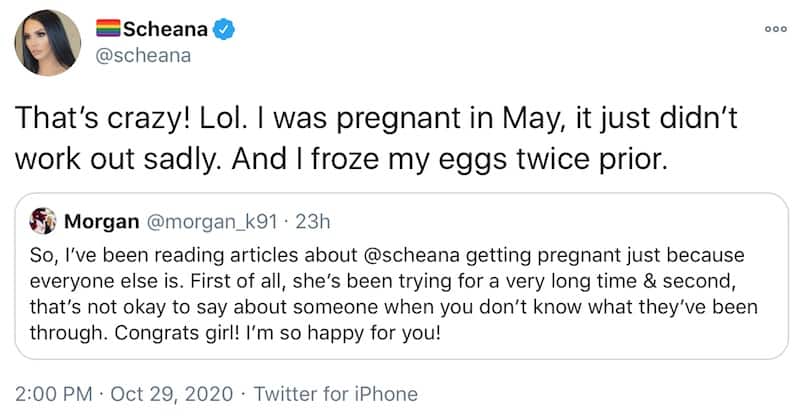 Around the same time, Scheana shared a message written by her mom.

“As Scheana’s mom, I’d like to first say ‘Thank you’ to all the beautiful [messages] and well wishes… I’d also like to address those who think they know her story and or that she got pregnant as a ‘trend’ or a competition with her other cast mates!!” Erika said. “First of all if you truly knew Scheana and or followed her on her YouTube channel you would know that she has struggled with fertility for years.. She has gone through [two] rounds of freezing her eggs and while deciding to possibly do a [third] round she was Blessed with a pregnancy!! Sadly she miscarried the baby.. Afterward, her doctor advised her to wait one ovulation/one period cycle and she could try again!”

“After waiting over a month, to our surprise she got pregnant again… Yes she was scared but so very grateful!!” Erika continued. “She is now almost 15 weeks and both her and the baby are doing great! So before judging someone and assuming you know their background maybe refrain from the negativity and just be happy for her… Scheana is a 35-year-old grown woman and is going to be the most amazing mother and I’m so lucky to have her as my daughter!!”

While Scheana struggled with fertility for many years, she did not have to seek out additional methods of conception to conceive this time around, which she confirmed to a curious fan.

“So happy for your rainbow baby! Did you use a frozen egg or did you guys get pregnant naturally?” the person asked.

Also on social media on Friday, Scheana took to her Instagram Stories, where she showcased her growing baby bump in a tight pink dress while posing alongside her boyfriend and her cat. 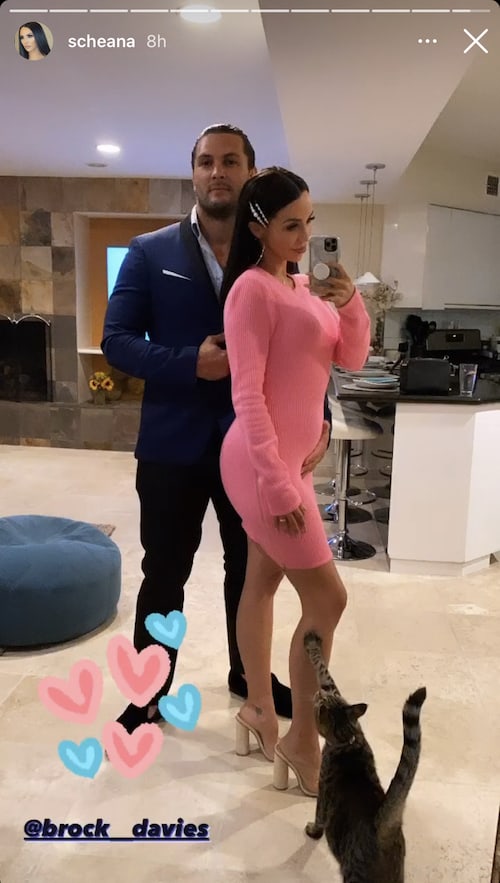